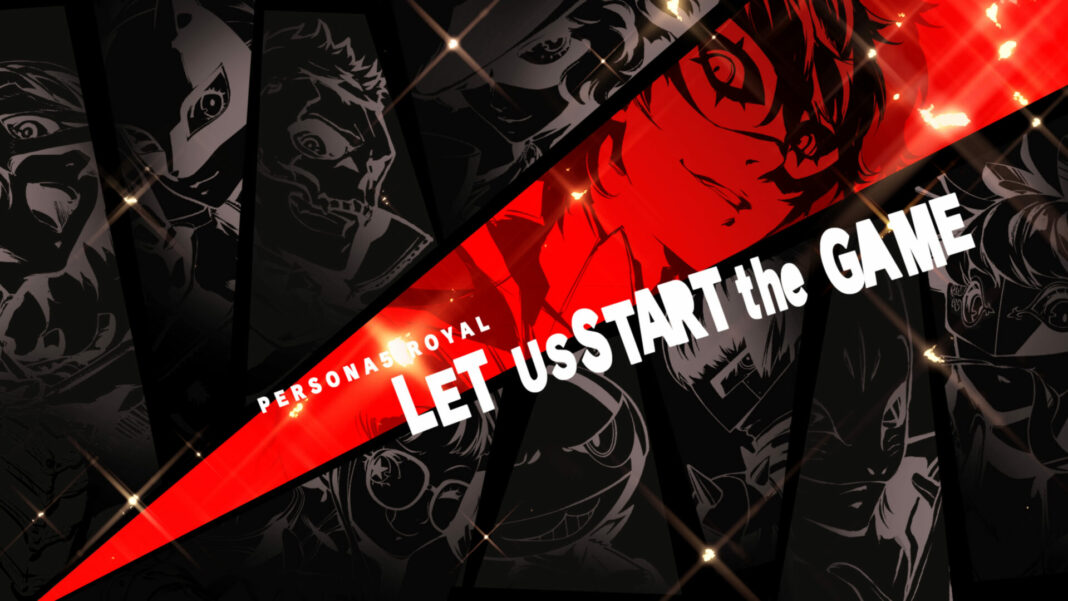 Persona 5 Royal debuted in the West in 2020 on PS4, and it finally has arrived on all modern platforms including PC with prior DLC. Persona 5 Royal is the second mainline Persona game to hit Steam following Persona 4 Golden, and it has gotten an excellent conversion that shines on modern displays and on Steam Deck. For this Persona 5 Royal PC review, I’m going to cover the port features, how it runs and feels on Steam Deck, and whether it is worth getting as a newcomer or someone who already played Persona 5 or Persona 5 Royal before.

Persona 5 Royal was an enhanced release of a PS3 and PS4 game when it debuted back in 2020 in the West, but this new version has a few enhancements and changes. The Persona 5 Royal PC requirements are very low as expected and even dated hardware can do 60fps.

I was very interested to see what graphics and display options Persona 5 Royal would have on PC, because Persona 4 Golden was a pretty great port after a few patches that scaled up quite a bit compared to the PS Vita version. The Persona 5 Royal display options include support for resolutions as low as 320 x 200 and all the way up to 4k (in my testing). It supports fullscreen, borderless, and windowed mode with a v-sync toggle. You can also choose which monitor to play on.

Persona 5 Royal is capped at 120fps on PC as of this writing. You can toggle the frame rate limit across 30, 60, and 120. It has graphic quality presets, but also lets you tweak the available options. These are rendering scale (50% to 200%), shadow quality (low, middle, high), screen brightness, select anti-aliasing (none, FXAA, SMAA), and enable or disable depth of field (off, low, high). These options might seem lacking compared to newer big PC releases, but they are a lot more than I expected for a port of Persona 5 Royal. I was very glad to see it support 120fps, but hope a potential future update can add more frame rate limits and options.

Persona 5 Royal has full support for multiple controllers, keyboard, and mouse gameplay. It even displays the correct button prompts depending on your input method, or can be locked to a specific controller. While playing on my laptop, it automatically showed me DualSense button prompts (it has a separate selection for DualShock, DualSense, Pro Controller, and XInput prompts alongside and auto-find option) with my controller plugged in.

The keyboard and mouse prompts also appear for the game’s combat menu, which was also good to see. One thing worth noting is that while the console versions have a camera speed option, the PC version has sensitivity options for controller in addition to mouse.

On a laptop with an AMD Ryzen 5-3550H processor (2.1GHz Base speed up to 3.7GHz), 16GB DDR4 RAM, and an Nvidia GeForce GTX 1650 4GB GPU, I decided to see what I needed to adjust to get it running at 120fps on the laptop’s display. Getting 1080p at 60fps with many things at max (not shadows) was very simple, but I wanted to see what was needed for 120fps. Since Persona 5 Royal has open and closed areas, the frame rate can vary, but dropping shadows down a bit helped keep it around 100fps in parts on this setup, but it was always below 70fps in the more crowded open areas.

I decided to set the frame rate to 60fps and turn everything else up to get the best possible image quality instead for my playthrough on PC. If you want to push things further, get the rendering scale to 200% for the best possible image quality with SMAA, but this will tank the frame rate. Obviously this isn’t feasible on the laptop I used, but there are many options to tweak the visuals to your liking here. Basically even on dated hardware like this laptop, getting 60fps which wasn’t possible on the PS4 version and at 1080p with great image quality, is easy to accomplish.

Alongside the Nintendo Switch version, I was most excited to check out Persona 5 Royal on Steam Deck. It was showcased at TGS 2022 running on Steam Deck, so I was hoping there would be no issues. Having now spent dozens of hours with it on Steam Deck, it looks and runs great at 60fps. You can even push it a bit more with 900p or 1080p resolution or increase the render scale to your liking while maintaining 60fps. While you could stick to 30fps for better battery life, I decided to keep things at the best possible fidelity with 60fps in my time with it on Steam Deck.

If you do have a Steam Deck and were wondering how Persona 5 Royal is on it, it is fantastic and exceeded my expectations in just about every way. Being able to also set DualSense button prompts here made it a much better experience for me considering I’ve put in hundreds of hours into Persona 5 Royal with those prompts across the PS4 version of the base game and Royal. You can set it to PlayStation (both PS4 and PS5), Xbox, and Switch prompts here.

While the console versions of Persona 5 Royal let you select audio language like you can on PC, the PC version goes an extra step and lets you adjust individual volume for voices, movies, sound effects, and music in addition to master volume. I hope this gets added to the console versions in the future, but for now, it is a great additional set of options for PC.

Should you play Persona 5 Royal on PC?

While Persona 5 Royal didn’t get a PC port of the same quality as recent Falcom games ported by PH3, it exceeded my expectations with its support for 120fps, much better resolution support than the PS4 version, and a plethora of control options while being superb on Steam Deck. If you skipped Persona 5 Royal before, you have no excuses left, and this PC port scaling so well definitely makes it an easy recommendation.

Hopefully my Persona 5 Royal PC review helped you decide if you should play one of Atlus’ best games ever on Steam Deck or your PC. The wait for mainline Persona 5 to hit PC in any form has been very long, but it has been more than worth it thanks to this excellent conversion that plays like a dream even on Steam Deck with DLC included.