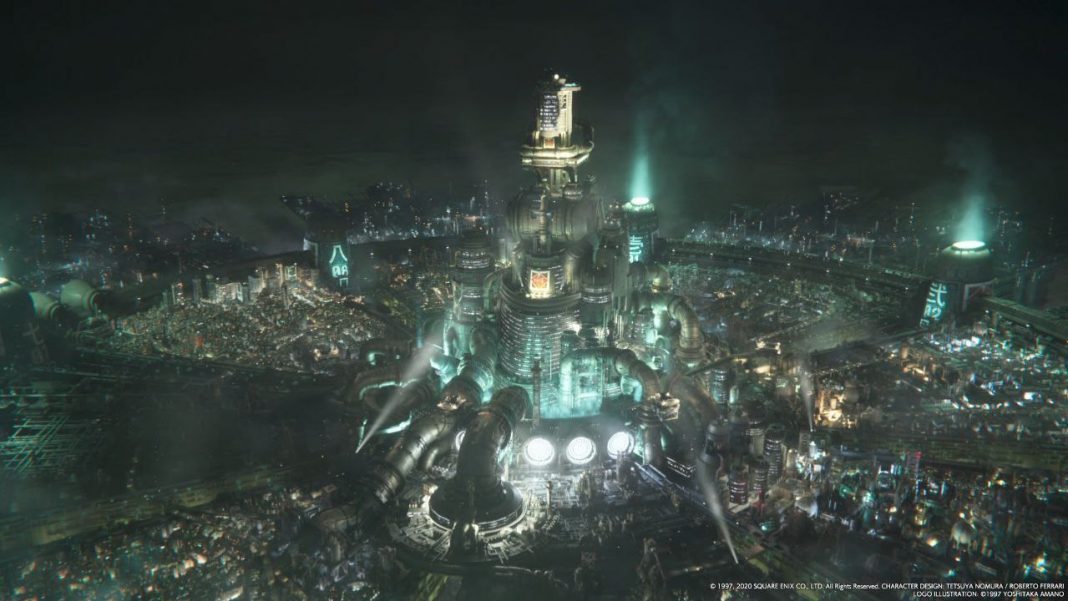 To the casual onlooker, the Final Fantasy VII Remake demo looks just like any of Square Enix’s recent AAA outings such as Final Fantasy XV or XIV. There’s a focus on attaining photo-realism with its character designs all while keeping specific elements like its environments, giant enemies, and attacks seem otherworldly. I’d hesitate to use the world “magical” for Final Fantasy VII Remake because it would imply either something straight out of Cupertino (thanks Tim Cook) or conjured in the world of Harry Potter (thanks JK Rowling).

That doesn’t mean staples of past Final Fantasy games don’t exist. Magic is present for combat purposes, allowing you to exploit enemy weaknesses while airships, colossal beasts, and of course Chocobo will reveal themselves as the story progresses in the final release (and releases as Square Enix has stated Final Fantasy VII Remake will be an episodic affair). This time around however, the intense level of detail informs newcomers and secures series veterans that they’re in good hands. 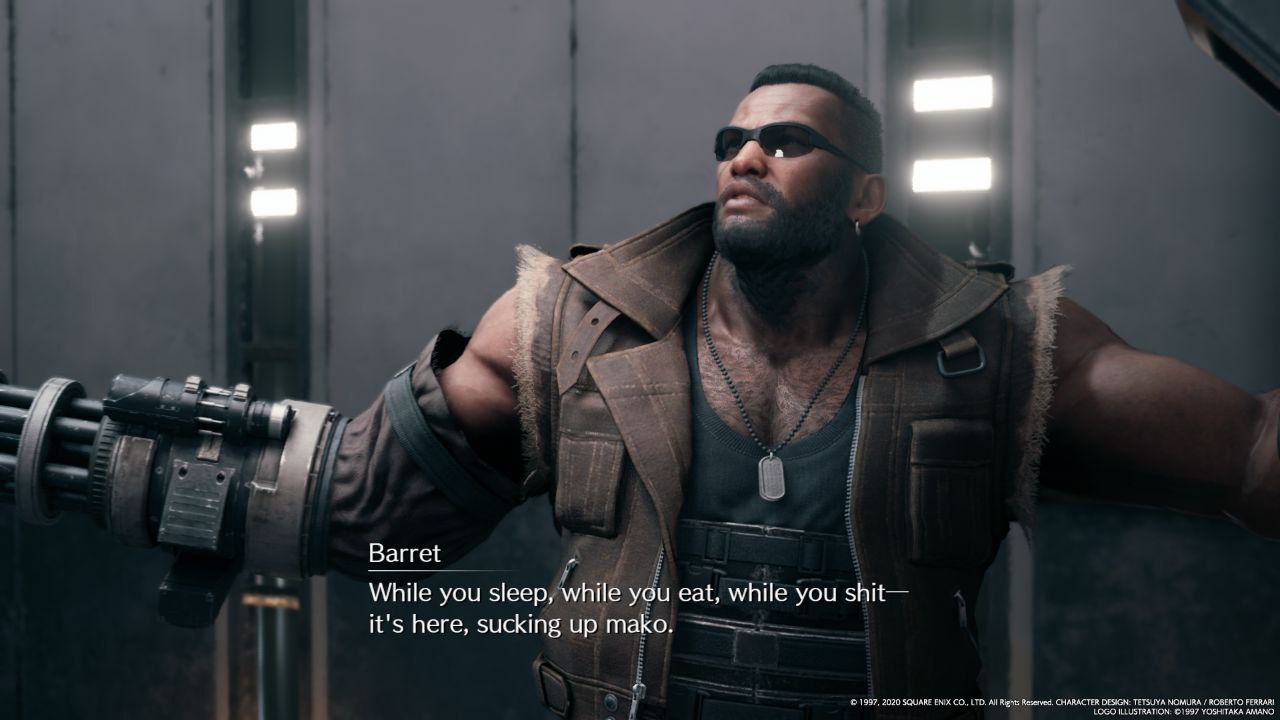 For example: protagonist’s Cloud’s worn out pauldron in the demo’s opening moments lets newbies know that this protagonist has had a few hard knocks in the past while old-timers may reminisce of the events during the prequel Final Fantasy VII: Crisis Core. Barrett’s diatribes for instance, remind me of how ranty he was while playing through the game’s original outing on PS1 (despite no voice acting in that release) and that adding some great voice work simply brought it to life, all while letting a fresh pair of eyes realise that the leader of Avalanche, while annoying, does indeed care for the planet.

A smattering of well-written dialogue between Cloud and other Avalanche members does a good job of making Final Fantasy VII Remake’s pacing feel snappy all while revealing bits and pieces about his background, how a mercenary like him landed this gig, and even bringing romantic interest Tifa up in the first few minutes. 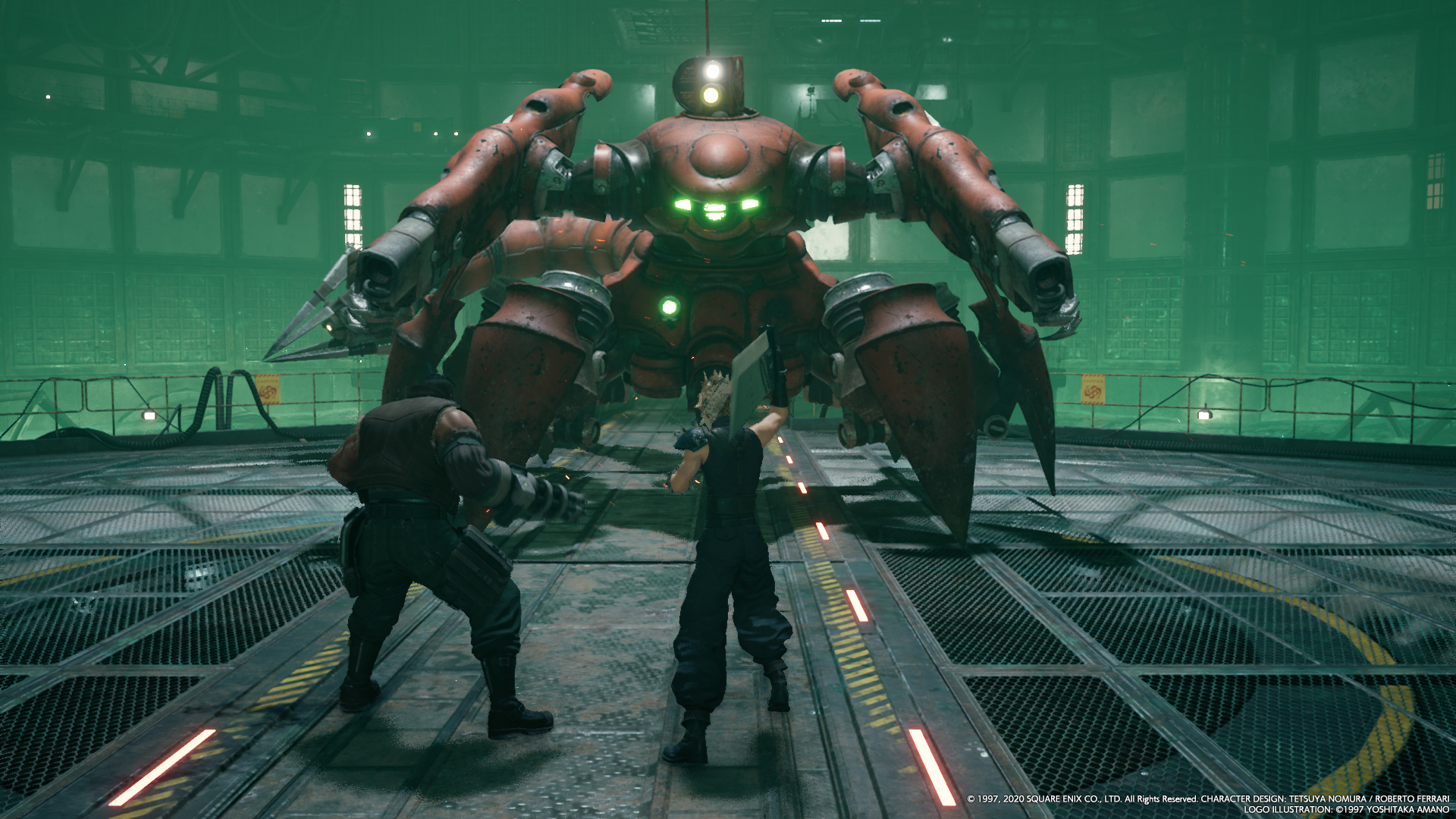 Sure, the original did the best it could to tell a story of a scrappy group in a dystopian future against powers beyond their comprehension with the tech available at the time. Square Enix’s reinterpretation goes far beyond this. Final Fantasy VII Remake not only builds on it, but has a style that’s unique to it. It doesn’t just have a rough, seedy vibe to it. In fact, it has a rough, seedy vibe of its own.

Final Fantasy VII Remake on PS4 isn’t just about the visuals. The combat has also been overhauled. Granted you can play it in a turn-based fashion for those familiar with the original, but the new systems in place are pretty slick. Bludgeoning an enemy with Cloud’s Buster Sword or laying down fire with Barret’s machine gun arm is a treat as is swapping between the two or issuing commands like magic or special abilities.

It feels like a refined variant of the combat in Final Fantasy XV and the Kingdom Hearts series and it works exceptionally well. Even a gigantic boss encounter like the Scorpion Guardian is entertaining to take down thanks to the presence of encounter-specific tactics such as taking cover under debris to avoid its laser attacks. 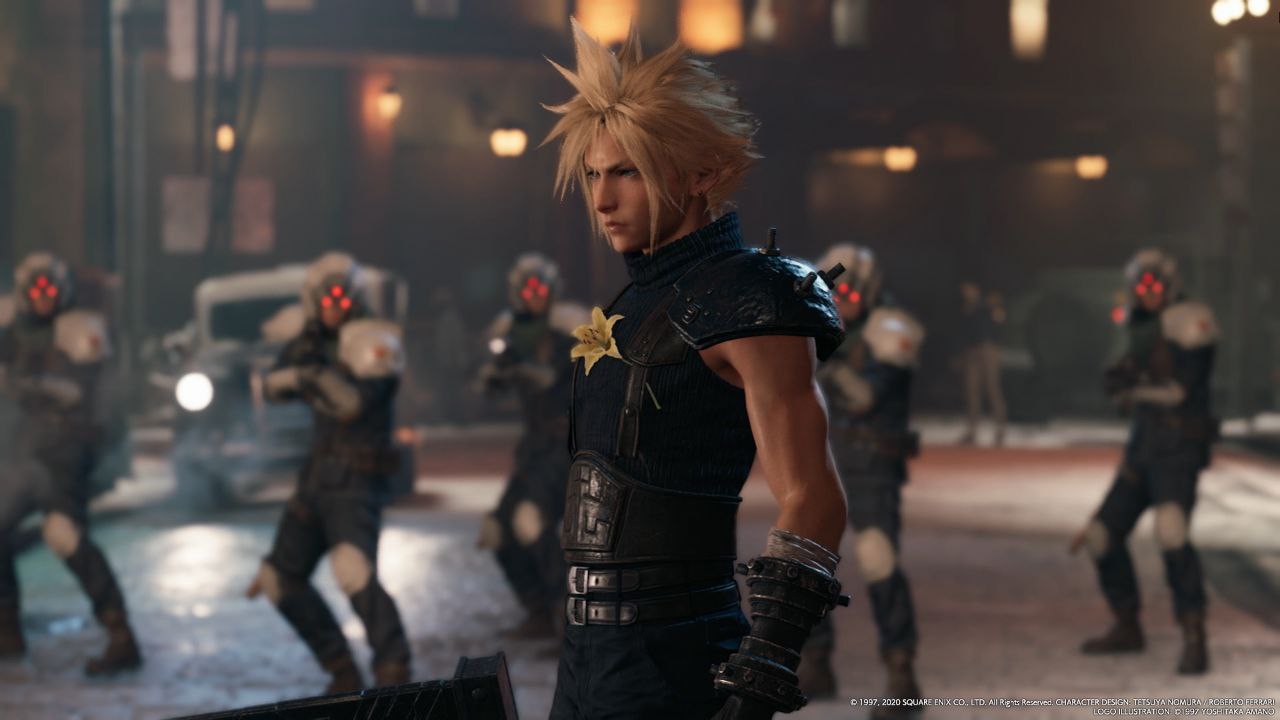 There’s even an element of strategy to the proceedings. Unlike the original, you can’t spam magic, rather you need to build up your ATB (active time battle) meter by attacking foes before you can use fire or lightning. The same goes for curative spells or items — not enough bars in your ATB gauge, you can’t use them. It’s a fresh twist that makes Final Fantasy VII Remake unlike past entries in the series, rewarding aggressive play. How it works over subsequent chapters when you have access to other characters will be interesting to see. While there weren’t any major technical issues, the frame rate did feel a tad sluggish during some cut-scenes. Perhaps this won’t be the case in the final release as it would mar what is otherwise an exceptionally polished game.

On the whole though, the Final Fantasy VII Remake moniker is deceiving. From a smart combat system to gorgeous visuals, it takes what was already great about Final Fantasy VII and improves upon it to the point where it feels like a brand new game. Hopefully the full release lives upto the demo, though as it stands, this may just be the RPG genre’s Resident Evil 2 Remake moment.

PS4 Diwali Sale 2020 Dates and Deals: What to Expect