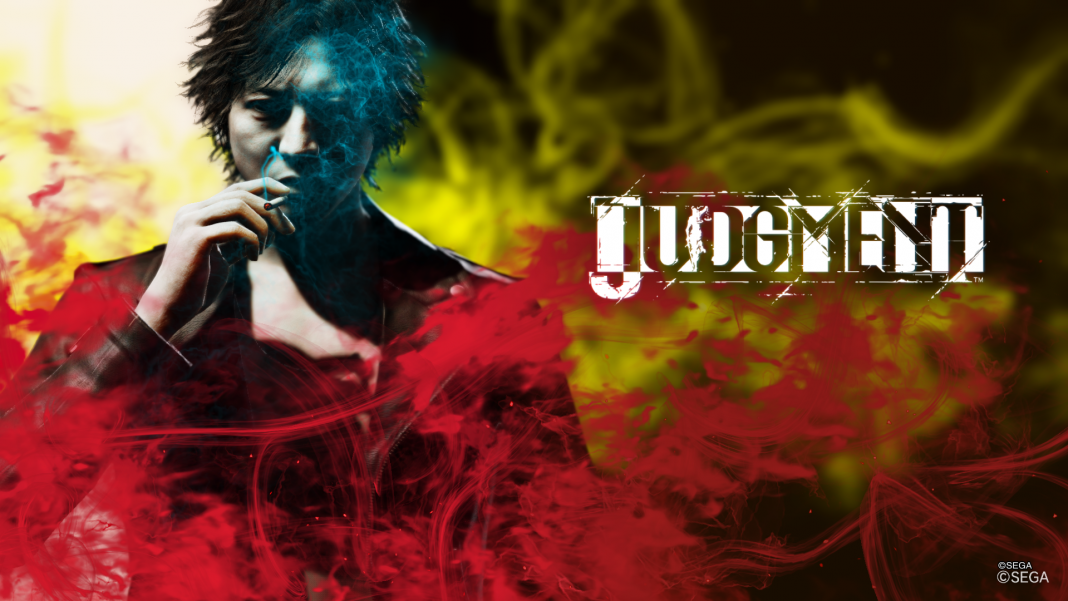 Judgment or Judge Eyes as it’s known in Japan is a spin-off of the Yakuza series of games by SEGA’s Ryu Ga Gotoku Studio. Unlike past Yakuza games that had you in the role of Kazuma Kiryu or his associates, Judgment has you as an ex-lawyer turned private detective Takayuki Yagami. And while Judgment takes place in the same universe as SEGA’s gangster simulator franchise, going as far as being set in the same location of Kamurocho, there’s more than enough here to keep fans and newcomers intrigued. The Mako Reactor played a final retail build of the game on the PS4 Pro prior to the Judgment release date of June 25 and here’s what you need to know.

Visually, Judgment is a welcome evolution over Yakuza Kiwami 2. Be it small details like neon signage reflecting in puddles in cramped alleyways or elaborate fight animations, the streets of Kamurocho haven’t looked better. The attention to detail extends to Judgment’s varied cast too, sporting intricate facial animations and near perfect syncing between character lip movements and their spoken dialogue.

Speaking of dialogue, this is the first game since the original PS2 release from this studio to feature English voice acting. It’s expertly done with the likes of Greg Chun (Detective Pikachu), Yuri Lowenthal (Spider-Man PS4), Matthew Mercer (Overwatch), and Fred Tatasciore (Metal Gear Solid 4) putting up convincing portrayals of yakuza, lawyers, cops, and private detectives that further adds to the immersion. Though this does break on occasion, such as taking on a side-quest or getting into a brawl with thugs on the street as their screams and utterances are distinctly Japanese. It’s not a major issue and switching over to Japanese voiceovers is an option if you find it too jarring though the English voice acting is so expertly done that it’s worth sticking to. 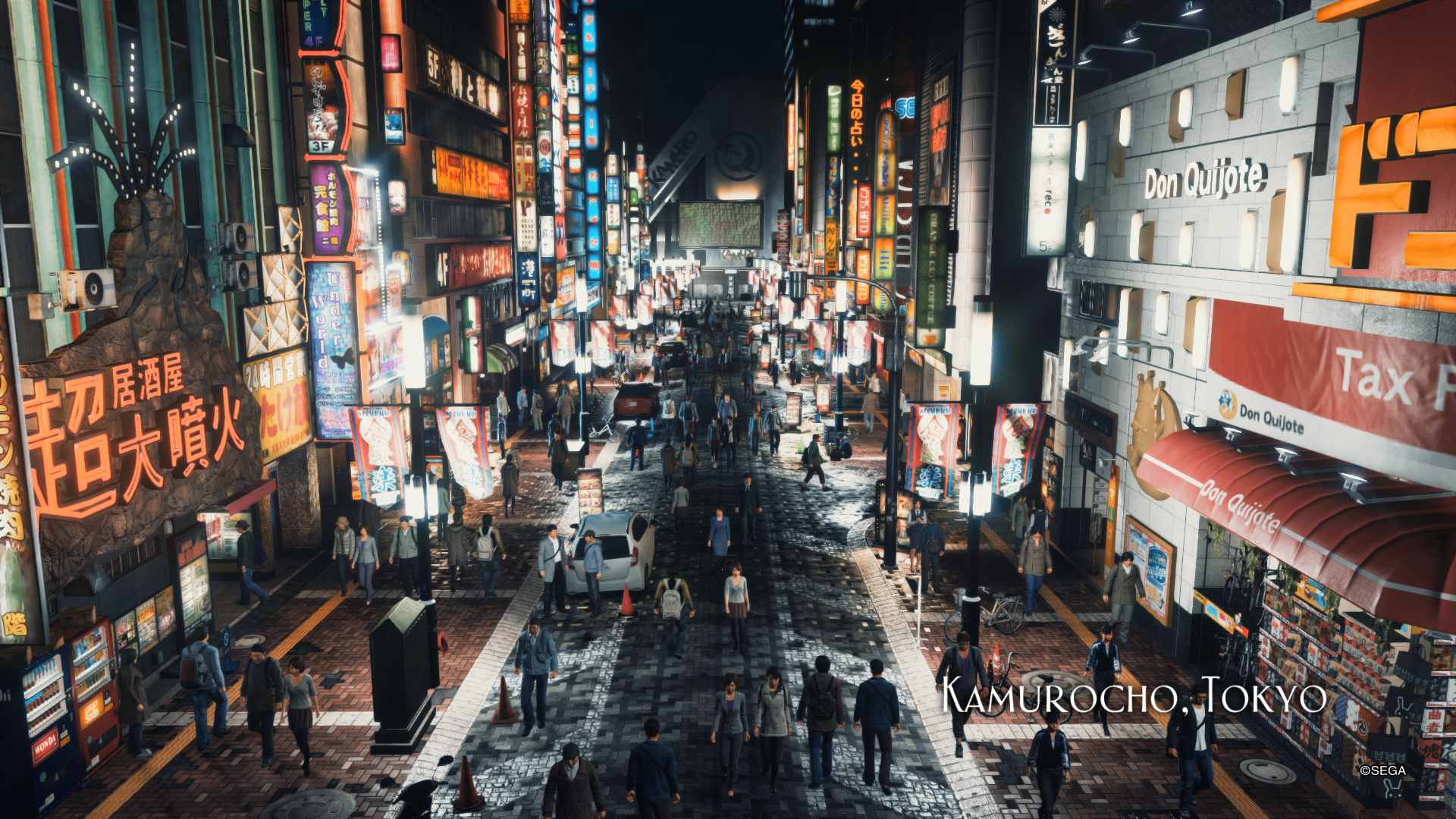 Aside from graphics and audio, other elements of Judgment are also a step up from the Yakuza games. It took nearly 15 years but now you can finally pin a location on the map and a waypoint is created, guiding you to it. Past titles had you opening the map ever so often to find out where exactly you needed to be, this isn’t the case in Judgment.

Other small improvements have found their way into the game such as being able to jump over cars and even leap out of a second floor window. In an age of open-world games aplenty it doesn’t seem like much, but its heartening to see Ryu Ga Gotoku Studio aware of such tropes and incorporates them where necessary.

One area where I’m thankful that Judgment bucks the trend of modern games is in the story. Granted this preview is just of its prologue and opening chapter, but it feels very promising. Set in contemporary Kamurocho, yakuza are being murdered by a serial killer whose signature appears to be scooping out their eyes and it’s up to protagonist Yagami to save the day. 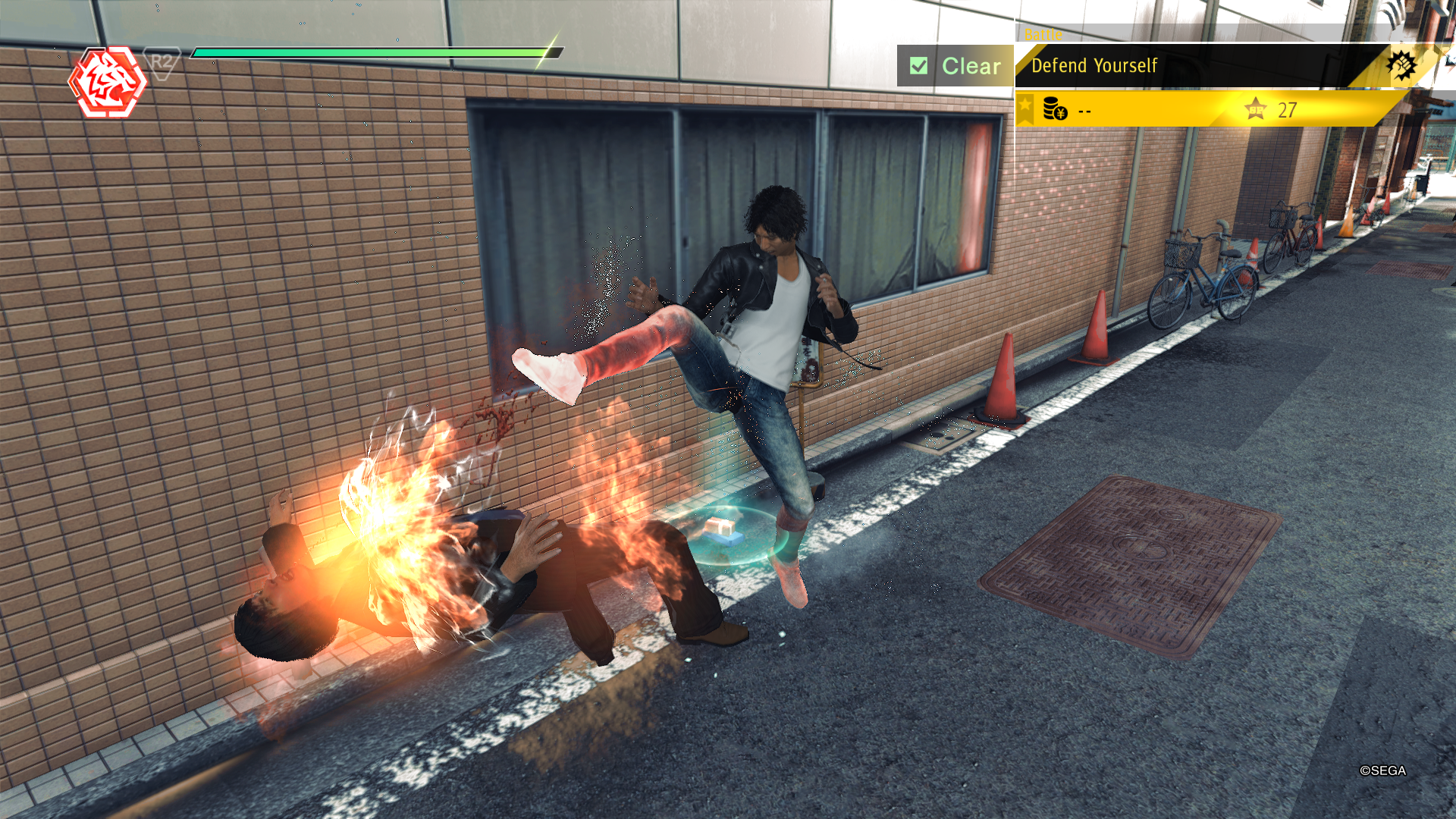 The pacing isn’t as breakneck as past Yakuza games, but Judgment manages to cram a whole lot more into its chapters. For instance, the prologue had me chasing down a detective with a gambling habit and the first chapter tasked me with finding evidence to free Kyohei Hamamura, a yakuza jailed for murder he claimed he didn’t commit. It took me around three hours to complete the prologue and first chapter and none of it felt like padding or busywork. Instead, Judgment took its time to explain its story as well as gameplay, which is varied.

As you’re a private detective and not a grizzled criminal, Judgment has you tailing citizens, running after suspects, conducting investigations in first-person, and using a drone to get to those who are hard to find. Tailing is as simple as following a target and hiding out of sight by blending into the crowd or hiding behind a car or a building before you get spotted, while running after them is akin to an endless runner complete with quick time events to prevent you from crashing into obstacles.

Investigating a location in first-person is akin to a hidden object game, zooming in and out when necessary and tapping a button when needed, and controlling a drone is a straightforward affair of managing elevation and direction with the DualShock 4 analogue sticks without crashing. All of these are done in a fashion that doesn’t impede progress one bit and in fact, appear good enough to hold up as mini-games by themselves. 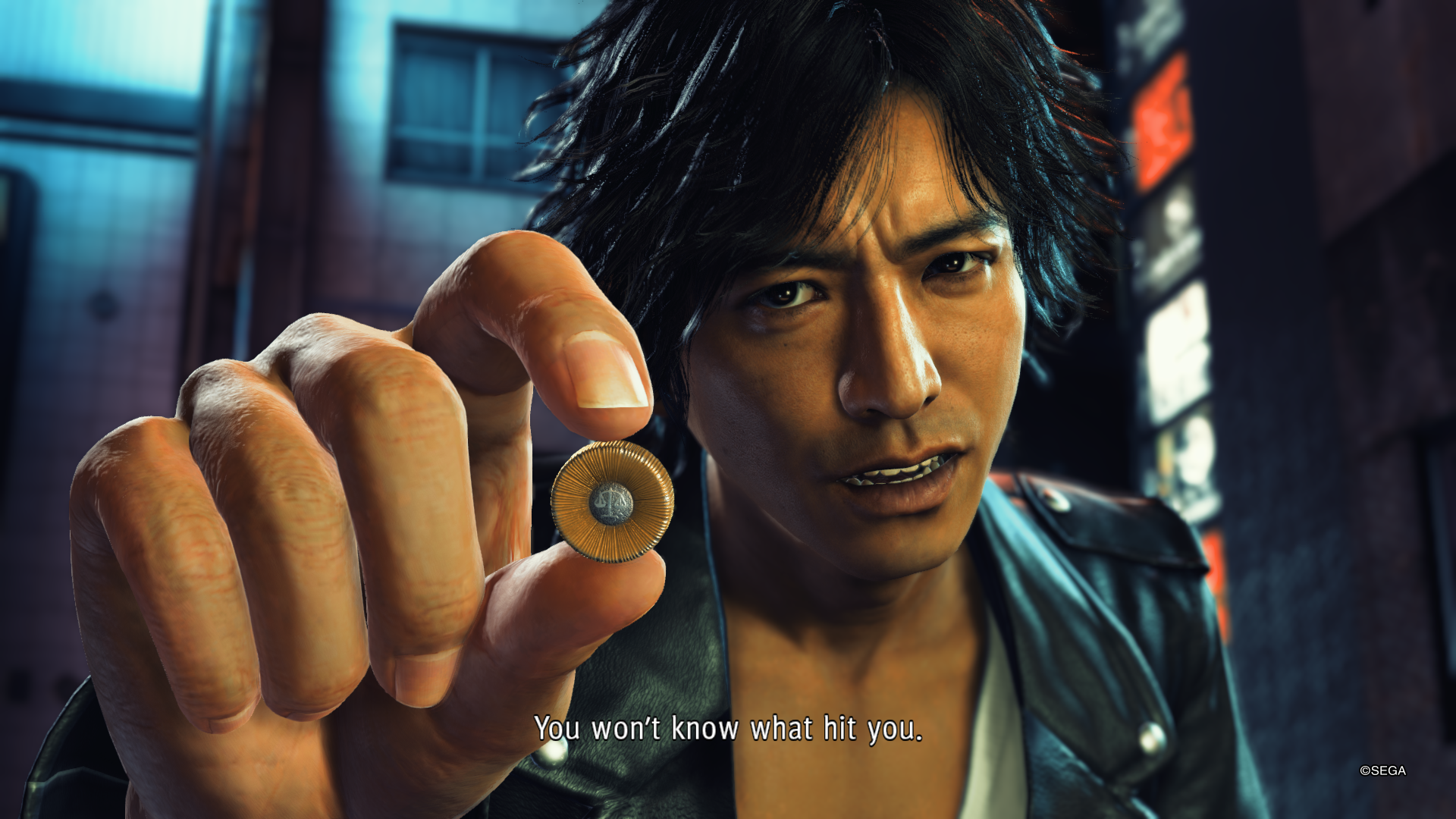 These new gameplay mechanics exist alongside a polished combat system that shares some similarities with Yakuza 0, allowing you to switch between fighting styles to best deal with crowds or bosses in one-on-one encounters.

There’s a familiar set of meters and special moves to liven up the proceedings along with being able to use objects in the environment for maximum damage such as bicycle-kicking a bicycle onto the cranium of an unsuspecting foe. It’s ridiculous and as over the top as ever.

One new wrinkle to the combat is the ability run into and leap off a wall for a powerful attack, which results in some high octane encounters that wouldn’t be out of place in a Hong Kong action flick. If you’ve played past Yakuza games, you’ll get 50,000 yen in-game as a bonus to spend on Kamurocho’s many distractions, though like previous efforts, earning money is far from tough. 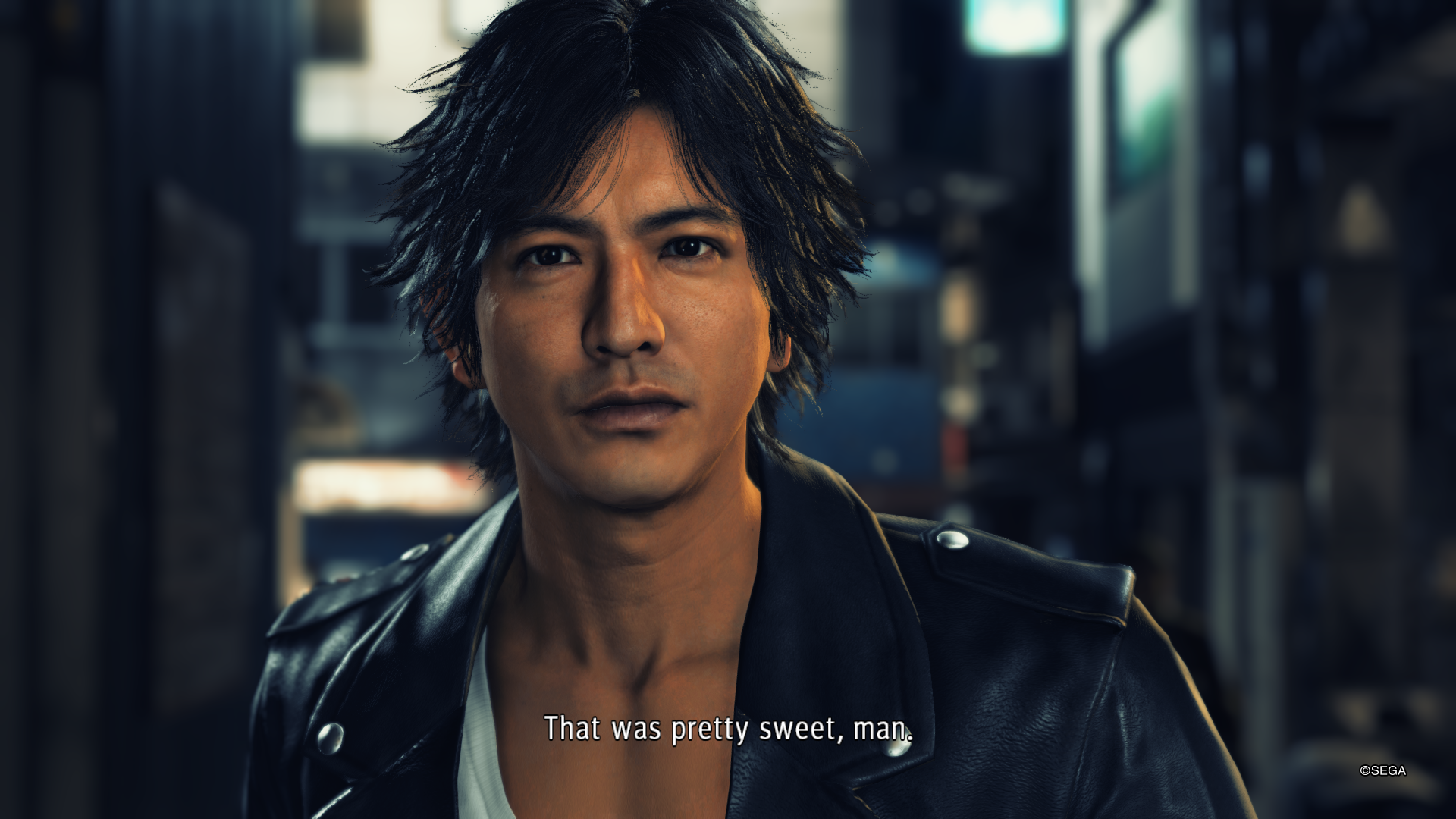 So far, Judgment promises to be yet another fantastic title from SEGA and Ryu Ga Gotoku Studio. Kamurocho may be familiar, but the story and gameplay are as fresh as ever, possibly rivalling some of its classics like Yakuza 0. Stay tuned to our full review of Judgment closer to release. Judgment releases on June 25th for PlayStation 4.

Every Japanese Game Release in January 2020