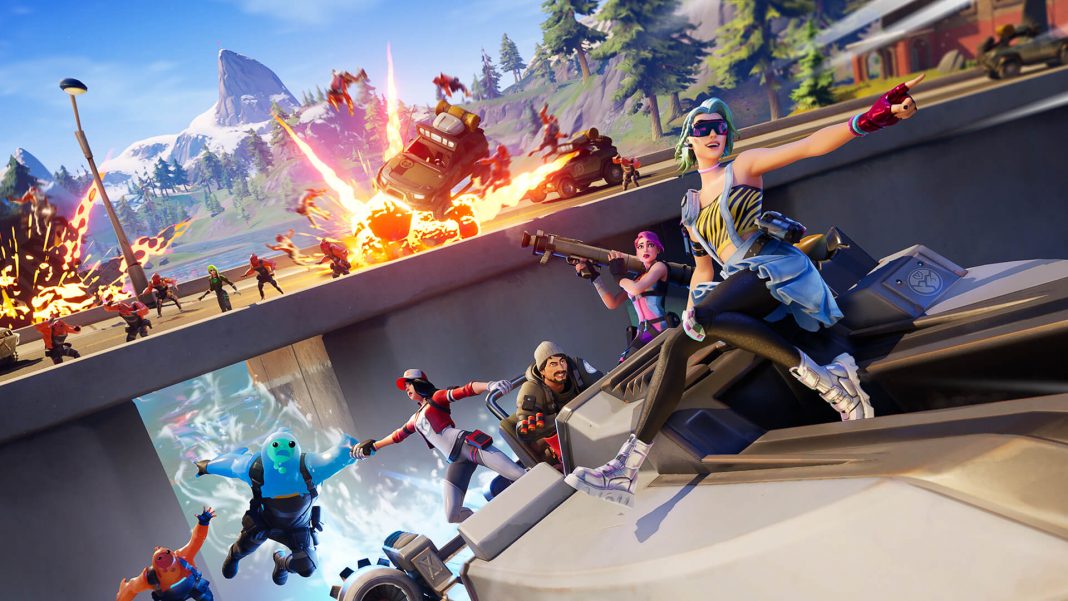 Last week saw Epic Games show off a PS5 demo of Unreal Engine 5 alongside a host of other announcements including a $1 million royalty waiver for developers as well as making Epic Online Services available to them. This had us wondering what to expect from these moves since the industry giant had set up shop in India late last year. The Mako Reactor had a chance to speak to Quentin Staes-Polet, GM India and SEA for Epic Games to find out more.

Staes-Polet is no stranger to the Indian market. He helmed Unity’s operations in the country and ran Kreeda Games, a Mumbai-based startup that made Dance Dance Mela, a PC game heavily inspired by Konami’s Dance Dance Revolution series.

It’s early days for Epic’s India journey. To the point where questions regarding local payment options for the Epic Games Store for PC as well as adding the Indian rupee to its list of supported currencies were met with no comment.

Staes-Polet could not comment on Epic’s plans for Fortnite in India either. However he did shed some light on what to expect from it with the Unreal Engine as well as the company’s overall India strategy.

“With Unreal we found that there’s a great media industry that’s started to adopt it in real time,” he says. “Be it broadcasting or VFX houses or developers. We also see a lot of traction from architecture, construction, and simulation so we got a lot of requests from customers for support, interaction, and relationship and that’s why we started to set up now and to support all those users of Unreal in India.”

With developers being the company’s major focus it made us wonder if there’s room for another engine. At the moment, Unity has a large chunk of developer mindshare in India, particularly in the gaming space. Staes-Polet was quick to state that Epic approach will be different in part due to how the business model for Unreal works.

“We don’t charge right? Unreal is free,” he says. “And we try to widen support for customers, we’re just so excited that they’re using our technology and doing great things with it. The focus is not as hard on revenue, it’s about accompanying the customer and seeing great things happen with the engine.”

On that note, we had to ask what this would entail. According to him, having Indian developers use Unreal Engine effectively is a priority.

“The main thing we heard from developers using Unreal before entering the Indian market was it was very difficult to find talent,” he says. “There’s going to be a huge focus on educating developers who want to transition to Unreal and partnering a lot of education teams and institutions and enabling them with courseware, trainers, and consulting on curriculum to create that base of developers. There’s a huge need for us to educate a lot more people in India and we’re going after it aggressively.”

While Epic’s goals are admirable, a majority of users in India are on budget handsets with the sub-Rs. 10,000 segment dominating sales. Would developers gravitate towards Unreal Engine when it’s known to be more resource heavy than other options?

“We’re on the high-end phones on Android and a lot of the iPhones, which I am aware of isn’t exactly the best fit for India which prefers other types of phones,” he says.”For sure we want to please all our customers but we want to make sure the experience is the same for all players. It’s definitely that’s on our mind and we are looking at on an ongoing basis.”

On being pressed further, Staes-Polet admits that smartphone specifications getting better with regular frequency poses a concern if it would be worth expending time and effort for budget devices.

“Phone performance increases every six months,” he says. “So we want to go and drag our engine down to meet hardware that’s going up and will join us anyway? That’s the dilemma. We just want a real good game experience for every player.”

That being said, we wondered if Epic’s India plans are a part of a broader strategy involving the launch of the Epic Games Store for mobile. It was slated for a 2019 release according to an interview with Tim Sweeney from December 2018.

What about the Epic Game Store for mobile?

Considering the sheer number of mobile developers in India, Epic may just be able to get access to content to bolster its app store ambitions. Though you may want to temper expectations.

“We have no storefront for mobile right now and the strategy for that is handled by a different team from what I work with.” he says. “I think in general people on the ground here – myself and the people we bring together,  are going to give the organisation on the whole a lot more perspective on this market.

It’s only from knowing what’s going on and then being able to bring that information to see what strategy makes sense for the storefront. At this point in time there’s no clarity on a strategy for it. We’re observing and looking at what would be a good entry point would be for us.”

The conversation shifts to Epic Online Services. To Staes-Polet, this is perhaps most significant in terms of empowering game makers and allowing for better consumer experiences.

“In my view the Epic Online Services launch is the biggest announcement,” he says. “Bigger than Unreal. Yes, it’s really exciting what we’re doing with Unreal and the trailer was really exciting. But what we’re doing with Epic Online Services is taking that entire infrastructure that actually makes Fortnite what it is, the lobbies, the matching, the 350 million players and the 2.2 billion of connections between them. That’s what makes Fortnite, Fortnite. We’re taking that and creating it as a service for game companies. And that’s what will give them access to a broader audience.”

For him, granting developers Epic’s social graph and know-how would help democratise cross-platform gameplay and he states features can be customised as per genre and isn’t restricted just to shooters or battle royale games. It isn’t tied into using Unreal Engine either. So if an MMO developer wants to take advantage of Epic Online Services, it can.

“A lot of companies – smaller or big have not managed to do cross-platform play, don’t have access to a big social graph,” he says. “It takes a lot of effort to manage lobbies, player matching, leaderboards across four or five different platforms. For a lot of game companies that means they had to pick some platforms and let go of a whole set of players because they could not manage and they didn’t have the infrastructure. Building it from scratch is really painful. Now it’s going to be a very simple SDK and you’ll be able to take your game and specifically the place where it’ll be most beneficial will be multiplayer and MMO because a lot of those functions are about that such as matching players.”

It’s pretty clear where Epic’s priorities for India lie. Perhaps this would mean better games from Indian studios? We’re already seeing some Unreal-powered titles from the country hit digital store shelves. In fact, it could give indies and smaller studios a chance to experiment on other platforms where social interactions are paramount without having to build the tools from scratch. It’s something Staes-Polet is hopeful about. Particularly with the advent of Epic Online Services.

“In my view, that’s the big news for developers  because it opens up a new market and a lot of possibilities. It is super exciting to see realistic graphics on PS5 but I think of the two announcements, Epic Online Services is the bigger one,” he says. “Obviously the royalty waiver until $1 million of game gross revenue is also a big deal. Hopefully indies and smaller game companies will be a lot more comfortable working with Unreal thanks to this. For me, Epic Online Services and the waiver were biggest pieces of news for the industry even though the PS5 demo was super exciting from a visual standpoint.”