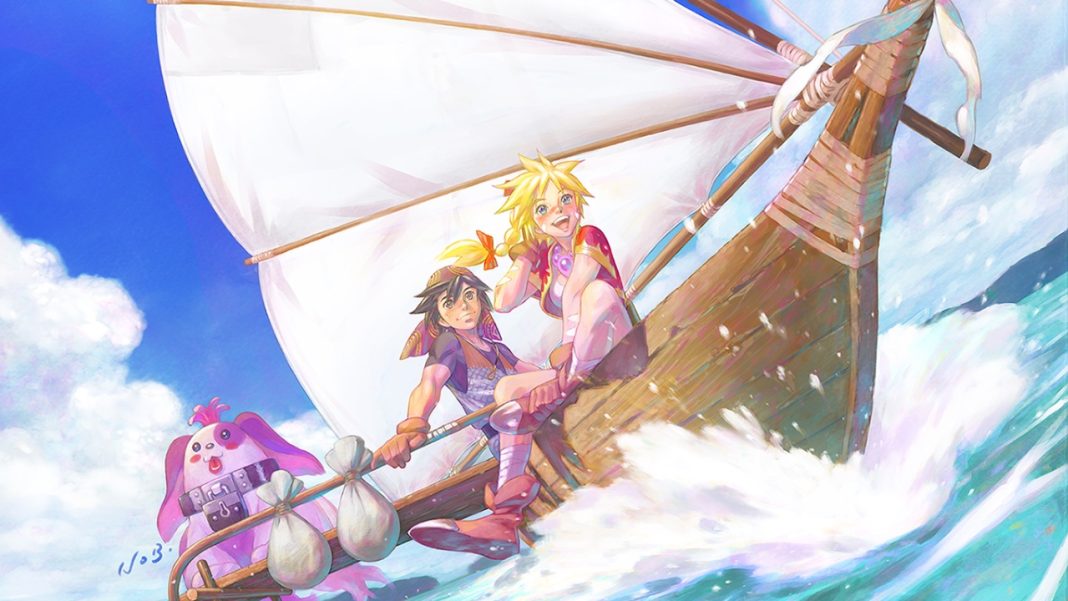 For Chrono Cross, I was most interested in the Nintendo Switch version because it would be the only portable console version of the game. I’ve already covered the PC version including how it runs on Steam Deck, but was hoping the Nintendo Switch version would be a great way to play this classic. Having played it over the last few weeks on both PC and Nintendo Switch, the Switch version is great with some big caveats which I will get to. Having owned the PlayStation version on PS3 and PS Vita over the years, I didn’t get very far into it. This new version with quality of life features and boosts in and out of battle made Chrono Cross a much better experience that made me regret not playing it back on PS Vita with its spectacular soundtrack and excellent characters.

On Nintendo Switch, Chrono Cross: The Radical Dreamers Edition includes the same content as other consoles and PC. This means you can play Chrono Cross and Radical Dreamers both docked and handheld with all the battle enhancement options and quality of life speed improvement options as other platforms. This isn’t like Final Fantasy VIII Remastered where the PC version gets a few extra bonuses. The boosts are high-speed mode, low-speed mode, no random battles, auto-battle, and battle boosts. The high-speed mode is the biggest improvement here because the default move speed in the original PlayStation release is painfully slow. Barring that, being able to turn off battles and get boosts in battles when you need them also help a lot if you’re trying to blast through the story or replaying it.

In addition to that, Chrono Cross: The Radical Dreamers Edition also has lovely HD Rumble that you can toggle on or off. I didn’t think this would be added, but it is a nice addition to this release. You can play Chrono Cross with the classic or new graphical options. The former has visuals akin to the original but for higher resolution displays on the Switch screen and when connected to the TV. This mode also features a pixel-style font, older character models, and backgrounds. This is how I played most of the game because it felt the closest to the original and looked nice. The new graphical style has a higher resolution font, upscaled backgrounds that look bad, and new character models that look nice. This mode runs really badly and I would avoid it until Square Enix patches the game.

Chrono Cross looks lovely on Switch, but I wish there was an option to disable the border color or use another background option. You’re stuck with the default one for now. In terms of the boosts, being able to disable battles is nice, but some situations have enemies in front of your path and they don’t move for a few seconds making it feel like a glitch. I think a potential future patch should allow you to run through enemies if you have this option turned on. It might not work properly if you’re supposed to fight a specific enemy and you have the no battle feature enabled, but there needs to be some middle ground between having enemies block your path and fighting them all.

On the performance side of things, I was surprised to see all versions of the game struggle so much with the new graphical style option. The classic option is the closest to the original, but it isn’t perfect either. There are some instances with a few more frame drops than even the original PlayStation version. These weren’t dealbreakers in my playthrough, but for a new version of a classic on much more powerful hardware, having some situations run worse than the original is disappointing. I also noticed a bit of audio delay with the Switch version compared to PC in my testing over the last few weeks on both platforms. I hope future patches can let us pick and choose between elements of the new and classic graphical styles instead of either having everything new or everything classic. Being able to toggle borders off or use specific artwork would also be a nice addition alongside proper save states.

The addition of Radical Dreamers makes this package a lot more worth it at its asking price of $19.99 on all platforms. This is something that hasn’t been officially available in the West at all until this Chrono Cross: The Radical Dreamers Edition release. Over two decades after it released in Japan, Radical Dreamers lets us experience this text-based RPG adventure for the first time with some interesting additions to the world of Chrono Trigger and Chrono Cross. Fans who have played both of those will absolutely find this worth experiencing.

Chrono Cross: The Radical Dreamers Edition is worth getting on Switch if you want to play this PS1 classic on Nintendo’s hybrid console, and are willing to play it with the classic graphical style. The soundtrack lives up to all the hype, and the new battle enhancement features make for a much nicer experience. The biggest downside to this release right now is the new graphical style that has a few improvements, but suffers from awful performance and ugly background scaling. Having an official version of Radical Dreamers is a lovely bonus for fans of Chrono Trigger and Chrono Cross. Hopefully Square Enix can improve the new graphical style performance and allow for mixing and matching between new and classic with some options to use different backgrounds.