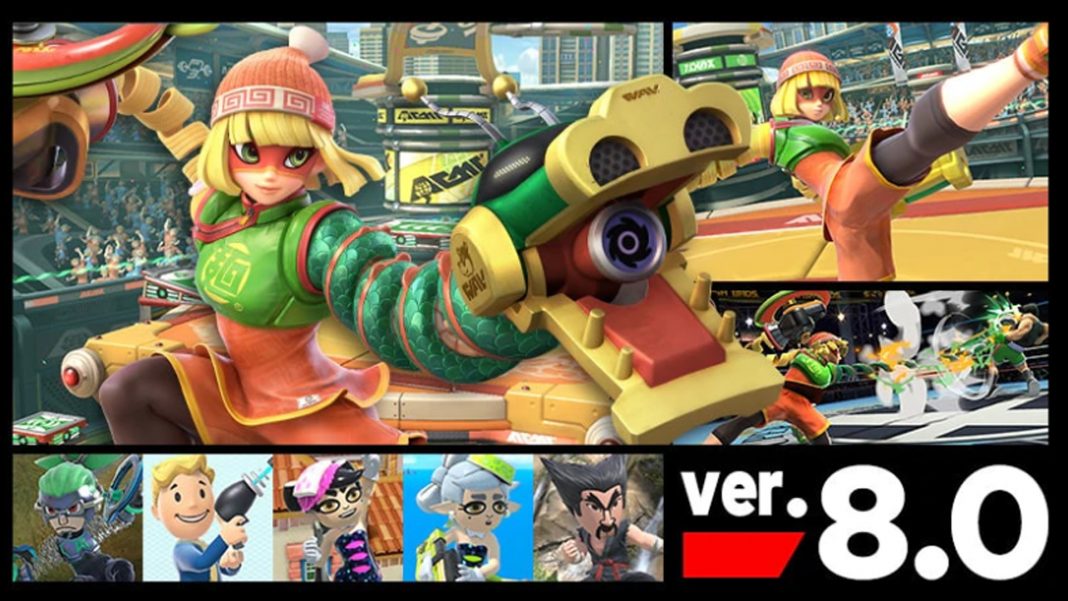 Nintendo just released Super Smash Bros. Ultimate version 8.0.0 update on Nintendo Switch that adds support for the and more. The update also brings new spirits, Mii fighter DLC, and game balance changes. If you own the Fighters Pass 2, Challenger Pack 6 is included and you just need to update your copy of Super Smash Bros. Ultimate to play as Min Min. In addition to Min Minjoining the battle, the update brings songs from ARMS and a new stage Spring Stadium. Watch the reveal below:

In addition to the patch notes, detailed balance changes for Super Smash Bros. Ultimate version 8.0.0 are here in Japanese and here in English.