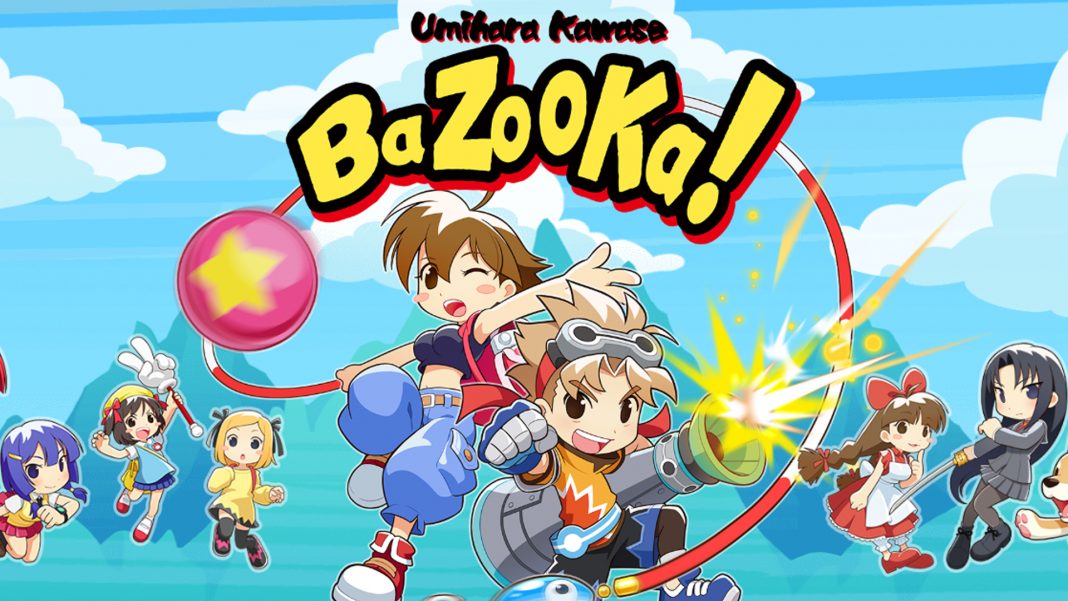 Umihara Kawase Bazooka, the newest entry in the Umihara Kawase series, is releasing in the West on PC soon with PS4 and Nintendo Switch to follow beginning this July. The PS4 and Nintendo Switch versions are being published by ININ Games across North America, Europe, Australia, and more. ININ Games recently released Bubble Bobble 4 Friends in North America and is bringing it to PS4 this year. Umihara Kawase Bazooka is a platformer action battle game and not a traditional platformer. The original localisation announcement has a physical release confirmed and today we have a limited and collector’s edition revealed alongside the box art for the West. Check out the box art for the standard edition below:

Umihara Kawase Bazooka releases this July on PS4 and Nintendo Switch for standard editions and the digital release. The other editions release in September exclusive through Strictly Limited Games.