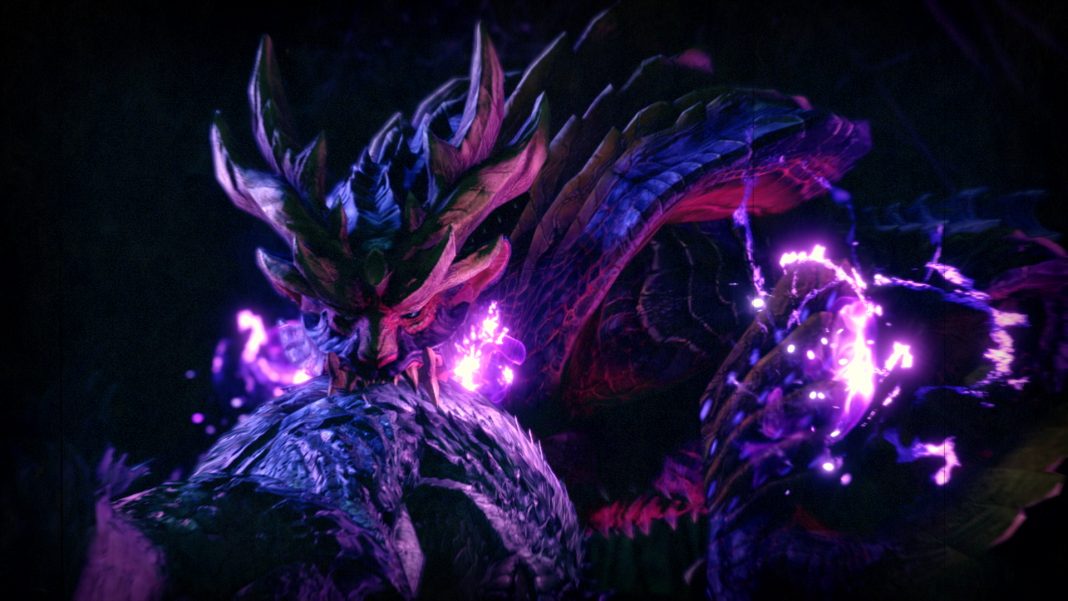 How Capcom decides which monsters to bring back from past games

I wanted to know how the team decides which monsters to bring back from past games and whether fan feedback helps given the franchise’s history across different platforms and generations.

“First and foremost, I think about the gameplay,” Ichinose says. “If all the monsters in the game were, for example, fire elemental type, then it wouldn’t work. So I consider the key pillars of the gameplay design, then balance that with aspects such as which maps the monster will appear on. I do of course also consider which monsters the fans have said they want to see again, and take all these factors into consideration when planning the line-up.”

Monster Hunter Rise and how the Wirebug affects your moves

Given how the Wirebug is a big part of Monster Hunter Rise’s traversal and combat, I wondered how upgrades would work and whether the Wirebug can be upgraded and how it affects weapons..

“There are no upgrades for the Wirebug”, Ichinose says. “You receive two at the start of the game, and you can catch another during a quest to hold a maximum of three. The moves you do with the Wirebug are also all available from the start, so try them all out”

When pressed about the armor skill system in Monster Hunter Rise, Ichinose is tight-lipped. “I’m afraid you’ll have to wait until we release more details. Please stay tuned,” he says.

The post-game in a Monster Hunter game is usually where most players spend the bulk of their time and while Capcom didn’t comment on that, Ichinose says that the team wants to make sure that players will have enough content for a long time. “We definitely want to make sure that Monster Hunter Rise players have a long, engaging experience, so we will be fully supporting the title with free content after release,” he says. “For now though, we are focused on the main game launch on March 26, 2021.”

Considering RE Engine games have skipped Nintendo Switch so far with the likes of Resident Evil 2, Devil May Cry 5, and more only being on other platforms, I wanted to know how the team worked to bring over monsters and weapon designs to Monster Hunter Rise for Nintendo Switch.

“This is the first title we’ve developed for Switch using the RE Engine, so there are a lot of challenges to tackle,” Ichinose says. “For this reason, we got development started earlier than we might otherwise have done, in order to make sure we had time for that.”

He goes on to talk about how working with an in-house engine obviously helped.

“As it’s an in-house engine, we were able to work directly with the engine team to create the kind of high-quality Nintendo Switch visuals you saw in our trailers,” Ichinose says. “I think you’ll find the game also has a different look and atmosphere to previous Monster Hunter games.”

Monster Hunter Rise’s download size is 8.8GB which is a lot lower than Monster Hunter World on PS4 and Xbox One and even Monster Hunter Generations Ultimate on Nintendo Switch. I wondered if Capcom made a conscious attempt at keeping a small file size and what challenges the team ran into for the smaller file size.

“Working within specific hardware specifications is always one of the tough parts of game development, so in order to make a rich experience in terms of game design and elements such as models, textures, animation, effects, lighting and sound, you do have to make some choices in order to fit within the specs,” Ichinose says.

Monsters from past games will be appearing in Monster Hunter Rise

“Monsters from past titles will be appearing in Monster Hunter Rise,” he says. “Please stay tuned to Capcom news channels for details.”