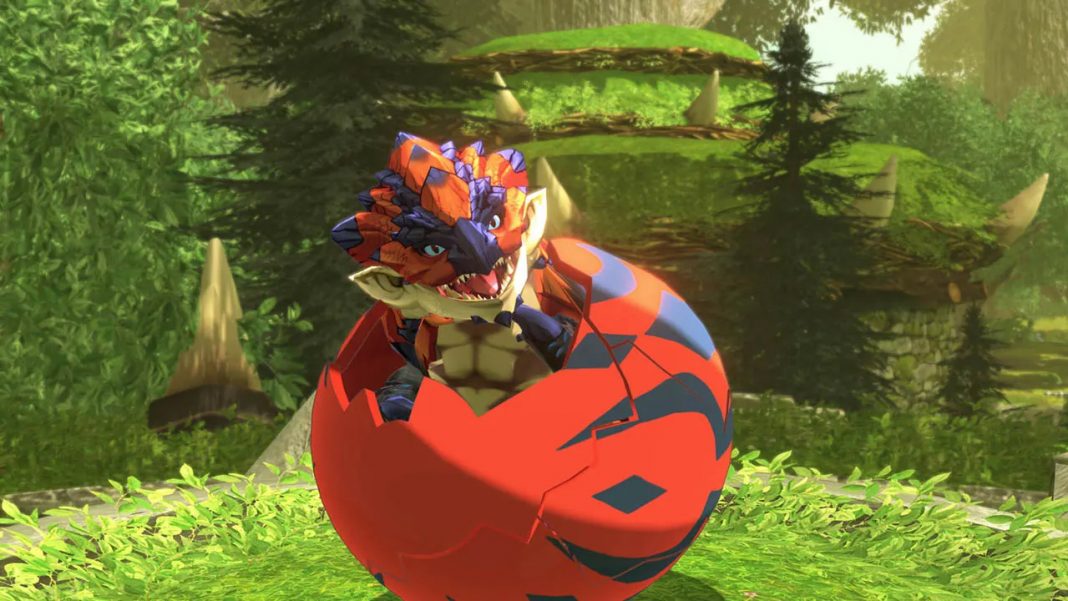 Each of the three amiibo mentioned above unlocks a different special layered armor set in Monster Hunter Stories 2.

You can scan Monster Hunter Stories 2 amiibo at the Prayer Pot. Select use an amiibo  from the Prayer Pot’s menu to scan an amiibo on your Joy-Con or Nintendo Switch Pro Controller.

Monster Hunter Stories 2 – amiibo rewards and how to get them

Once you scan an amiibo, you can use Tsukino’s Lunar Luck where Tsukino offers you her fortune-telling service once per amiibo each day. I tried 10 different amiibo (which is the limit) on a single day and it worked with different fortunes.

The three Monster Hunter Stories 2 amiibo also net you special items.The rewards earn from amiibo depend on the different blessings you get.  These are Full Moon (with the best item tier rewards), Half Moon, and Crescent Moon (lowest tier item rewards). The items you get include charms, bugs, traps, consumables, and more.

The Monster Hunter Rise amiibo lets you get a Rise-themed sticker set.

Monster Hunter Stories 2 – how to get amiibo items on PC

On PC, since there are no amiibo, you can just interact with the Prayer Pot to get a daily fortune reading from Tsukino.. This is limited to one use per day unlike the Nintendo Switch version that is limited to one amiibo per day. As of now, there’s no way to get the amiibo-exclusive layered armor in Monster Hunter Stories 2 on PC.

Monster Hunter Stories 2: Wings of Ruin is out now on Nintendo Switch and PC via Steam worldwide.