The Mako Reactor
Home Features Persona 5 Royal Tips and Tricks for Leveling Up, Combat, Using the... 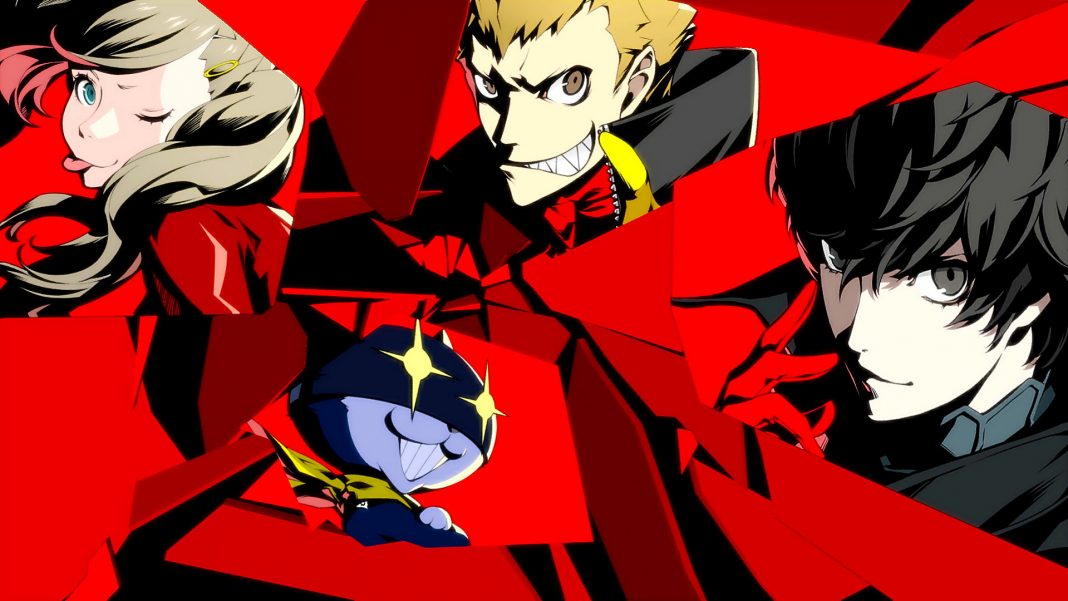 Persona 5 Royal from Atlus is nearly here on PS4. The enhanced and expanded take on one of the best RPGs this generation brings with it multiple changes and quality of life improvements in addition to new game mechanics and story content. Here are some tips and tricks for the opening hours of Persona 5 Royal. These will be good to refresh your memory if you played Persona 5 years ago or are completely new to the world of Persona with Persona 5 Royal being your first Persona game.

How to save in Persona 5 Royal

You can save in Persona 5 Royal by pressing the Options button whenever it is visible on the bottom of the screen. While in palaces (dungeons), you can only save in Safe Rooms so keep that in mind.

How to fast travel in Persona 5 Royal

Press R1 and select any location you have been to before to instantly travel there. Pay attention to the text on the bottom of the screen here for tips.

Explore the city in Persona 5 Royal

Persona 5 Royal has a great virtual tourism aspect. Take your time and learn the ins and outs of each location you unlock so you don’t waste time running around when you need to get somewhere for a specific activity.

You unlock the ability to fuse Personas early on in Persona 5 Royal. Use this to combine the Personas you acquire to create new and powerful ones. Don’t get attached to Personas because you can always re-summon them through the compendium.

Register new Personas in the compendium in the Velvet room

With each palace (dungeon) run, you will likely end up with a few new Personas. Make sure you register them in the compendium so you can summon them later on easily after you fuse them to create a more powerful Persona.

Look for treasure chests in palaces in Persona 5 Royal

Pay attention to the personality of the enemies so you know how to answer their questions. Timid, upbeat, irritable, and gloomy enemies require different kinds of responses to join you and lend you their power. You can analyze the enemy personality through the analyze command during combat.

How to save in palaces in Persona 5 Royal

You can only save in Safe Rooms in a palace (dungeon) in Persona 5 Royal.

Inspect the cardboard box in your room in Persona 5 Royal and you will be granted your save data bonus for having save data from Persona 5 on the console.

When you spot an enemy nearby, try and ambush it from behind by pressing X when it hasn’t detected you. This will give you an advantage in battle letting you start first. If an enemy notices you, combat takes place normally. If an enemy surprises you, it will have the upper hand during combat.

Your friends and confidants will message you on and off for when they are able to meet you or when they need your help. You can respond to them immediately and teleport to their location or put them on hold. Make sure to check your messages whenever you see an alert popup on the left side of the screen.

Use the new quick menu to save time

The new quick menu can be accessed with the touchpad on the PS4 controller. Using this, you can immediately go to the hideout, find available confidants, check social stats, or check what other people who play Persona 5 Royal did in this specific time in-game.

If you aren’t sure what to do next, check the network activity log

You can access the network activity log from the quick menu to see what everyone else playing Persona 5 Royal did at that specific moment.

Stock up on healing items before going into a palace

Make sure you buy healing items or curatives before entering a palace (dungeon) so you don’t waste time. Optimising this will help you complete palaces in no time and give you ample time to explore and spend time with friends and the various mini-games in Persona 5 Royal.

Many things in-game are locked until you have a specific stat leveled up. Make sure you spend time doing various activities to raise your stats so you get access to more items, abilities, and even confidants in Persona 5 Royal.

How to raise knowledge in Persona 5 Royal

Answer questions correctly in class to slowly raise your knowledge stat in-game. You can also read a book to improve knowledge, study at the Shujin Academy Library or study at Leblanc or the diner at Shibuya.

How to raise guts in Persona 5 Royal

Easy ways to raise guts early on are taking part in Takemi’s trials, watching a movie at a cinema alone, or drinking coffee alone in the Shibuya Diner.

How to raise kindness in Persona 5 Royal

Working at the part-time job at the flower shop in Shibuya underground mall, taking care of your plant at home by feeding it nutrients obtained from stores, or cleaning up the bathroom at Leblanc are good ways to increase your kindness.

How to raise charm in Persona 5 Royal

Take a bath in the bathhouse or drink a specific fruit tea in the Shibuya Diner are good ways to increase charm early on.

How to raise proficiency in Persona 5 Royal

Crafting tools for palaces like lock picks or working at the Beef Bowl restaurant as a part-time job are good ways to raise your proficiency in Persona 5 Royal early on.

Persona 5 Royal is all about managing your social life, dungeon crawling, working, and exploring in a finite amount of time. Persona 5 Royal gives you more freedom than Persona 5 but you don’t have infinite time to do whatever you want. Spend a bit of time in-game getting into a routine so you slowly raise all your stats and confidant ranks and can have the best experience inside the game.

When you are tasked with a palace, your aim is to take someone’s heart and make them change in the real world. You have a fixed number of days to do this and you can finish most palaces in a few in-game days. You should try doing this quickly so you have no tension for the remaining days and can focus on building up your social stats and confidant ranks.

How to run in Persona 5 Royal

Holding L2 will let you view points of interest nearby. This is useful in palaces for hidden items and key items and in the real world for various things like confidants and other people you can talk to. These hidden items are often just fodder to sell at the Airsoft Shop for money so make sure to check in there after a palace run so you are never short on cash.

When you are exploring a dungeon, you will run into many safe rooms. Always unlock these and save inside so you can fast travel to them whenever you come back.

Listen to people for tips and hints in Persona 5 Royal

When you’re exploring the city or roaming around school, pay attention to what people are saying nearby. They often have hints and tips for part-time jobs or other interesting things for you to do in-game.

Managing your time well is important and while you can take it easy with palaces, don’t get too lazy about things because failure to complete a palace by the deadline will result in a game over.

Persona 5 Royal books and when to use them

Take on a part-time job to earn money early on

If you have a save file from Persona 5, you get instant access to 50,000 Yen in Persona 5 Royal but everyone else will want to start working at part-time jobs to earn money early on. This will let you buy better weapons, accessories, and equipment.

While a lot of people used the exploit to level up quickly during flu season in Persona 5 with the reaper in mementos, this doesn’t work in Persona 5 Royal so don’t waste time trying it.

Hopefully these tips help you in the early game of Persona 5 Royal.