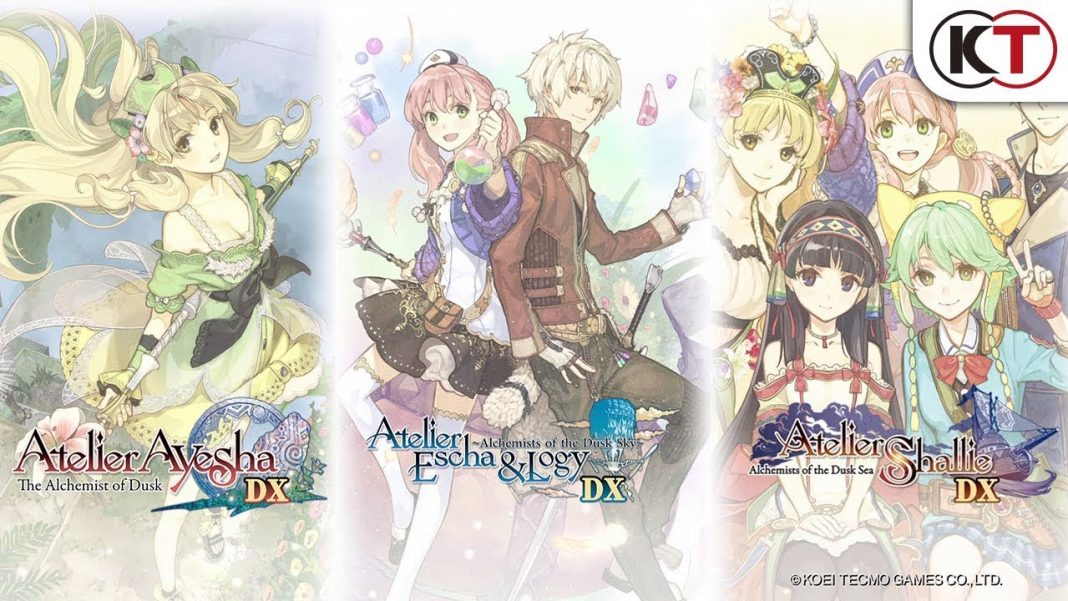 Koei Tecmo Europe just revealed the release date for all three Atelier games in the Dusk trilogy for PS4, PC, and Nintendo Switch. While Japan gets the games this December, the West has to wait a month more. Atelier Dusk Trilogy Deluxe Pack includes Atelier Ayesha DX, Atelier Escha & Logy DX, and Atelier Shallie DX. Watch the teaser trailer for the games below:

The Dusk trilogy is arriving on PS4, Nintendo Switch, and PC in the form of the DX versions which is the same naming Koei Tecmo used for Atelier Totori, Atelier Meruru, and Atelier Rorona on modern systems. The ports are based on the PS Vita originals in terms of content and will include all the DLC but will be released digitally only in the West sadly. Check out the official website here. The games will be available in a discounted bundle or individually.