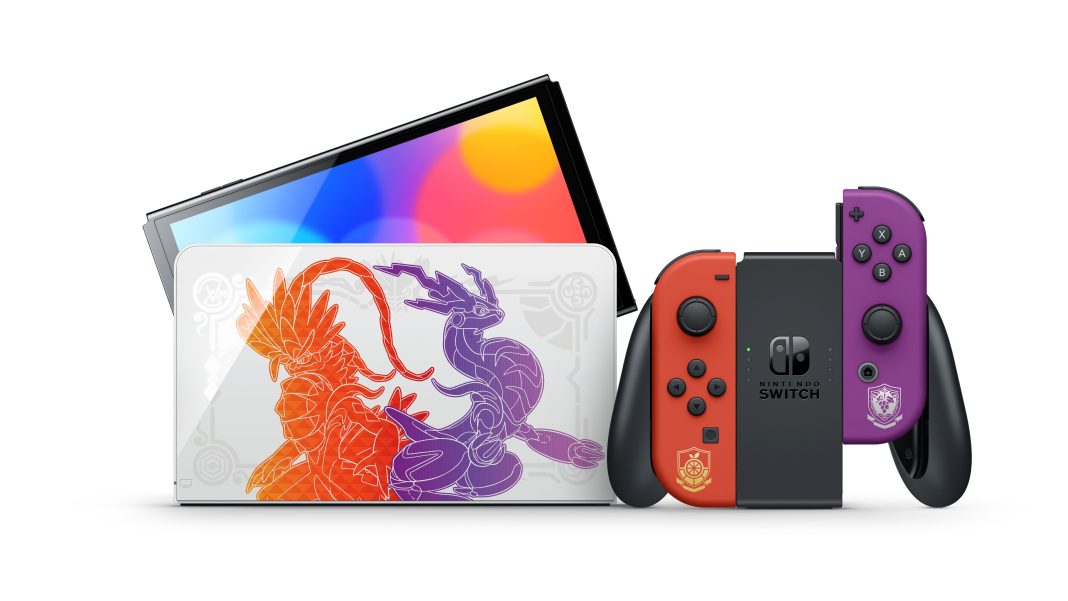 At a Pokemon Presents in February, Game Freak and The Pokemon Company announced a new set of Pokemon games in the form of Pokemon Scarlet and Pokemon Violet. Since then, we learned the release dates and more about the upcoming new generation of Pokemon games. Today, The Pokemon Company and Nintendo revealed the Nintendo Switch OLED Model Pokemon Scarlet and Violet Edition limited edition console. This releases in November worldwide. Watch the trailer for it below:

The limited edition Nintendo Switch OLED Model is priced at $359.99.

The Pokemon Scarlet and Violet starters: Sprigatito, Fuecoco, Quaxly are below:

Check out the official English website for Pokemon Scarlet and Pokemon Violet here. It is interesting to see Nintendo announce another limited edition console just days after the Splatoon 3 OLED Model limited edition system released worldwide. Pokemon games usually get one, but I expected it to be revealed sooner. Pre-orders should go live soon.