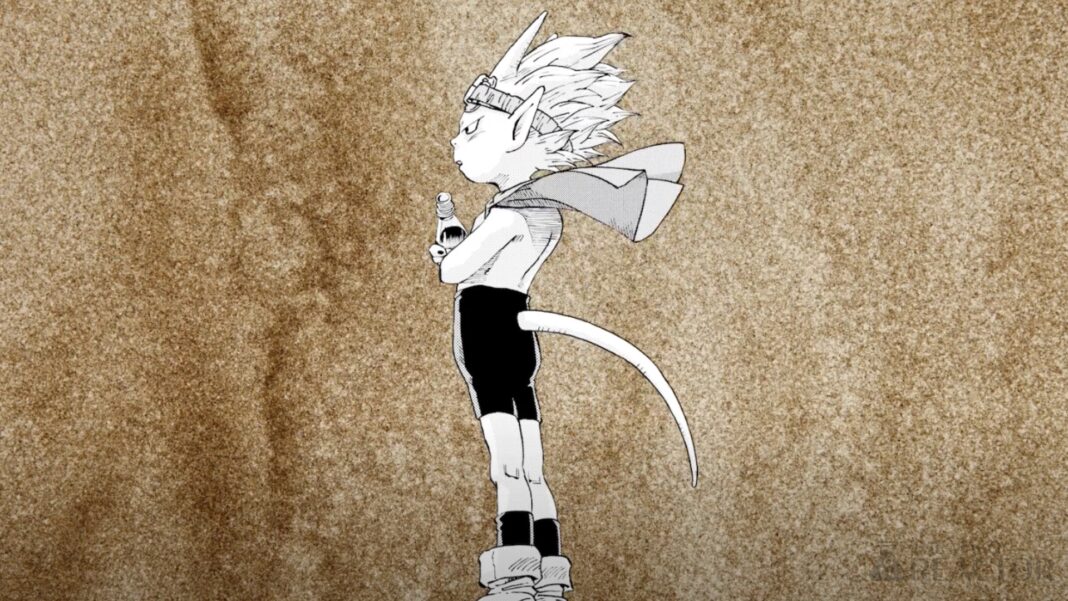 Sand Land is an original manga from Dragon Ball creator Akira Toriyama. Today, Bandai Namco Entertainment and Akira Toriyama announced a new project based on Sand Land with more information to be revealed later this month. As of this writing, only a teaser video has been released. Watch the Sand Land project teaser trailer video below:

“In a desert world where both demons and humans suffer from an extreme water shortage, Beelzebub, the prince of demons, and Rao, a small-town sheriff, form a tag-team and set off on an adventure in search of the Phantom Lake somewhere in the desert.”

The Sand Land manga was released back in 2000 across multiple chapters. It was released in North America by Viz Media. check out the teaser website for this project here.

A Sand Land release date is TBC, but more information will be revealed on December 17 by Bandai Namco Entertainment and Akira Toriyama.