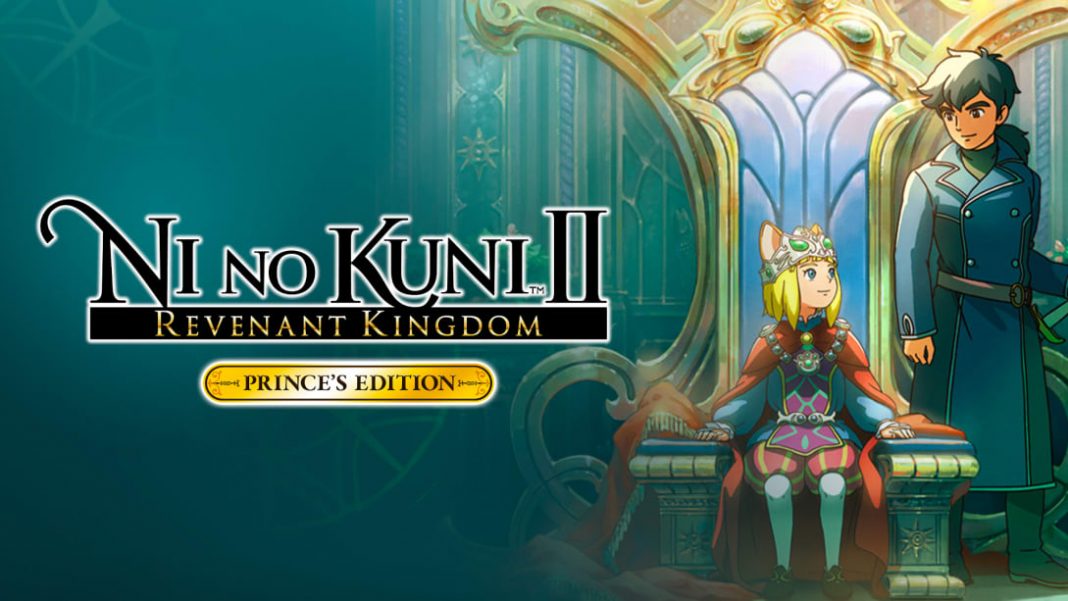 The advantage of Ni no Kuni II: Revenant Kingdom Prince’s Edition for newcomers is that all the added difficulty options, expansions, and level cap increases are available right from the get go. This is a lot better than the launch day version on PS4 and PC with the new features. As a sequel to the beloved original Ni no Kuni, I liked a lot of Ni no Kuni II, but felt like some of the gameplay mechanics held the overall experience back. It was an interesting action RPG with gorgeous visuals and a fantastic soundtrack, but the story fell short of the original.

Having already played it on PS4, it has been interesting to re-experience it on Nintendo Switch. I still think it is a bit too inconsistent compared to the original, but action RPG fans will enjoy the combat at the higher difficulty. The text size is sadly a problem if you play in handheld mode, especially on Nintendo Switch Lite. I wish more developers would take not only the Nintendo Switch Lite but also handheld play into consideration during ports. If I wanted to play this on TV, I’d just play it on PS4 or PS5 instead of Nintendo Switch where the main draw of Ni no Kuni II is the first portable version of the game.

Visually, Ni no Kuni II on Switch can look really great. The game’s aesthetic scales down well and it manages to look very pleasing indoors and during combat despite the noticeable drop in resolution compared to other platforms. The one area where it looks bad is the open world where you roam around as a chibi character from place to place. The other visual change is the draw distance. This affects shadows and objects in the distance and it is noticeably low. This is both docked and handheld.

Performance is where Ni no Kuni II on Switch suffers the most. Instead of opting for a 30fps frame rate cap, the game runs at an uncapped frame rate. It manages to go well above 30fps indoors and in smaller areas, but it drops to what feels like below 20fps in the open world often. This is where the PS4 version couldn’t maintain a locked 60fps and dropped a bit below. The variance in frame rate makes Ni no Kuni II on Switch not feel great. Hopefully the developers can either improve performance or add a 30fps cap option. I’d rather have that over such variance in frame rate.

Ni no Kuni II: Revenant Kingdom Prince’s Edition on Nintendo Switch is a few patches away from being an easy recommendation to those looking to experience this story on the go. In its current state, it is a good value package considering the regular asking price on other platforms, but the unstable performance and drop in image quality hold it back. Hopefully Engine Software can work on improving the performance or adding a 30fps cap because the gameplay itself perfectly suits Nintendo’s hybrid system. Until then, you’re better off playing Ni no Kuni II on literally any other platform. Not only does the game get massively discounted often, but it also runs and looks a lot better overall.