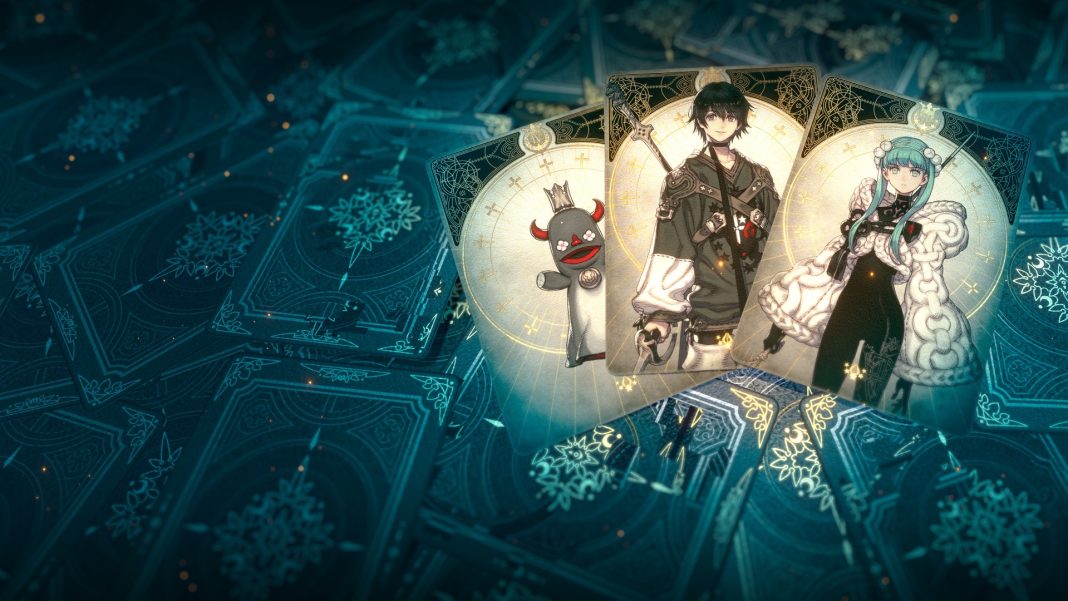 When Square Enix announced Voice of Cards: The Isle Dragon Roars, many including myself were intrigued by the premise, visuals, and music. Voice of Cards: The Isle Dragon Roars is a turn-based RPG told through a tabletop card game interface with a gamemaster narrating the story. I ended up playing it for a few hours on PC and enjoying many aspects of it. The slow progression initially and lack of any animation speed option made it tedious after a little while though.

It was eventually patched with a high speed mode that made the game feel a lot better, but some interface issues and a few technical issues specific to the Nintendo Switch version remained. I was very surprised by the announcement of Voice of Cards: The Forsaken Maiden which is a new entry in the Voice of Cards series, and one that is a standalone experience just like the first game.

Voice of Cards: The Forsaken Maiden is set on many islands that were protected by maidens for a very long time. Your aim is to save the islands that are on the verge of destruction with the alongside a girl named Laty who has failed to become a maiden. Throughout your journey, there are quite a few characters you run into among the various enemies you face off against. I won’t get into spoilers, but I enjoyed the narrative here and am definitely looking forward to another story told through the Voice of Cards framework.

The core gameplay loop of Voice of Cards: The Forsaken Maiden is very similar to a regular RPG, but it takes place with the tabletop and card aesthetic. Movement is turn based in some instances, and there are quite a few random encounters that definitely should’ve been tweaked to be more challenging. Interacting with different cards to move has lovely animations and sound effects depending on the location as well. You have your usual equipment and items as well to use and buy in-game. The interactions with NPC cards have been done very elegantly. I also enjoyed some of the puzzle elements included.

Voice of Cards: The Forsaken Maiden looks very good both docked and handheld for the most part. Load times are definitely long compared to what I’ve played of the first game’s PC version and the PS4 demo. Performance barring that is a bit erratic. Given the aesthetic, I had wrongly assumed that Voice of Cards: The Forsaken Maiden would run at a smooth frame rate on Nintendo Switch. It isn’t too bad, but I hope a future entry or patch can fix this to not feel as inconsistent.

On the audio side, I adore the Voice of Cards: The Forsaken Maiden soundtrack. Despite not finishing the first Voice of Cards game, I’ve been listening to its music a lot and I can see myself listening to the music from Voice of Cards: The Forsaken Maiden for a long time while working. It almost feels like a blend of the relaxing Atelier soundtracks but with a Square Enix touch. Voice acting is available in both Japanese and English with the gamemaster’s voice having changed for this release in both languages. I’d recommend trying out both for about an hour before settling on a specific language, because the English voice acting wasn’t great initially, but ended up being very good by the middle of the game.

On Nintendo Switch, being able to play Voice of Cards: The Forsaken Maiden with touch controls is definitely a highlight. I would recommend getting both Voice of Cards games on Nintendo Switch if you do play both docked and handheld thanks to that. If you’re considering getting it only for playing on TV, consider grabbing the PC or PS4 versions since they run and feel better overall. Barring the technical and interface issues with Voice of Cards: The Forsaken Maiden, the asking price is a bit too steep. If the current price also included all the optional DLC, it would’ve been an easier pill to swallow.

With an interesting story, great music, and good voice acting, Voice of Cards: The Forsaken Maiden is definitely worth checking out. I hope the next entry has a lower encounter rate, more interesting encounters, and higher difficulty options from the start. I’m definitely going to resume my playthrough of Voice of Cards: The Isle Dragon Roars to see where that story goes. The Forsaken Maiden has shown that Square Enix has a lovely framework here to deliver memorable stories and I hope we get another entry soon.