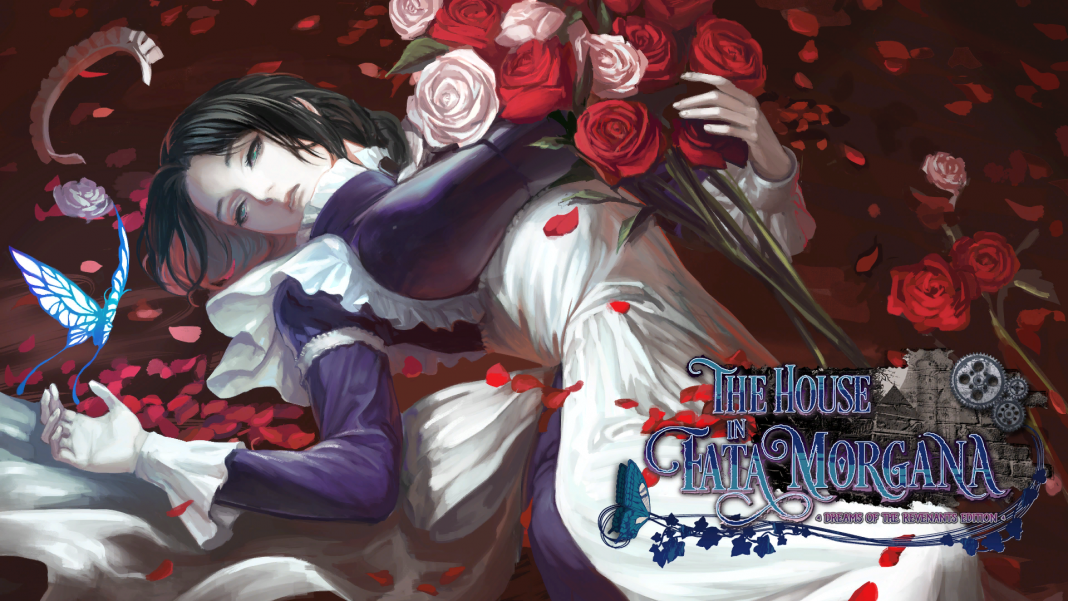 When I played the original Steins;Gate, I was blown away by the story and delivery across branching paths despite having already seen the anime prior to playing it. I’ve played many visual novels and visual novel adventure game hybrids since then but none managed to match Steins;Gate. While looking into new visual novels to check out, one name kept popping up everywhere. The House in Fata Morgana from Novectacle is something I’ve been recommended by everyone I know who enjoys visual novels and the fact that it was PC only initially meant I was never really going to play it. Thankfully, Limited Run Games and Novectacle did much more than what I wanted with The House in Fata Morgana: Dreams of the Revenants Edition.

Visual novel storytelling is always interesting to me because I love it when developers go above and beyond to ensure you never get bored of the walls of text in unvoiced stories. Novectacle has done a fantastic job of mesmerizing you with a combination of striking art and an unforgettable soundtrack that I consider on par with that of NieR: Automata.

Since Reincarnation, Requiem for Innocence, and the side stories are meant to be played only after the main story, I won’t be getting into any story content from those. I will say that they are more than worth the asking price for those who already experienced The House in Fata Morgana. You can even skip replaying the main game by answering a few questions in a new backdoor menu that lets players who know the story skip to the new content offered in this release.

You wake up in an old broken down mansion and can’t remember who you are. You are told that you are the master of this mansion by your maid but can’t remember anything about the place or even who the woman standing in front of you is. This is where the twisting and thrilling story begins that takes you across generations. The tales told to you across each period are so gripping that you often forget that the smaller stories are not just the whole picture.

In fact, each individual story that you see in the opening hours of The House in Fata Morgana are great enough to be their own visual novel but Novectacle’s genius doesn’t even come close to ending there. With branching paths, there are lots of bad ends but one true end that isn’t too hard to get on your first attempt. Some of the important decisions you make in game are timed which is an interesting mechanic.

The rest of the experience is basically reading and making a few decisions on where to go next or what to do. This is very much a pure visual novel collection and not something like Phoenix Wright: Ace Attorney or AI: The Somnium Files. It is commendable that Novectacle manages to get you comfortable with the way the story seems to be progressing before always surprising you with twists that will make earlier twists feel like nothing.

I’m not going to get into spoilers but there are moments here that will shock you to the extent of what Danganronpa games could only dream about and I mean this in the best way possible. There are twists that go into fourth wall breaking territory and some that will absolutely make you question the last few hours you have played of a specific chapter. Both the main and side characters are written brilliantly. The main story has no voice acting but each character is accompanied by their own music that you will grow very attached to.

While this is the first time an English console release has happened for The House in Fata Morgana, this release has massive upgrades over the original PC game. The original was designed and runs at 800×600 on PC. The Dreams of the Revenants Edition has been built from the ground up for widescreen displays and it runs and looks great on both PS Vita and PS4 Pro. A lot of the art has been redrawn for environments and there are only a few instances of the backgrounds being unfortunately cropped to go from letterbox to widescreen.

Having only tried out the demo on PC to check out how the game looked before it was brought to modern systems, I much prefer the new art and widescreen assets here. While it may not have an abundance of full anime cutscenes some modern visual novels have, The House in Fata Morgana excels with what it has in its static portraits and atmosphere created by the environments and music.

The score for The House in Fata Morgana has been composed by Mellok’n, Gao, Takaki Moriya, Yusuke Tsutsumi, and Razuna Aikawa. I mentioned how this visual novel was recommended to me multiple times and I always heard praise for the music. I can definitely see why. I’ve heard multiple songs from the soundtrack here daily ever since I beat the game and replayed it a few weeks ago on PS Vita.

The soundtrack is a combination of haunting melodies, vocal songs, and reinterpretations of the main theme and other melodies for the more tense moments in the game. Assento Dele is one of the best songs I’ve heard in video games and it reminds me of Ulver’s (avante garde band) music. There’s also a good amount of upbeat songs and tunes to complement the more sombre and atmospheric songs. Limited Run Games released a six-disc album for the music in this collection and I can definitely see why it went the extra mile to make the collector’s edition package as special as it could be. This game more than deserves it.

On the PS Vita, you can play the complete game with touch controls and button controls. It is always great when developers let you do this because tapping the screen to progress dialogue is much better than pressing the same button over and over again. The port here has one small issue and that’s with load times sometimes being a bit longer than expected.

Barring that, it is just as good if not better than the PS4 version since you can play it on the go with touch controls and have art that looks great on the screen. It also happens to be cross-buy but sadly not cross-save with the PS4 version. If you buy it on either system, you get the other version for free.

Overall, it is a bit disappointing that the rewind update has not hit PS Vita yet because it has been months since the PS4 patch arrived. Barring that quality of life feature, The House in Fata Morgana: Dreams of the Revenants Edition is not only the best version of Novectacle’s must play game, but it is one of the best stories you will experience in gaming.

Aside from pacing problems around the middle of the main story, The House in Fata Morgana is a masterclass in storytelling and my favourite pure visual novel of all time. It is definitely the perfect send-off to the PS Vita which remains the best visual novel platform of all time.