The Mako Reactor
Home Reviews The Legend of Heroes: Trails of Cold Steel III Review – The... 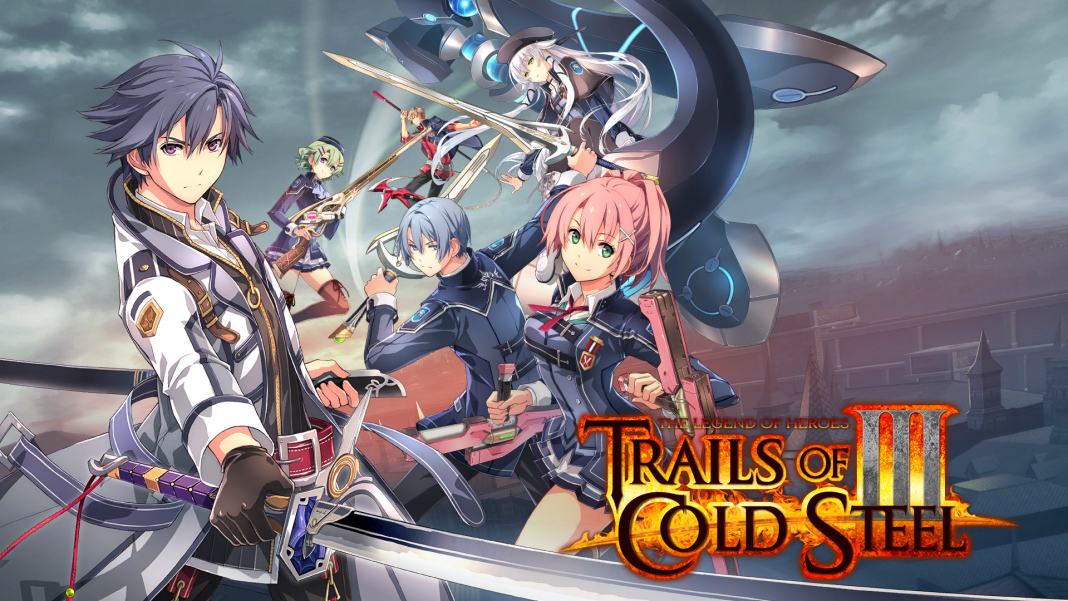 For most fans of the series, The Legend of Heroes: Trails of Cold Steel III’s release has been an agonizing wait. The first two entries in what now feels like Falcom’s premiere franchise originally released in English back in 2015 and 2016 respectively on PS3 and PS Vita. A little over three years later, Trails of Cold Steel III arrives as a PS4 exclusive.

Before I started playing, a lot of people I know who imported the Japanese version back in 2017 had prepared me for the massive size of this game. Thankfully, I had no issues with the story progression and introduction of characters. Considering Juna and Kurt who are both new characters introduced with this game in Class VII, the game does a great job of refreshing your own memories during introductions of characters.

The sheer amount of characters this game has that are voiced is pretty crazy. Most JRPGs would just opt for no English voice acting but Trails has gotten the attention to voice acting it deserves for almost every character with this release. I’m not going to get into story details here but after nearly a 100 hours, the massive cliffhanger of an ending has me tempted to just import the sequel right now.

Combat has been enhanced in some welcome ways. Instead of going with a traditional turn-based combat system that relies on selecting skills from a menu, Trails of Cold Steel III has a direct input system that uses all the directional buttons and face buttons of the DualShock 4. This makes combat flow much better and the addition of the High-Speed Mode or Turbo Mode makes dungeons much more fun. It is great that combat transitions are seamless with battles taking place where you run into or attack enemies in dungeons versus being transported to a new combat location like some other games. This results in some interesting battle locations later on.

The Break System is new to Trails of Cold Steel III letting you deal more damage to enemies after breaking through defence. Once enemies are in the break state (once the break gauge is filled), they drop items and take more damage. Another addition to Trails of Cold Steel III is Brave Order that lets you buff up the whole party using Brave Points that you otherwise use for various special attacks. Some of the boss battles early on feel balanced around this mechanic so make sure you pay attention to the various tutorials thrown at you initially.

I will say that while you could technically start with this game, there’s no real excuse to not play the first two Trails of Cold Steel games that are now available on every current PlayStation system and even PC. I’m not going to advise you to play PSP and older PC only titles because even asking someone to play two 50+ hour JRPGs is a tall ask. The great thing about Falcom games is, even the story focussed ones are usually great enough to make you want to experience the others after you finish a single game. I’ve not played the yet to be officially translated Ao no Kiseki and Zero no Kiseki or even played anything after Trails in the Sky when it comes to that arc of the story. If you do end up starting with Trails of Cold Steel III and you most likely will enjoy it, make sure to look into playing earlier entries. Falcom games always reward those who spend more time in the universe.

On PS3 and PS Vita, the Trails of Cold Steel games weren’t really graphical showcases. In fact, both versions had performance issues and looked dated. When they were ported to PS4, the dated visuals stood out even more albeit with rock solid performance and other improvements. Trails of Cold Steel III being designed for PS4 instead of being held back by any handheld has allowed Falcom to not only expand on the number of characters on screen at once but also the overall visual quality. This is by no means a PS4 showcase game but it is a noticeable step up above earlier entries with great character models.

The one area where the visuals come short is animations. A lot of animations are pretty awkward and some moments in the latter parts of the games have noticeable frame drops. Thankfully combat is smooth and responsive with only a few latter areas having performance issues in an otherwise rock solid 60fps experience on both base PS4 and PS4 Pro with the latter offering a 4K resolution. There are also some areas where the draw distance could be better instead of offering fog in the distance to hide what lies beyond.

Falcom games almost always have soundtracks worth owning. While the Cold Steel games have not had a soundtrack to match the first Trails in the Sky release for me, Trails of Cold Steel III is a noticeable step above earlier entries. Even the regular battle theme you hear initially is catchy with distorted guitars that are complemented with a nice piano and strings duet. The whole soundtrack feels a lot more cohesive and polished compared to earlier Cold Steel games.

The one area the audio aspect of Trails of Cold Steel III falters is voice acting levels. This can be fixed by you. The default levels for the voices, music, and sounds are messed up. The voices in particular are too loud with the default setting. Make sure you spend time tweaking the levels to get it to sound right.

If you’ve already played Trails of Cold Steel I and II before, there is nothing here that you will not like barring some of the localisation issues. This is a behemoth of a game when it comes to text and I expected there to be issues but these are restricted to word repetition or space issues for the most part. The game already got a patch to address some of the issues close to release. Hopefully NIS America is looking into sorting out the remainder of the text issues.

For newcomers to Trails of Cold Steel in general, the one area that might be annoying is the school life pace. There’s a lot of downtime between dungeons and the dated visuals might be a turn off for some. While no one really plays Falcom games for cutting edge visuals, there’s no denying that visuals are the biggest area Falcom needs to improve on home console.

Overall, Trails of Cold Steel III is not only the best Trails of Cold Steel game but one of the best Falcom games I’ve ever played. Arriving in English (and French) over two years after it debuted in Japan, the wait for this massive JRPG has been well worth it. The enhancements to visuals, combat, and the superb voice acting, and the great pacing make this one of my favourite JRPGs in a long time. Trails of Cold Steel III is definitely the best JRPG of 2019 and nothing comes close. If you even remotely enjoy superlative worldbuilding, character development, and have been craving a JRPG to satisfy those itches, this is it.