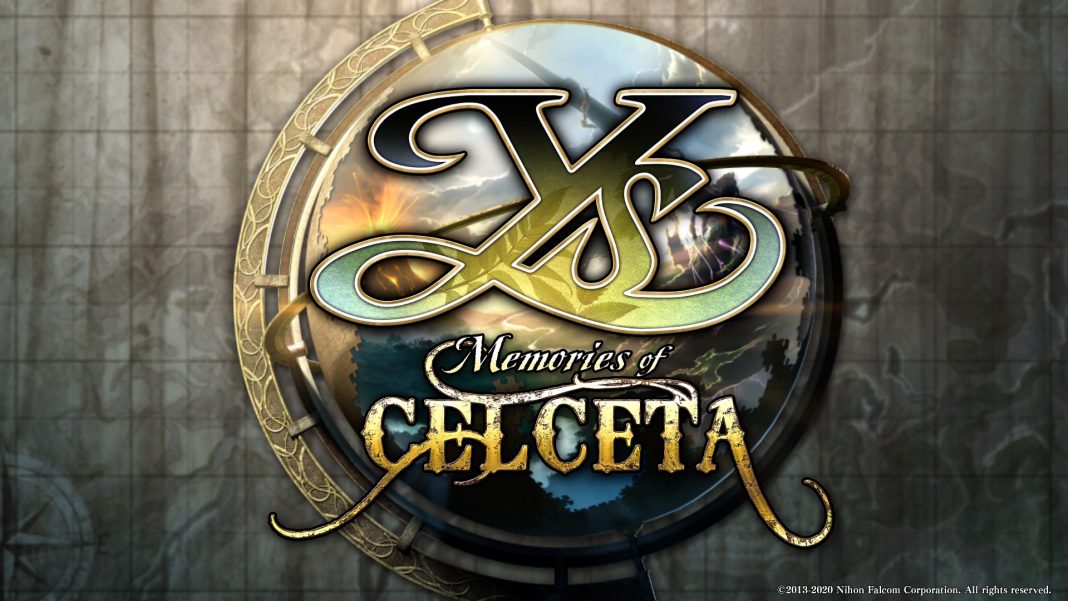 Ys: Memories of Celceta from Falcom for PS Vita ended up being one of the better action RPGs of the last decade despite being a relatively weak Ys game given the franchise’s outstanding legacy. It was then ported to PC in 2018 and then released on PS4 in Japan in 2019. That PS4 release has finally been localised by Xseed Games at a budget price. In terms of content, the game includes the original Japanese voice acting in addition to the English voice acting. The PS Vita original only included English voice acting. That is the only content difference between both versions.

The story begins with series protagonist Adol Christin arriving at a town with amnesia after a big adventure. Adol can’t remember anything and eventually meets up with someone who claims to know him before getting involved with helping people in the town. By exploring the world and discovering memory fragments scattered across the land, he remembers his past and the events leading up to the present. After you save a few miners initially, you get tasked with mapping a forest nearby from which no one has returned before.

If you played Ys VIII, the gameplay here will feel familiar. It uses the party system that has you being able to switch between members on the fly during combat and exploration and the superlative combat Falcom is known for. Party members have their own unique attack types ranging from slash to pierce and strike. These affect enemies differently and the game relies on you switching between party members depending on the enemies in front of you. In addition to the combat, there are puzzles to solve in the various dungeons you explore in the game.

As you fight, you learn skills that can be equipped and also have an ultimate ability. Barring being on the offensive, you can dodge and guard for defense. Executing a guard at the right time will result in a flash guard that negates damage and lets you deal out critical hits. The gameplay is very straightforward but is still tons of fun. The PS Vita’s touchscreen functionality has been adapted for use on the DualShock 4 controller.

Ys: Memories of Celceta already felt like a game made for PSP before moving to PS Vita when it originally released on Sony’s last handheld console. These roots are more evident on PS4. While performance is mostly rock solid at 60fps which is a huge upgrade over the PS Vita original, The visuals aren’t great. These have been improved from the PS Vita release but the game still looks very dated. The PS4 release of Trails of Cold Steel on the other hand has transitioned much better to PS4 from its PS3 and PS Vita roots.

While the interface in Ys: Memories of Celceta has been scaled relatively well, there are a few assets that look blurry. Shadows on the other hand almost always flicker during movement (just like the shadows in Ys VIII on Nintendo Switch and PS Vita) and there is a lot of shimmering on certain things in the environment. When played on PC, you can fix these by downsampling and with better post processing but on PS4 Pro (when played at 1080p), these issues were noticeably annoying.

One area Falcom games never falter is music. Ys: Memories of Celceta’s soundtrack has aged brilliantly after nearly a decade. The blend of distorted guitars with violins never gets old. Catchy tunes extend beyond just dungeon and town music here. Even the opening theme is fantastic. While this does have dual audio, there isn’t much voice acting in the game. Expect a lot less voiced dialogue compared to Ys VIII and Trails of Cold Steel games.

This is easily the definitive console release of the game. While I definitely would’ve liked more improvement for the visuals, as an enhanced port, it gets the job done. It has been great revisiting the game that got me into the Ys franchise after all these years. Ys: Memories of Celceta fills the gap as an interesting Ys game and a great action RPG in between Ys Origin that remains the best old school Ys game and Ys VIII: Lacrimosa of Dana that is the best modern game in the series. If you skipped this on PS Vita, the PS4 release is well worth your time. If you already played it before, there isn’t much here for you barring the performance and visual upgrades.