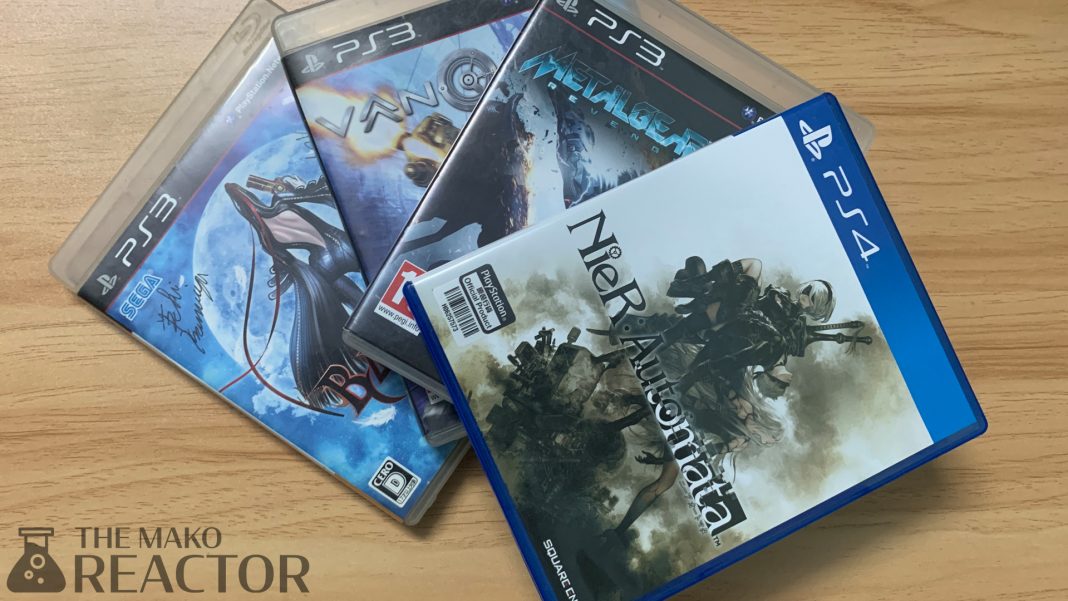 Astral Chain is an action game exclusive to the Nintendo Switch developed by PlatinumGames. While it sports an anime-inspired aesthetic, some playful non-action sections, and even cats, it seems to borrow from PlatinumGames’ past hits in ways more than one. This makes it as good a time as any to revisit its back catalogue to experience what led to the upcoming Astral Chain. Naturally, none of these are related to Astral Chain in terms of story but are tied together by their tone, presentation, gameplay, and overall feel to give you a sense of what to expect when Astral Chain is finally out.

When you see the end credits roll in Nier: Automata, you’re not quite finished with the game. It’s an expertly woven tale demanding multiple playthroughs that shapes your perspective of its many characters. What makes it worthwhile is its fast-paced combat and responsive controls. The moment to moment gameplay makes it feel fresh even after several playthroughs. While we doubt Astral Chain will have the same level of depth in its narrative its battle sensibilities appear to be in-line with Astral Chain making it worth checking out. There’s probably a deeper connection when you consider that Nier: Automata’s game designer Takahisa Taura is Astral Chain’s director.

It’s available PS4, Xbox One, and PC though the PS4 version is the one to play as it doesn’t have any of the optimisation issues present on the other two platforms.

Granted you can blow past Bayonetta in about 10 hours, but it’s filled to the brim with colossal moments as you take on the forces of heaven as Bayonetta — a witch wielding pistols on her heels. Firearms aside, you can conjure demons from her hair like dragons and ravens to devour your foes. Bayonetta 2 is just as spectacular though the first game has a charm that’s all of its own. That said, both games have a crazy, off the wall vibe to them that Astral Chain seems to riff on.

They’re both available on Wii U and Nintendo Switch. If you don’t own either console just yet, the first game is on PC, PS3, Xbox One, and Xbox 360.

Vanquish is what happens when PlatinumGames throws you into the role of a DARPA agent decked up in an awesome suit aboard a space station that takes its sci-fi setting to its logical end point — letting you punch giant robots in the face. Throw in relentless pacing, transforming weapons before Bloodborne made them popular, and rocket-powered sliding that made traversal an absolute joy, and you can see where Astral Chain got its sense of cool from.

For all accounts and purposes, the Metal Gear series is dead in a post-Kojima-Konami world. So why not take a look back at one of the more subversive albeit non-canon entries in the franchise? You don’t sneak through Revengeance, instead you’ll be slashing through mechs, super soldiers, and US senators. And while perfecting the game’s core slicing and dicing is an easy way to get by, Platinum has included a host of other ways to get by all while looking stylish. These range from ninja runs to slow-mo and even dismembering cyborg baddies for their spines that give you a health bonus. With Astral Chain’s combat looking as varied and stylish as it does, Revengeance seems like an obvious influence.

Metal Gear Rising: Revengeance is available on PS3, Xbox 360, Xbox One, and PC.