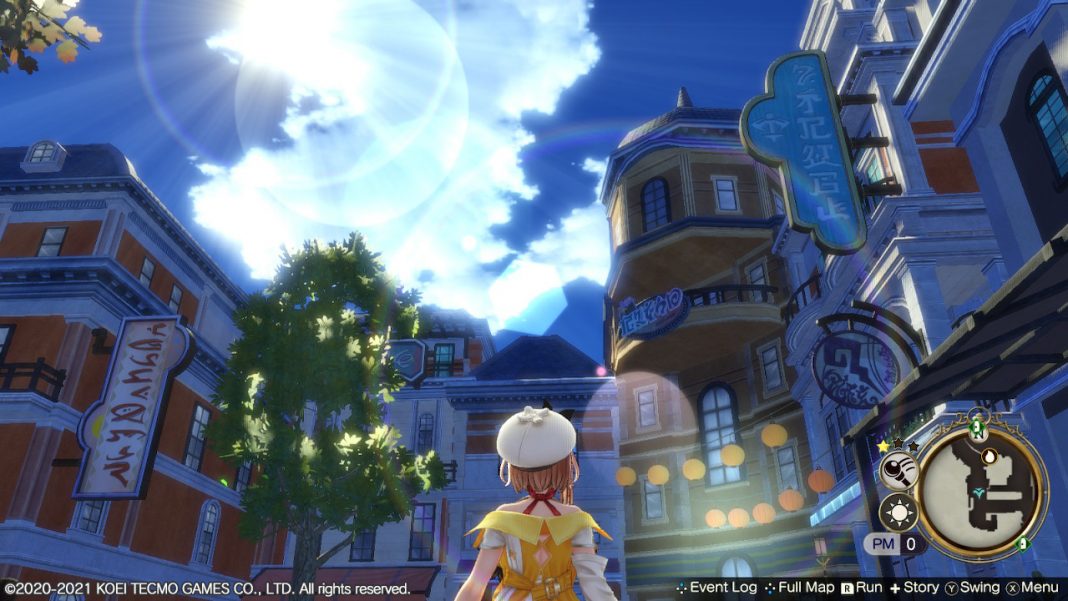 After debuting in Japan on PS4, PS5, and Nintendo Switch, Atelier Ryza 2: Lost Legends & the Secret Fairy has finally arrived in the West on PS4, PS5, Nintendo Switch, and PC via Steam. The sequel to the excellent Atelier Ryza: Ever Darkness & the Secret Hideout is set a few years after that game featuring new and old characters but it still is a great entry point into Atelier games. Whether you’re new to the franchise or a veteran player, here are some tips to help you out in Atelier Ryza 2: Lost Legends & the Secret Fairy.

You get a lot of freedom in Atelier Ryza 2 and can explore ruins, forests, and many more locations. You will slowly unlock tools that help you reach areas you couldn’t access before as well. Atelier Ryza 2 lets you swim, go underneath cracks to reach hidden areas, and a lot more while walking around so take advantage of this because you are always rewarded through items or other valuables. Don’t be afraid of running away from enemies or avoiding encounters if you’re just on a gathering run because you will run into enough enemies in the field to fight when you need to.

Use exploration to your advantage to not just fight more enemies and advance the story but also to gather as much as you can. While walking around, pay attention to objects glowing blue. These include items on the ground, trees, barrels, and more. Gathering as much as you can while exploring saves you time when you want to craft materials to sell or use when you come back to your atelier or when you just want to finish off a dungeon later.

Combat in Atelier Ryza 2 is faster than every Atelier game. You can stick to controlling just Ryza or switch characters on the fly to be even more involved during combat. Using your normal attack when your turn arrives builds up AP. Once you have enough AP, you can unleash powerful skills. Doing this raises the tactics level which raises the number of regular attacks you can do. The tactics level also affects some skills by giving them special effects or by increasing their power. While combat is relatively simple, it is worth paying attention to what your party members say during combat. They often instruct you to use specific skills so they can follow up. Focusing on a single enemy is also useful when you take on groups of enemies but always be mindful of when you are being attacked so you can guard in time.

How to advance the story in Atelier Ryza 2

If you’re ever confused on what to do or where to go next, you can press down on the d-pad to bring up the map. The green door symbol or blue arrow pointing up symbol will tell you where to go next. Pressing + on Switch or the options button on PlayStation will let you view the story or quests as well.

How to make money quickly in Atelier Ryza 2

Initially, there are two ways to make money easily in Atelier Ryza 2. The first is turning in requests (quests) at the cafe bulletin board. Most of the early ones are just giving people materials you would have from gathering and the rewards are really good. The second way to earn money quickly is through alchemy by focusing on transferring the “Expensive” trait.

As mentioned above, you can take on requests at the bulletin board in the cafe or through talking to people in different locations. You also sometimes get requests from your own party members. These are titled party quests. You can view all the quests you have taken on in the quest log. Completing more quests raises your recognition and will let more people give you quests.

Alchemy in Atelier Ryza 2 is enhanced further from Atelier Ryza with more customisation options for whatever you are looking to craft. You can also use the auto alchemy to let the game synthesize a low or high quality material without you having to manually add materials. This saves time but uses up extra materials.

Initially, you can explore ruins or just the area outside the capital city in Atelier Ryza 2. In the ruins, look around for any location you can squeeze into because there are a lot of hidden areas. Each of the ruins has memory vestiges and ruin fragments to collect and complete. Doing so will solve mysteries in ruins, reward you with new recipes, and more. These also add a layer of mystery solving which is a nice addition over just exploring, gathering, and fighting. The compass you have also helps you find these easily.

How to save in Atelier Ryza 2

You can save and load data in Atelier Ryza 2 at your diary at the desk in your atelier. In your exploration diary, Ryza writes down information about the ruins.

How to change time in Atelier Ryza 2

You can take a nap in your bed at the atelier to sleep until a different time of the day. Keep in mind that this might cause some quests to go away. Atelier Ryza 2 has morning, afternoon, evening, and night time periods.

How to change costumes in Atelier Ryza 2

You can change costumes at the diary at your desk in your atelier once you have bought any DLC or redeemed any code for costumes from a pre-order bonus.

If you bought Atelier Ryza 2 Digital Deluxe Edition or Atelier Ryza 2 Ultimate Edition, you will be able to use the costumes once you reach your atelier after a bit of playing. You can access these from the diary as explained above.

How to fast travel in Atelier Ryza 2

Initially, you are limited to fast travelling back to your atelier only by pressing the touchpad on PlayStation or “-” button on Nintendo Switch. After a little bit of playing, you eventually unlock the world map. Once you unlock this, you can fast travel to any previously visited area but keep in mind this causes time to flow.

Unlike Atelier Ryza that had photo mode added through an update, Atelier Ryza 2 has it from the get go. You can hold L and press X on Nintendo Switch or L1 and Triangle on PlayStation to activate photo mode. Once in photo mode, you can move characters, change expressions, time of day, frames, and more. More photo mode features like additional frames will be added in post launch updates.

You use skill points in the Skill Tree in Atelier Ryza 2 to unlock more recipes and level up various things. You earn skill points from different things but synthesizing (alchemy) is the best way initially. Focus on unlocking recipes for grass beans, nectar, and bombs initially as they help in combat. Once those are done, you can focus on unlocking recipes for gathering and exploration tools and then work on weapons.

Atelier Ryza 2: Lost Legends & the Secret Fairy is out now on PS5, PS4, Nintendo Switch, and PC via Steam.