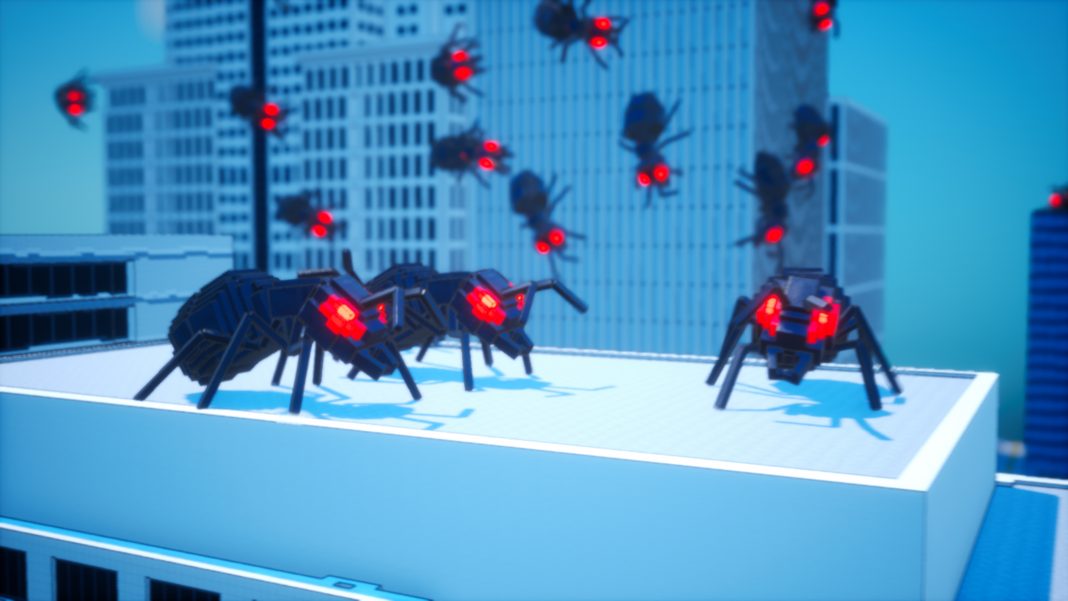 The other graphical issue I ran into on both my Nintendo Switch and Nintendo Switch Lite on different save files was a flickering issue for the ground or some buildings while flying or moving around quickly. This isn’t something I could replicate but it did happen at random in different missions on both systems.

Overall, on the visual side of things for graphics, image quality, and more, the PS4 version is easily the way to go. I could deal with Earth Defense Force 2 on PS Vita and had no trouble with running Earth Defense Force 5 on my older laptop with everything turned to low or off when I needed to get a decent frame rate, but Earth Defense Force: World Brothers on Nintendo Switch is just not a good conversion when it comes to visuals. You might be able to tolerate the cutbacks and issues when playing handheld because the smaller screen hides some of it but it is bad when played docked.

On Nintendo Switch, the frame rate target is 30fps but it is never stable and drops a lot right from the early missions. A few missions early on result in not just big frame rate drops but also random freezing. The freezing for about half a second or a second even happens when there are no enemies on Nintendo Switch when you change your character or fire a weapon. It doesn’t feel like a good experience at all. I can imagine some will get used to the variable performance that drops a lot but random freezing is not ideal. This goes beyond the usual frame rate issues people expect in an Earth Defense Force game.

When it comes to load times, I tested Earth Defense Force: World Brothers on the PS5 internal SSD, an external drive which I used for both PS4 Pro and PS5, and the Nintendo Switch. Unsurprisingly, the PS5 loaded things in a few seconds at maximum and there was no hitching at all. The Nintendo Switch version is the slowest but it isn’t as bad as Persona 5 Strikers’ load times.

While the PS4 version lacks local wireless and gyro controls (this is disappointing given the controller can support it), it does include splitscreen support. What is more interesting is that the PC version doesn’t include splitscreen. For performance, Earth Defense Force: World Brothers on both PS5 and PS4 Pro holds up very well in the missions I tried on multiple difficulties.

Overall, Earth Defense Force: World Brothers is definitely worth getting on PS4. Having played it on both PS4 Pro and PS5, it runs well and looks good. While I wish the draw distance and post-processing in the PS4 version were better, you’re in for a treat if you are a longtime Earth Defense Force fan and can deal with a self-aware spin-off that is a love letter for fans with the references, characters, enemies, and more.

I’d only recommend the Nintendo Switch version if you will only be playing this game on the go and never docked. If you own both platforms, this is one of those situations where you absolutely should get it on PS4 because it is better in every way. Hopefully the next Earth Defense Force release on Nintendo Switch is much better and the improvements eventually approach the same level as Atelier Ryza 2 on Nintendo Switch where it is a great experience after how bad the original Atelier Lydie & Suelle release was.

Earth Defense Force: World Brothers is out now on PS4, Nintendo Switch, and PC via Steam. I’ll have full reviews of the PS4 and Nintendo Switch versions in the near future.