The Mako Reactor
Home Features God Eater 3 on Nintendo Switch Is the Best Way to Play... 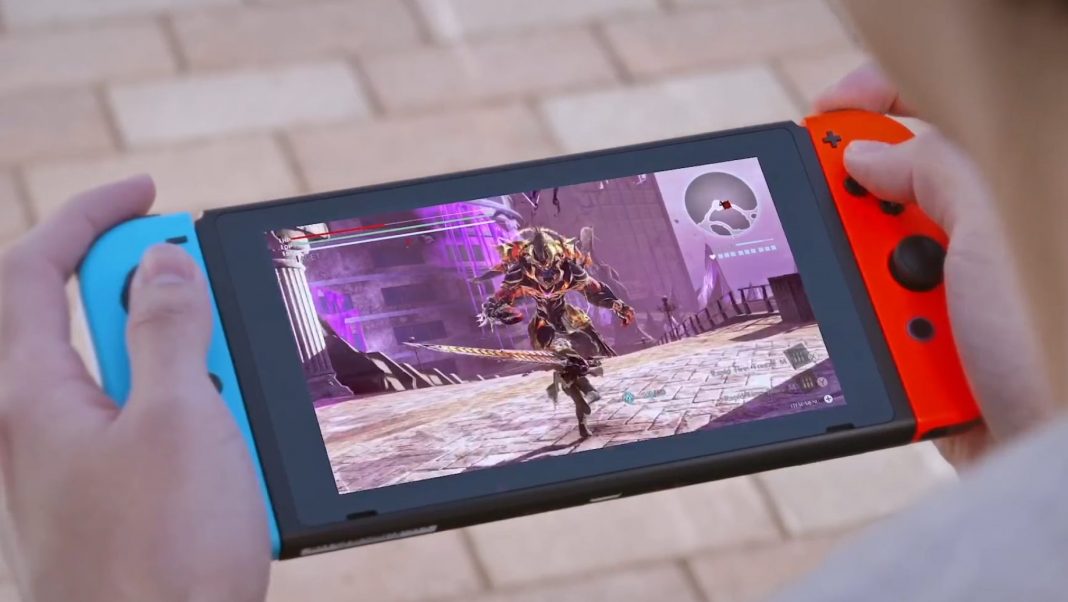 Regardless of playing God Eater 3 in handheld or docked mode, the frame rate remains stable. Be it exploring ruined cities or having a part of four laying waste to gigantic flying monsters or Aragami as the game calls them, God Eater 3’s frame rate doesn’t skip a beat. This extends to playing in local coop and online play too. Coupled with responsive controls, slaying the varied flora and fauna is extremely satisfying. It helps that God Eater 3’s missions are short, it’s rare that you’ll exhaust all 40 minutes needed to complete one making it apt for short bursts of play.

In fact, God Eater 3’s local coop on the Nintendo Switch is reason enough to get the game. Matching up with friends is painless and there’s no latency either. To me, it’s the ideal way to play if you have likeminded monster hunting friends. Compared to Monster Hunter Generations Ultimate which had a different set of missions for single-player and coop, God Eater 3 lets you and your friends play the entire game together. This includes its tutorials as we tested. Battery drain was not too bad. Two missions lasted 20 minutes and saw us lose 10 percent on one Switch (auto brightness on) and 13 percent on another (auto brightness off).

The only caveat is that if one of your party is playing the game for the very first time, all of you will have to start from the very beginning regardless of where you are in its campaign. Hopefully this is fixed in a later update because the rest of God Eater 3’s multiplayer implementation is exceptional when compared to anything else in the genre on the Switch right now.

Furthermore, the Nintendo Switch release of God Eater 3 also has a host of additions made to other versions. These include the ability to play the entire game in local coop, which is obviously not present on God Eater 3 for PS4 and PC as well as all the free DLC and content from those versions of the game such as endgame missions like Another Devil.

It’s heartening to see platform parity in feature set, where nothing is left behind. This is something other game publishers like EA can learn from, bringing the likes of FIFA to the Switch minus The Journey and Ultimate Team.

All of this doesn’t mean that God Eater 3 on the Nintendo Switch has poor graphics. Far from it. The strong anime-inspired aesthetic is enough to mask some of its many visual imperfections such as an obvious lack of special effects and low-resolution textures in the environment. There are some other concessions like rocks and smaller structures in the environment popping into the view but they’re nowhere close to being deal-breakers. Quite frankly, you’ll have to be really looking for them to notice.

Since the launch of Nintendo’s hybrid console, we’ve seen a spate of games ported to the Switch from its more powerful brethren, the PS4 and Xbox One. Some of these, such as Warframe, have been astounding while others would have been better off not existing like WWE 2K18. Much like Panic Button’s stellar conversion of Digital Extremes’ space-faring shooter, God Eater 3 is fantastic on the Nintendo Switch. By focussing on the system’s strengths like local coop and maintaining a stable frame rate, there’s little reason not to give God Eater 3 a go on the Switch, even if you’ve already played it on PS4 or PC. And if like me, you like your Aragami slaying goodness on the go with friends, it’s the best way to play.