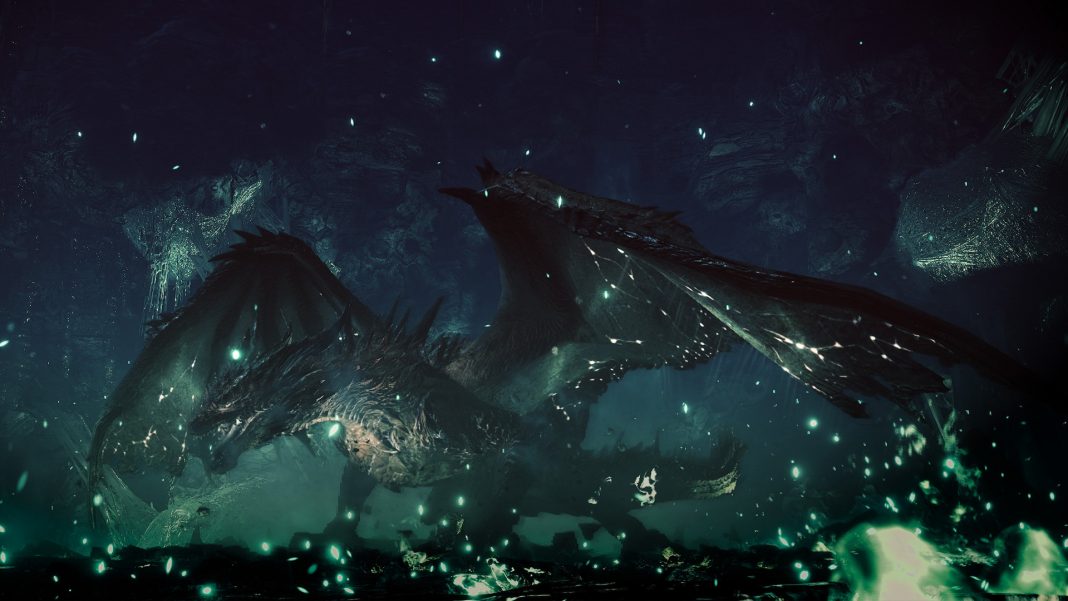 How to unlock Safi’jiiva in Monster Hunter World: Iceborne

The Safi’jiiva siege will only be available once you’ve finished the “Across the Lost Path” special assignment that has you facing off a Stygian Zinogre. Basically, you should always try and complete the purple “!” assignments available to you so you aren’t locked out of certain time sensitive content when available. Once you complete the Stygian Zinogre quest, you will want to look into the “??? Recon” quest that has you scouting Safi’jiiva. “Point of No Return” has some very nice cutscenes as well. Once you have all of this complete, you can take on the proper Safi’jiiva siege which is titled “The Red Dragon”. The Safi’jiiva can be done solo but it is not optimal at all and the quest is balanced for four players.

How to join a Safi’jiiva siege in Monster Hunter World: Iceborne

The Safi’jiiva siege is only available from the pub lass in the Gathering Hub since it is a siege hunt. Once you boot up Monster Hunter World: Iceborne, join an online Safi’jiiva quest. You can do this by going to search for an online session through “Filter Search” with a quest preference of “Safi’jiiva”. This will bring you into online sessions where most people are doing the siege in the gathering hub. Once you’re in, go to the Gathering Hub and talk to the pub lass to either join or initiate a siege with others.

Safi’jiiva has multiple phases and is quite daunting initially. Over the weekend, I’ve completed the siege about 25 times successfully and it has been interesting seeing not only how Safi’jiiva behaves against different attacks but also how newer players handle the siege. There are a few things to keep in mind but your aim initially is to just stay alive and damage Safi’jiiva as much as possible. The siege is split up across three areas. Safi’jiiva keeps drawing energy from each area before moving to the next and your aim is to have it deplte energy and then slay it in the third area. You have a total of 20 minutes for an attempt in this siege.

If you are able to, joining in a session with close to 16 people is recommended because four groups of four players taking on Safi’jiiva in a single session will ensure the maximum rewards and fastest clear time. If you do it solo (if you are skilled enough) or with a few friends in a private session, expect to spend more time doing the siege because it will not be complete in a single attempt.

In the first area, Safi’jiiva just has regular attacks that will remind you of Xeno’jiiva. It is massive so be mindful of its tail and also where its legs are because they damage you a lot when Safi’jiiva moves and you come in the way. Your focus in the first area and phase should be clutch clawing Safi’jiiva and weakening certain points so that you and other players can unleash as much damage as possible. Safi’jiiva also inflicts you with fireblight after its attacks involving its laser attack or its breath attack so learn to evade out or dodge roll to douse the fireblight.

The second area is where Safi’jiiva gets dangerous and will be a bit hard to deal with initially. It has a few new area of effect attacks that damage you a lot and has a new taunt like mechanic where it will target a specific player when enraged. You can change this target by flinch shotting Safi’jiiva. Safi’jiiva also has a supernova like attack that has it fly into the air. NPCs will alert you to find cover during this. There are a few rocks you can use as cover indicated on the map. You absolutely need to hide behind them before Safi’jiiva unleashes this attack or you will cart. Once you’ve damaged Safi’jiiva enough here, it will move to the final area.

The first thing you will notice about this third and final area of the siege is how gorgeous it looks. Remember that initial tease from Capcom? This is that area and that monster is Safi’jiiva. Over here, the rocks are more scarce so you need to be mindful of them around you because Safi’jiiva can get into the supernova mode pretty randomly. It is more dangerous and vicious in this area and the clock is ticking. You will know you’re getting close to slaying Safi’jiiva when it starts dropping slinger bombs. Once you slay Safi’jiiva, remember to carve multiple times.

Carry a lot of group heals. Life Powder and Dust of Life are essentials because when Safi’jiiva targets a teammate and does its powerful attack, you need to be able to heal the teammate or they will cart and you have one less continue before you fail the quest.

Having a farcaster is always useful to restock in between phases of the Safi’jiiva siege.

Listen to what the NPCs tell you during the siege because they alert you about when Safi’jiiva targets you or a teammate and they also alert you before Safi’jiiva unleashes the supernova attack.

Evade roll a few times when you are inflicted with fireblight and then heal.

Equip partbreaker through destroyer jewels so that you get more drops from the siege because some Safi’jiiva materials are very hard to get as drops.

Hopefully this helps you complete the siege which you will be doing multiple times while farming for materials and weapons. Overall, the siege is way better than the Kulve Taroth one in the base game and it shows Capcom is willing to continuously take feedback into account while bringing in newer content to Monster Hunter World: Iceborne.

Monster Hunter World: Iceborne is now available on PS4 and Xbox One.