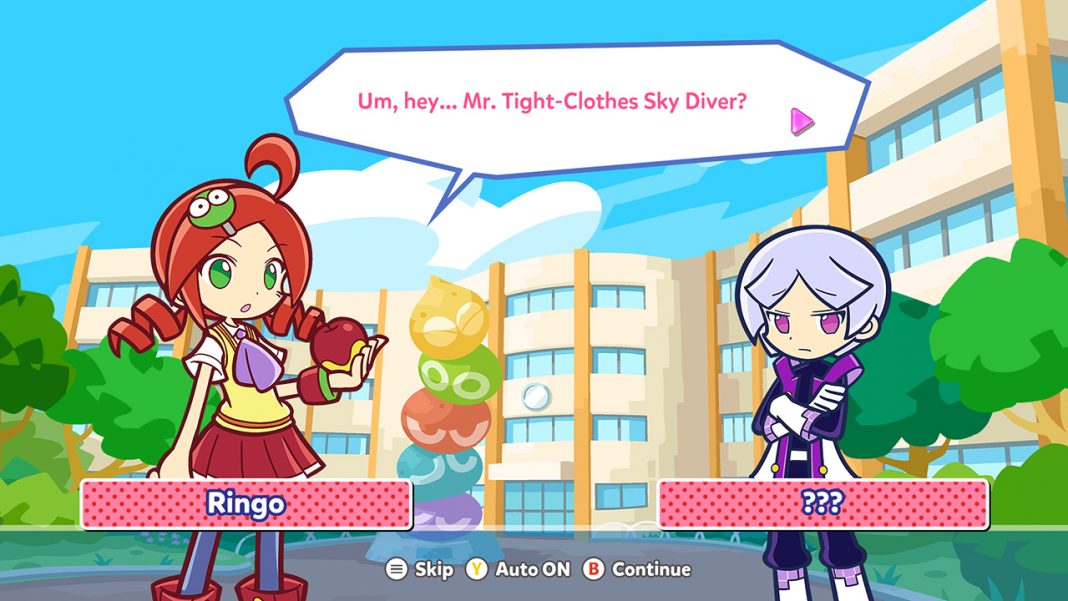 The original Puyo Puyo Tetris was a fan-favourite import game from back in 2014. I even had a friend get me the PS Vita version because it looked like the game would never be localised. Fast forward to 2017 and Sega finally brought Puyo Puyo Tetris  to the West on PS4 and Nintendo Switch. That eventually made it to steam a year later. Next month, Puyo Puyo Tetris 2 arrives on PS4, PS5, Nintendo Switch, Xbox One, and Xbox Series X. I’ve been playing it on Nintendo Switch over the weekend.

If you’re new to Puyo Puyo Tetris, it brought the worlds of Sega’s Puyo Puyo together with Tetris for a puzzle experience that offered a wealth of game modes, robust single-player experience, and online modes. Puyo Puyo Tetris 2 builds on the original with more modes including Skill Battle that has been taken from an unlocalised 3DS game, the promise of better online, and an all new adventure mode that is welcoming to new players.

For this preview, I’ve been able to sample the opening moments of adventure mode. While the original had a steep difficulty curve for many, Puyo Puyo Tetris 2 has a new auto difficulty option that will tune the adjust your next matches depending on your skill level as you play. There is also an overworld map that adds to the experience in making this feel like a true adventure.

One of the big new additions is Skill Battle. This mode has you selecting a team of three characters and trying to reduce your opponent’s health to zero. You can use skills that consume mana points to try and turn the tide of battle. This adds another layer of strategy to the intense battles through auto skills, special skills, and item cards. These are unlocked through progression in the Adventure Mode.

The original Puyo Puyo Tetris released before the Nintendo Switch video capture was enabled. Puyo Puyo Tetris 2 supports it from the get go which is a nice feature to have when you want to share interesting combos and clears. If you aren’t confident in either Puyo or Tetris, Puyo Puyo Tetris 2 has loads of tutorials teaching you the basics and high level skills.

Overall, the adventure mode so far feels great to play and has the signature charm I liked in the first game. The core gameplay in both Puyo and Tetris modes is still excellent. I haven’t been able to try out the online yet to see what kind of improvements Sega has brought in though. For newcomers, Puyo Puyo Tetris 2 is looking like an essential for fans of puzzle games. For veteran players, the draw of a brand new story might be enough to get Puyo Puyo Tetris 2. Stay tuned for our full review closer to launch.