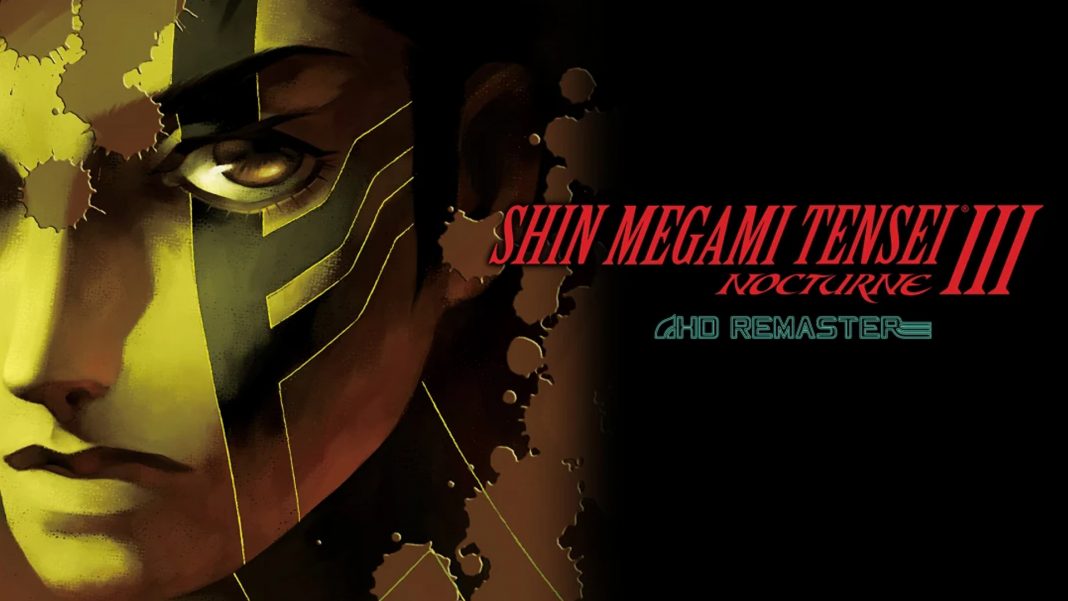 If you’ve already played Shin Megami Tensei III Nocturne before and are wondering how the remaster is following complaints with the initial release in Japan, there have been fixes to some key areas but some things are still the same. The base release in the West includes all patches from the Japanese version right from the get go ensuring players here get a much better experience from the start. The one aspect that hasn’t been fixed is the compressed music. While there are two new voice acting options, the music is still the same more or less. While I knew it was likely not feasible, it is still disappointing. That is my major complaint in the first few hours of Shin Megami Tensei III Nocturne HD Remaster that I can talk about in this preview.

For newer players who likely experienced Shin Megami Tensei through the Nintendo 3DS games, Nocturne has always had a superb aesthetic and it oozes atmosphere. Bringing over that to modern displays elevates Shin Megami Tensei III Nocturne further in my time spent with the remaster. You start out as a high school student who ends up transforming after an apocalyptic event known as the Conception occurs bringing demons to what’s left of the world.

I know some people have a problem with the encounter rate, but I haven’t really had any trouble with it so far. The lack of being able to save anywhere in this remaster however, is disappointing. There is a suspend save feature that lets you create one suspend save and quit to the title screen. Once you load this, the suspend save is deleted. This is a decent but appreciated addition, but having proper save anywhere would’ve been much better.

Visually, Shin Megami Tensei III Nocturne HD Remaster on Nintendo Switch is mostly good with some issues. The pre-rendered cut-scenes are still using the old PS2 4:3 aspect ratio with some blurring on either side to fit the widescreen display. Character models, demons, and many of the environments look exactly as I wanted them to look in HD. There are some low resolution textures though. I was hoping the pre-rendered cut-scenes would’ve been upscaled but they look just like they did in the original game. I also noticed some instances of flickering on characters though during in-engine scenes. The only other issue I had was a random black screen for a second or less after some dialogue or interaction on Nintendo Switch. I hope these can be resolved in a patch.

I can definitely see why Atlus called this an HD remaster and didn’t give it a new name like other enhanced ports or releases that usually have new story content and gameplay additions in addition. Don’t come into Shin Megami Tensei III Nocturne HD Remaster expecting a Strange Journey Redux-like experience when it comes to additions. This is basically an HD remaster with some unexpected but welcome additions like voice acting, improvements to demon fusion, accessibility options, and more. Despite my issues so far with the conversion and lack of certain things, I’ve thoroughly enjoyed my time with one of Atlus’ classic games that is finally available on modern systems.

Decarabia might still be waiting for Forneus but the wait for Shin Megami Tensei III Nocturne HD Remaster is nearly over. It releases on May 21 for Digital Deluxe Edition owners and May 25 for everyone else on PS4, Nintendo Switch, and PC via Steam. I’ll have a full review closer to release.