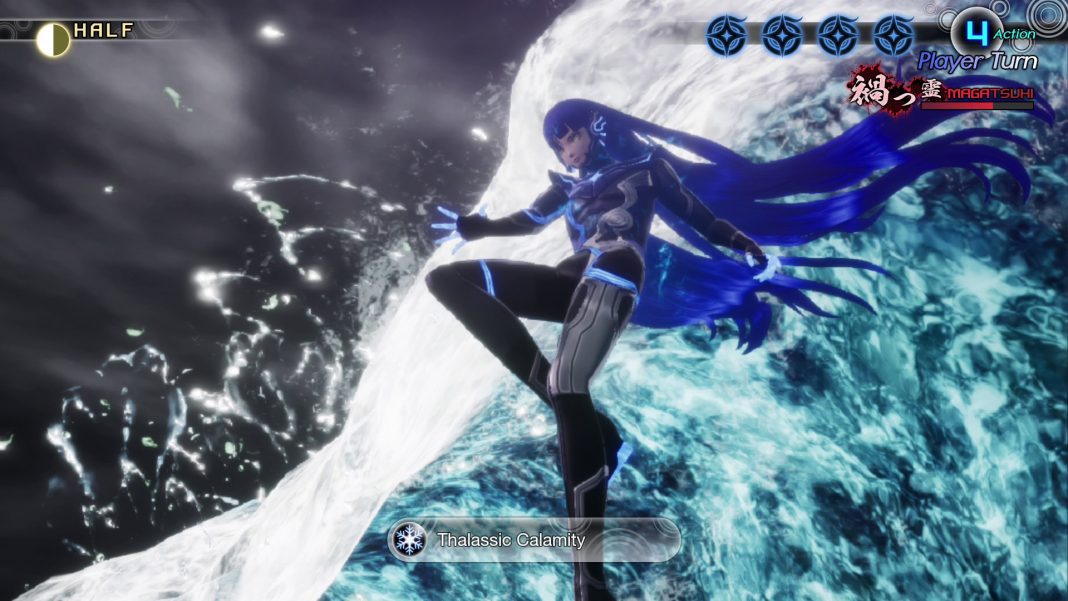 What is Magatsuhi in Shin Megami Tensei V

Magatsuhi are the colored crystals you see on the map. These vary by color and restore HP (green), MP (yellow), and Magatsuhi gauge (red).

How to get Magatsuhi in Shin Megami Tensei V

The Magatsuhi crystals are scattered across the map at different parts. You walk near or over them to collect them. You can also gain Magatsuhi during combat after each turn, or by performing specific skills or fulfilling certain conditions in combat depending on the miracles you’ve unlocked.

How to use Magatsuhi skills in Shin Megami Tensei V

Don’t forget that like you, enemies can also use these skills so be careful when you see enemies gathering Magatsuhi.

While you initially only have the Omagatoki: Critical Magatsuhi skill that makes all attacks including magical attacks Critical for 1 turn, you can unlock more skills (initially0 by unlocking talismans and having a demon of the same race as that of the talisman. This lets you perform more Magatsuhi skills like Fairy Banquet (raise all stats to the max for three turns of all allies) or Omagatoki: Adversity (the lower the HP of all allies, the more damage and HP recovered through skills for one turn).

Where to use Talismans in Shin Megami Tensei V

You can’t actually use Talismans like other items. Instead, they are key items that give you the ability to use new Magatsuhi skills if you have a demon of the same race as the Talisman. You can also unlock a Miracle that lets you (Nahobino) use the Magatsuhi skills from other demons in your party instead of having to do it on their turn.

How to unlock new Talismans in Shin Megami Tensei V

You unlock Talismans through a variety of ways. You can find them in chests, get them as rewards for specific quests, and more.

Hopefully this helps you out in the early parts of Shin Megami Tensei V with Magatsuhi and the skills.