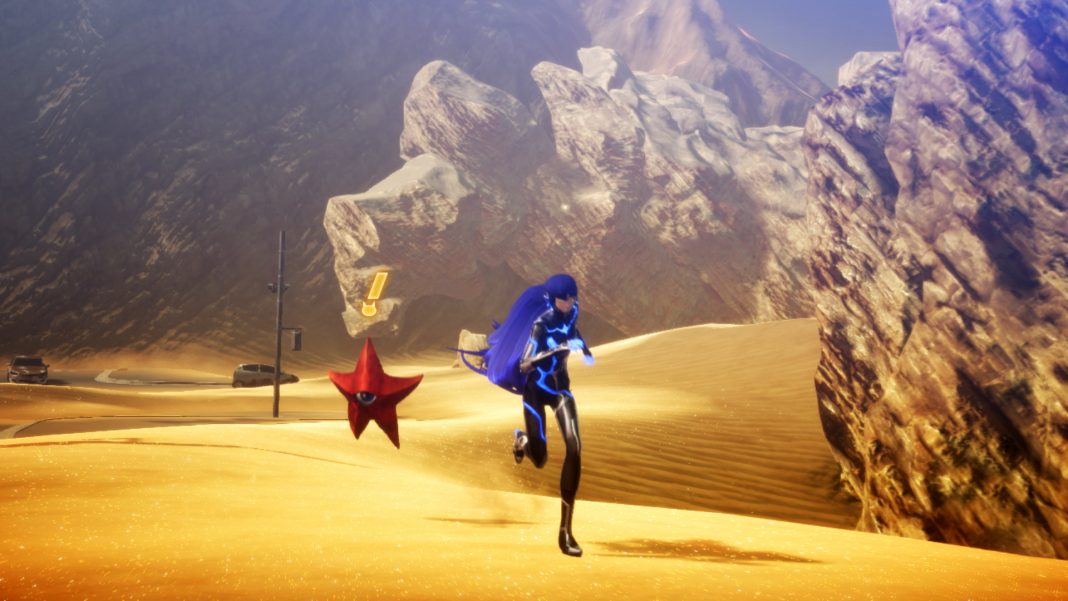 Shin Megami Tensei V is finally here after a very long wait on Nintendo Switch. I’ve played it over the last few weeks and absolutely love almost everything about the game. Read my glowing review of it here. Whether you’re new to Shin Megami Tensei or new to JRPGs in general, this guide will help you with the basics of various aspects of the game. These include exploration, fast travel, saving, how to earn money, combat, early boss battles, and more. This will only cover mechanics from the early parts of the game with no story spoilers. Here’s what you need to know.

How to save in Shin Megami Tensei V

While most modern games have autosaves and the ability to save anywhere, Shin Megami Tensei V only lets you save at specific areas called Leyline Founts (indicated by glowing blue pillars). These act as hubs for you where you can save and access other useful things like a store and more.

Now that you know where and how to save, get ready to do it often because dying in battle will throw you back to the title screen. You can’t retry if you make a mistake and get hit on your weak point or with a critical attack. Expect to have a few game overs at least in Shin Megami Tensei V so you may as well save often. You definitely should save when Aogami or someone else warns you of a powerful demon or presence.

How to fast travel in Shin Megami Tensei V

Where to buy and sell items in Shin Megami Tensei V?

At Leyline Founts, you can talk to Gustave at the Cadaver’s Hollow who sells items and buys relics or items from you. Relics are special items you find at vending machines across the world and items given to you or discovered by you in specific locations. These serve no real purpose barring being sold to Gustave to earn Macca. Gustave sells healing items and offensive items. The number of items he sells increases over time.

As you explore Da’at, you will find vending machines. You can interact with these to collect relics. Selling relics to Gustave at the Cadaver’s Hollow at Leyline Founts to earn Macca. You also find Macca in some chests and earn it through combat. The best early game way to earn Macca is through relics though.

Shin Megami Tensei V uses the Press Turn system that Shin Megami Tensei is known for. Your aim in combat is getting your enemies’ health points to zero as you exploit enemy weaknesses, make sure you don’t have your own weaknesses exploited, and survive. When you attack and manage a critical hit or exploiting an enemy’s weakness, you gain half a press turn. The turns are indicated on the top right of the screen. Similarly, if your enemy exploits your weakness, it will gain half a press turn. If you or your enemy attack and the skill or attack is blocked, turns are lost. Passing uses up half a press turn. Managing your turns while stealing your opponent’s turns essentially is what you aim to do in Shin Megami Tensei V’s combat.

How to find enemy weaknesses in Shin Megami Tensei V

Barring trial and error that is usually time consuming and dangerous because you might have a game over doing this, the quickest way to identify weaknesses is by using the Spyglass item. You can buy it for 100 Macca at Gustave’s store. This lets you view info for one enemy. If you aren’t sure about boss battles, it is worth saving and then heading to a boss battle or powerful enemy and then using the spyglass to build your party around those stats and then return to take the enemy or boss on.

Barring using healing items, you can either heal by using skills from yourself and your demons that have healing skills or by paying for recovery at the leyline fount. You can also use auto heal by pressing R on the field.

I know many people get attached to demons they start with or some specific demons for their designs, but Shin Megami Tensei V requires you to keep fusing more powerful demons at the World of Shadows (accessible at the Leyline Founts) to move ahead. If you are worried about not having old demons you like, you can always summon them from the compendium by paying later on.

In addition to fusing demons at the World of Shadows, you can register new demons or higher level versions in the compendium so that you can pay to summon them later on for use in your party or as fodder for new fusions. The World of Shadows is accessible at any Leyline Fount.

Try out the difficulty options in Shin Megami Tensei V

Shin Megami Tensei V is not an easy game but it isn’t an unfair game. If you engage with the mechanics and continue to do so, it is a rewarding and challenging experience. If  you’d like an easier time, turn the difficulty down and see how things go. If you’re up for a greater challenge, check out Hard mode.

Rushing past enemies and avoiding exploration will punish you in Shin Megami Tensei V. It will see you missing treasure chests, collectibles, interacting with and recruiting new demons, and more. Shin Megami Tensei V isn’t really a game you can just mainline quickly to see story cut-scenes. It is a combat-focused and exploration-focused game.

Demon negotiation using the “Talk” command may feel random, but it is worth doing. There are a few things to keep in mind like the moon phase or your own health and mana with money and items here. One thing to keep in mind is trying to negotiate or talk to a demon after eliminating others in the enemy group. This will ensure only one enemy attacks you if the negotiation fails rather than a group of enemies attacking your party.

Subquests or sidequests have superb rewards like demon essences, a lot of Macca, a useful demon joining your party, or key items. Some of them seem easy, but many result in a boss battle or a demon of a much higher level fighting you. Make sure you attempt side quests only after you’ve saved recently to avoid getting a game over.

At first, the area maps in Shin Megami Tensei V may seem daunting with how many enemy symbols and items are visible. Keep in mind that you don’t need to defeat everything or collect every item but exploration will reward you.

Miman are Gustave’s pawns. They are scattered across Da’at. Interacting with them rewards you with Glory and counts towards milestones at Gustave’s shop. For every 5 Miman you find, you get rewarded through items, essences, and more at Gustave’s shop.

Discovering Miman or finding the silver glowing chests gives you Glory. You use Glory to unlock Miracles at the World of Shadows through Apotheosis. These Miracles are essential to survival in Shin Megami Tensei V. The Miracle system basically replaces Shin Megami Tensei IV’s App System if you played it. You can unlock Miracles that give you boosts, more skills, easier negotiation, additional demon slots, and much more.

How to unlock new Miracles in Shin Megami Tensei V

You unlock the ability to earn new Miracles through clearing out abscesses (those pink glowing things on the map). Each abscess unlocks new Miracles to learn for you so make sure you prepare and take on the enemies waiting in the abscess.

Denoted by a much larger grey arrow, these large enemies are like the Territorial Rotbart in Xenoblade Chronicles. They are much higher level than you will be in that area and will likely one hit kill your party. Take them on later on when you’re high enough level. For now, run past them and try to avoid being seen.

Listen to your navigator while exploring in Shin Megami Tensei V

In each area, there’s a demon that usually offers its services to you. This demon will let you know about points of interest that see you getting new items or rare encounters. It is worth interacting with these new points of interest as you also usually run into rare Mitama enemies there for bonus items or experience.

How to defeat Mitamas in Shin Megami Tensei V

Assuming the Mitama doesn’t escape immediately, use a Spyglass to learn what it is weak to. Once you know that, use an item to damage it with that specific element or a skill to do that. Avoid trying anything else as it will block and take away press turns.

How to use Magatsuhi skills in Shin Megami Tensei V

When the Magatsuhi gauge is full, you can use Magatsuhi skills. You initially have only one, but slowly get more through talismans you unlock with progression. Once you have a specific talisman and a demon of that race in your party, that demon can use a new Magatsuhi skill when the gauge is full. You can also unlock a Miracle using glory a bit later on to let you use any race-specific Magatsuhi skills instead of waiting for the demon in question’s turn.

In Shin Megami Tensei V, you unlock new skills for Nahobino (you) through essence fusion. A demon’s essence lets you learn a skill or inherit affinities. You can only use an essence to learn skills or gain affinities and not both. Once you do this, the essence will be consumed. Nahobino can learn any magic and skills through essence fusion at the World of Shadows. You can also use essences to let your ally demons learn new skills.

Hopefully these help you out in the early parts of Shin Megami Tensei V on Nintendo Switch.