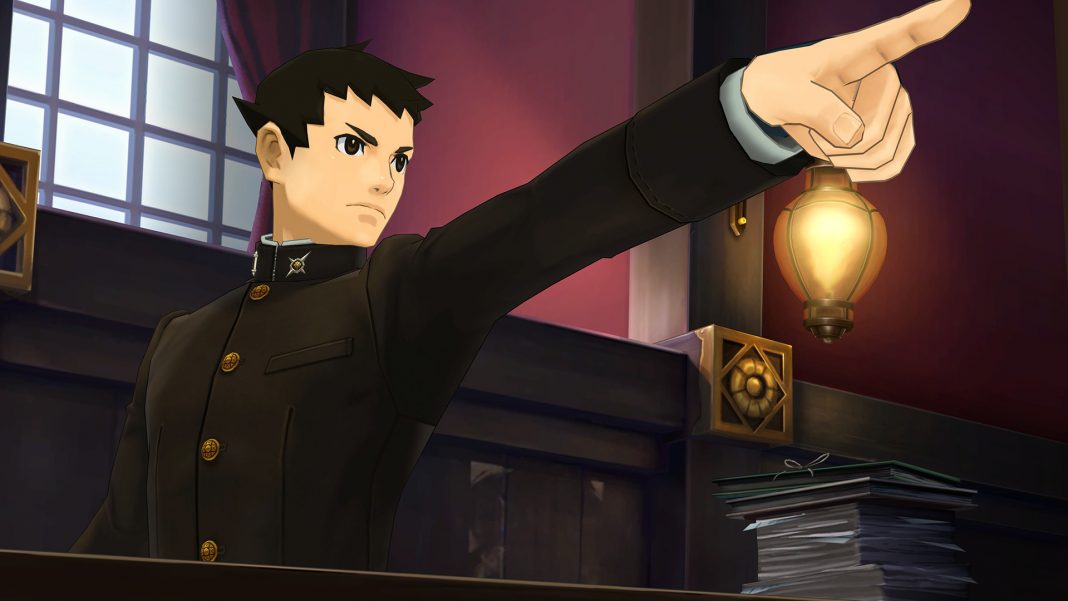 It still feels surreal that The Great Ace Attorney Chronicles is finally releasing in the West in a few weeks after fans (including myself) hoping and asking for a localization for so long. The duology of games that originally released on Nintendo 3DS before seeing mobile ports in Japan is finally going to release internationally on PS4, Nintendo Switch, and PC via Steam and it has the potential to be not just the best Ace Attorney game but also an essential for any adventure game fan based on the hands-on time I’ve spent with it on PC. It is also worth noting that this preview is based on access to the PC and PS4 versions provided by Capcom and that the final retail release may see some changes and fixes.

You’d think the system requirements don’t really matter in a game like this but The Great Ace Attorney Chronicles uses high quality 3D models and has some lovely animations. Overall, the system requirements for The Great Ace Attorney Chronicles aren’t high but they are a bit higher than I expected given the performance you can get out of this conversion.

Before getting into the graphics options for The Great Ace Attorney Chronicles , you have a few gameplay options you can tweak for a better experience. These include toggles for screen flashes, subtitles, text skip, and vibration. You can also adjust the text box transparency and wait time for text.

The Great Ace Attorney Chronicles on PC is a very bare-bones port when it comes to graphics options. I played on two different laptops with 120hz and 60hz displays and only could toggle the resolution between 720p, 900p, and 1080p. The game also had options to run in borderless or windowed mode only. Beyond that, you can only toggle v-sync and anti-aliasing on or off. There’s a comparison screenshot below showing how anti-aliasing changes the final image at 1080p. Beyond that, there’s no frame rate option or any other graphics settings.

I played The Great Ace Attorney Chronicles on two laptops over the last week. This includes one with an Intel i7-4750HQ at 2.00 GHz, 8GB RAM, and a GTX 950M with 4GB VRAM and the other with an AMD Ryzen 5-3550H processor (2.1GHz Base speed up to 3.7GHz), 16GB DDR4 RAM, and an Nvidia GeForce GTX 1650 with 4GB VRAM. In the game’s current state, on the laptop with the GTX 1650, I ran into an issue that is being investigated right now by the developers relating to 1080p where the game renders at a lower resolution than 900p when I select 1080p as the output resolution. This only affected that laptop and this specific game while the other rendered everything perfectly and the game looked excellent across the board with anti-aliasing on. Check out the changes to the character model with anti-aliasing on and off below.

One thing to keep in mind as you might’ve guessed based on the settings above, the game is capped at 30fps. V-sync did nothing for me on both laptops with the game running at 1080p and 30fps without any trouble in the 11 hours I played so far. Considering Phoenix Wright: Ace Attorney Trilogy had support for 60fps, this is disappointing but not a dealbreaker given the genre.

The Great Ace Attorney Chronicles includes full keyboard and mouse support with remappable controls for just about everything. I spent about half my time playing with keyboard and mouse and the rest testing an Xbox Series X, DualShock 4, Nintendo Switch Pro Controller, and PS5 DualSense controller. The Xbox Series X controller worked without issues but the other three were either unusable or had only a few buttons working (DualSense). All three worked once I forced support through Steam Input but The Great Ace Attorney Chronicles only has Xbox button prompts in its current state.

This is shaping up to be one of the best releases of the year. Considering Ace Attorney doesn’t really have bad games and even the weaker entries are still worth experiencing, I had high expectations here but I’m shocked at how good it is so far. It is also great seeing just how good the characters, story, and writing in general are when not being held back by having to the baggage from other games. This was a problem in later Ace Attorney games and why I was so curious about The Great Ace Attorney in the first place.

There is also a story mode setting to have this adventure play itself. This is under the Reader mode that will let you watch The Great Ace Attorney Chronicles without having to press any buttons. This includes answering questions, presenting evidence, and more. Beyond that, this release has a lot of extras but I can’t go into those right now due to the preview embargo restrictions. I’ll cover them and more in the full review closer to release.