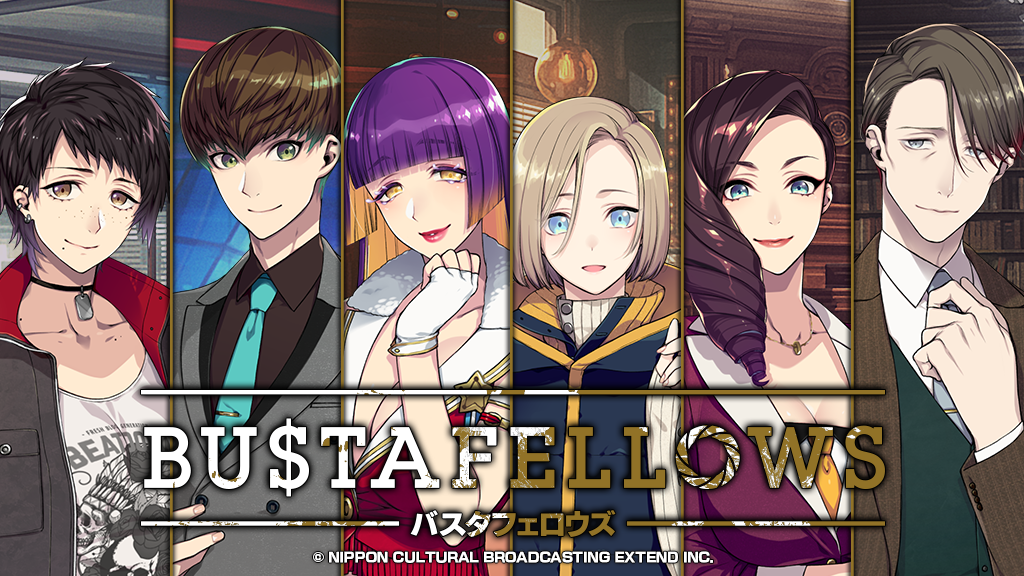 PQube Games just announced the English release date for otome adventure Bustafellows. Bustafellows, developed by Nippon Cultural Broadcasting Extend Inc, debuted in Japan in late 2019 and it is finally coming to the West this July. The Japanese release was on Nintendo Switch, iOS, and Android but the Western version is on Nintendo Switch with a new Steam version added. Bustafellows includes a murder mystery story involving solvinv crimes, puzzles, romancing bachelors, and more. Watch the Bustafellows trailer below:

A regular physical release for Bustafellows is also happening with pre-orders now live in the UK and North America on Amazon.

Bustafellows releases on July 30 for Nintendo Switch and PC via Steam.