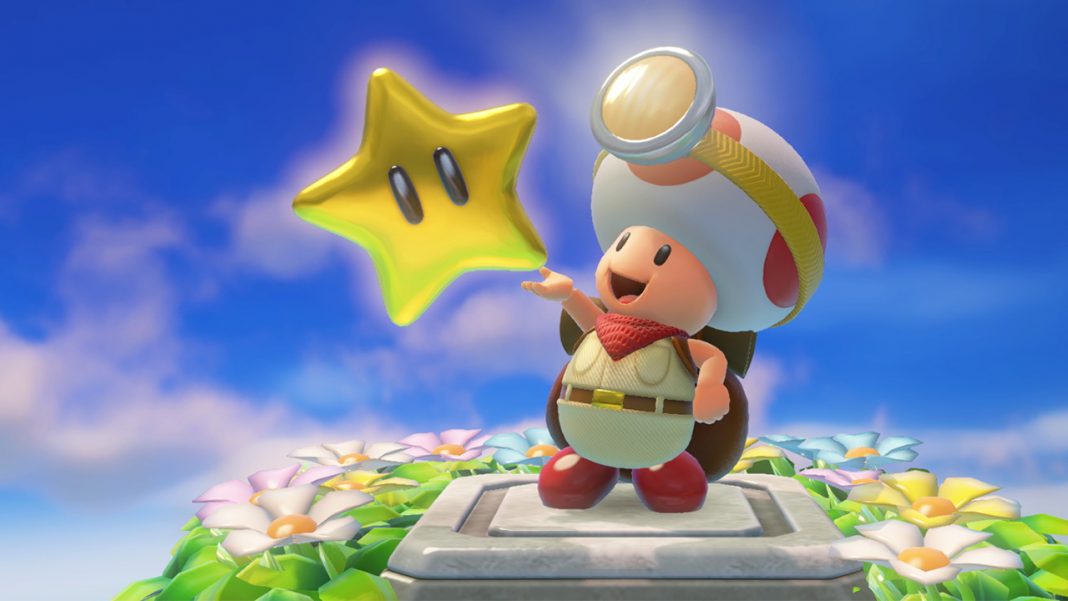 Besides announcing various sales milestones for games on Nintendo Switch and even hardware numbers today, Nintendo has two big announcements for Captain Toad: Treasure Tracker. The Nintendo Wii U game that got an enhanced release for both Nintendo Switch and Nintendo 3DS just got an interesting update earlier today that added support for the Nintendo Labo Toy-Con 04: VR Kit. This update that brings the game to version 1.3.0. The update adds support to play four levels in VR using the Nintendo Labo Toy-Con 04: VR Kit and these levels have their own menu. Watch the update trailer below from Nintendo:

While the update has only been detailed by Nintendo in Japan, the update has gone live for the international release of the game. I just downloaded it a few minutes ago. Barring this update, Nintendo is also doing something very interesting in Japan with its online paid subscription. Nintendo Switch Online paid subscribers will be able to download and play the full Captain Toad: Treasure Tracker game for a limited time on Nintendo Switch. If you have a paid Nintendo Switch Online subscription in North America or Europe and have a Japanese Nintendo account on your Nintendo Switch, you can download the game right now to be able to play it when the trial goes live. Subscribers (in Japan only as of now) can play the full game from August 5 to August 11. The game itself will also be discounted during the same time. As of this writing, there has been no announcement for the availability of this outside Japan.

This is a very interesting move from Nintendo and is similar to PS+ and Xbox Gold exclusive weekend trials or free weekends for online games where you usually are able to play how much ever you want of a particular game until the weekend period or event period ends. After Tetris 99, this is one of the better things Nintendo has done to entice users to try out the paid Nintendo Switch Online subscription.