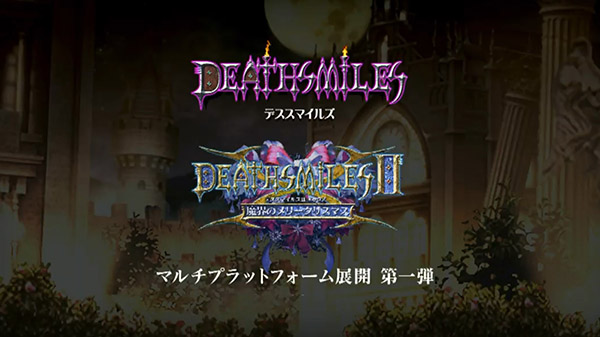 City Connection and Cave just announced ports of Deathsmiles and Deathsmiles II for multiple platforms at TGS 2019. Deathsmiles debuted in arcades before seeing a release on Xbox 360 followed by ports to iOS, Android, and PC. The shoot ’em up is currently available on iOS after a recent update and PC through Steam. It is not playable on Xbox One through Backward Compatibility. Deathsmiles II released in arcades followed by an Xbox 360 port. City Connection does a lot on Nintendo Switch so it is safe to assume both games will show up there. The question remains whether PS4 and other platforms will get them. Watch the trailer below for the PC release of Deathsmiles:

I hope City Connection ends up doing a physical release of both games in a single package for PS4 and Nintendo Switch at least in the future. Until then, I’ll stick to my iOS version of Deathsmiles.