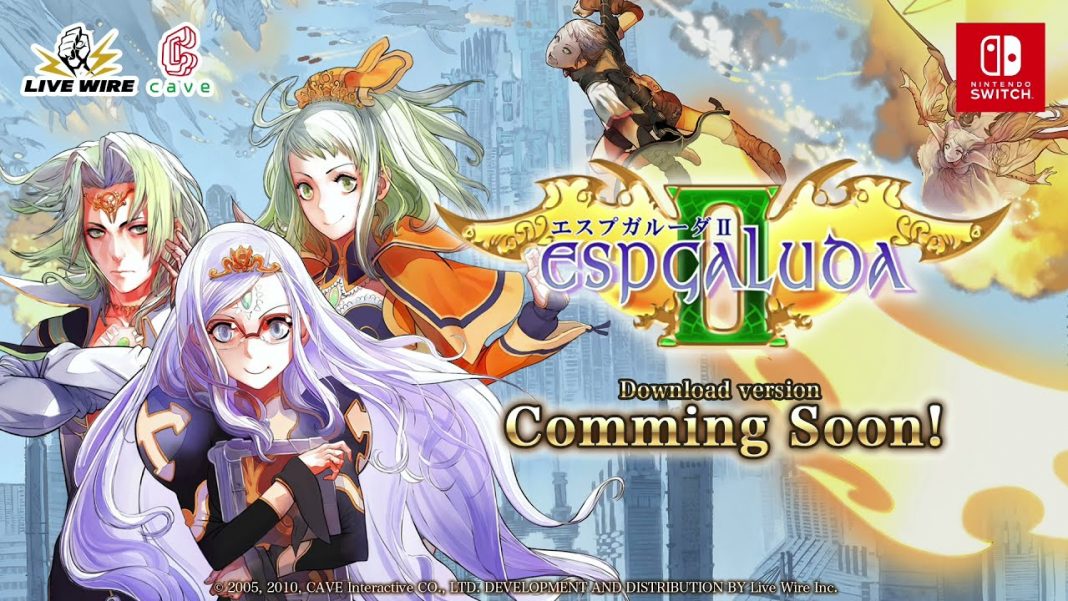 Live Wire and Cave just released a new trailer for the upcoming Espgaluda II release on Nintendo Switch. Espgaluda II was announced at the same time Mushihimesama was revealed and released for the system. Read my Mushihimesama review here. Espgaluda II releases on September 9 (via Gematsu). It debuted back in 2005 in Arcades in Japan and has since been ported to Xbox 360 and mobile platforms. Watch the trailer showcasing the Nintendo Switch features below:

The modes and features for Espgaluda II on Nintendo Switch are below:

As of now Espgaluda II is an eShop-only release. Hopefully Live Wire and Cave can get a physical release done for it in the future.