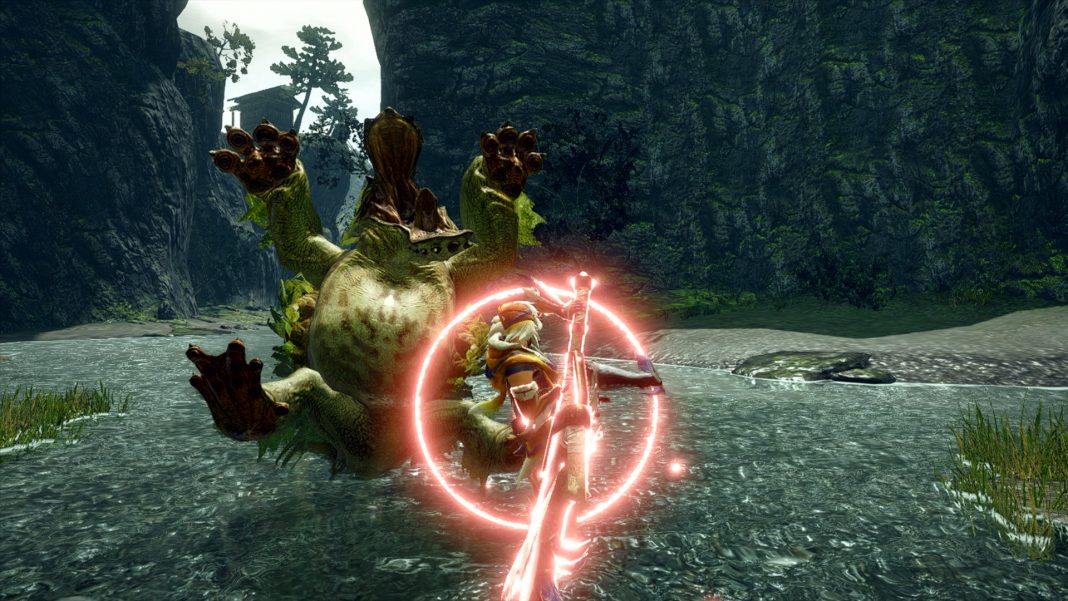 The gameplay shows off some new moves during combat, how traversal works and how much verticality players can expect in the demo map. The gameplay also shows how the hunter heals and sharpes while on the Palamute. Hopefully Capcom has more gameplay revealed in the coming weeks to show off the other weapons and more for Monster Hunter Rise.