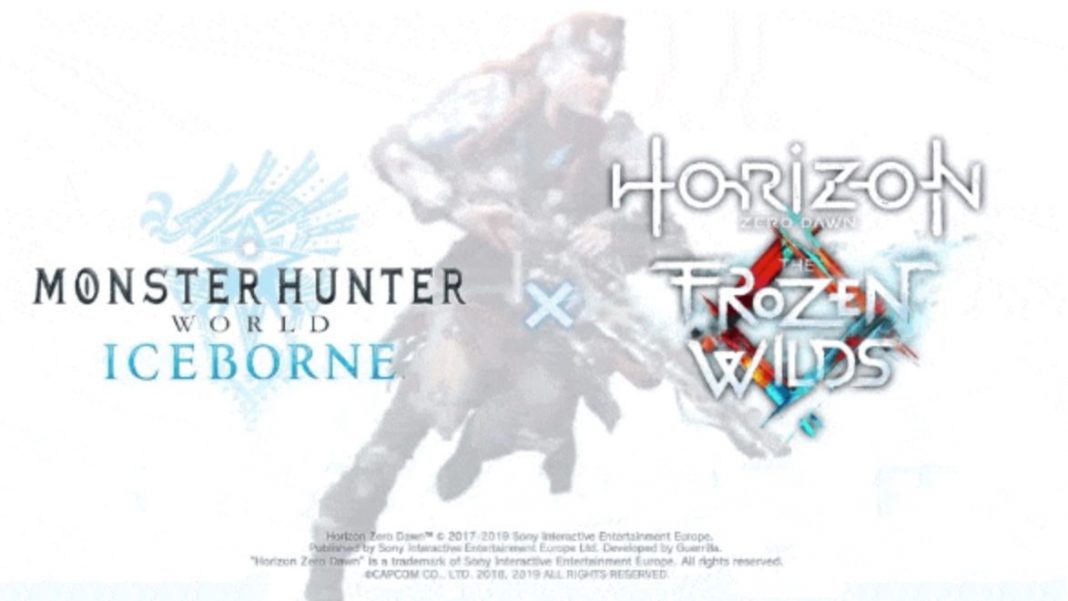 With Monster Hunter World: Iceborne set to release in less than three weeks for PS4 and Xbox One, a new collaboration has leaked for PS4. Sony and Capcom already collaborated on the base game for multiple Horizon Zero Dawn quests and going by a video that has now been pulled, it looks like Monster Hunter World: Iceborne is getting a collaboration with Horizon Zero Dawn: The Frozen Wilds. This was spotted on ResetEra in a video by Capcom UK that has now been taken down. This makes sense given both games had massive expansions with a snow theme. A screenshot (low resolution) from the now pulled video is below:

The collaboration will let you play as Horizon Zero Dawn protagonist Aloy. It is likely that this will involve you actually playing as her as opposed to using just her armour as was the case prior. I assume this will be like the collaboration for The Witcher 3: Wild Hunt wherein you played as Geralt (complete with sound effects from that game) with his own unique questline and not just a simple cosmetic switch up.

Monster Hunter World: Iceborne releases on September 6 for PlayStation 4 and Xbox One. This Horizon Zero Dawn collaboration is exclusive to PS4.