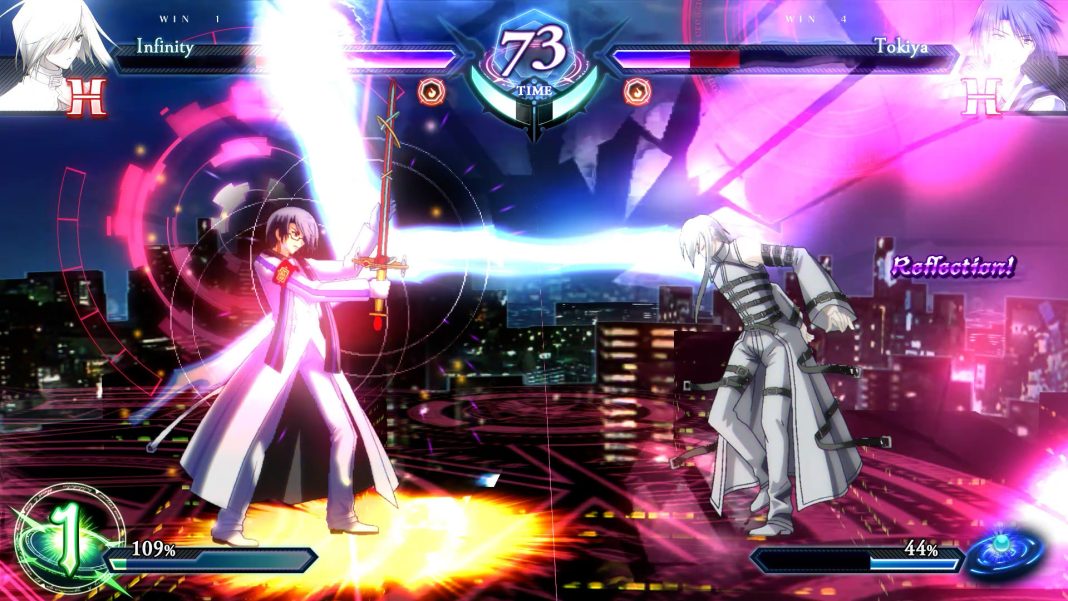 Rocket Panda Games and developer Mages recently announced that the 2D fighter Phantom Breaker: Omnia will release in March 2022 for PS4, Xbox, Nintendo Switch, and PC via Steam. Phantom Breaker: Omnia is the latest entry in the Phantom Breaker series and the newest massive update for Phantom Breaker: Extra that released in Japan back in 2011. This release has HD graphics, dual audio, a remixed soundtrack, and more. Today, the developers have revealed two new characters Artifactor (voiced by Cassandra Lee Morris) and Maestra (voiced by Xanthe Huynh) alongside a trailer featuring a song that has vocals from the awesome Cristina Vee who is one of my favorite VAs in the business. Watch the new trailer below:

As of now there are no details for a Phantom Breaker: Omnia physical release.

Phantom Breaker: Omnia releases on March 15, 2022 for PS4, Xbox One, Nintendo Switch, and PC via Steam. Check it out on Steam here.