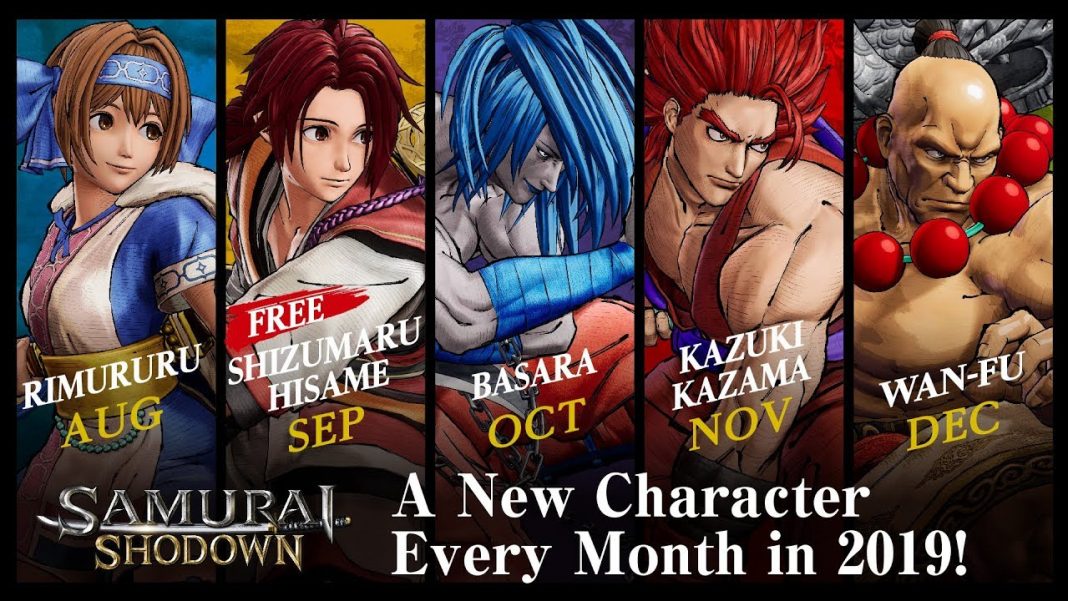 SNK had two announcements at Evo 2019. The first announcement was for Samurai Shodown that is currently available on PS4 and Xbox One. We know that it is set to arrive later this year on Nintendo Switch and PC and it looks like SNK is bringing one new DLC character to the game each month. Next month’s DLC character is Shizumaru Hisasme who will be available for free. SNK also announced a new Season Pass for the game that features Mina Majikina and three more characters. Watch the new Samurai Shodown Evo 2019 trailer below:

Samurai Shodown is now available on PlayStation 4 and Xbox One. It will release on Nintendo Switch and PC later this year.