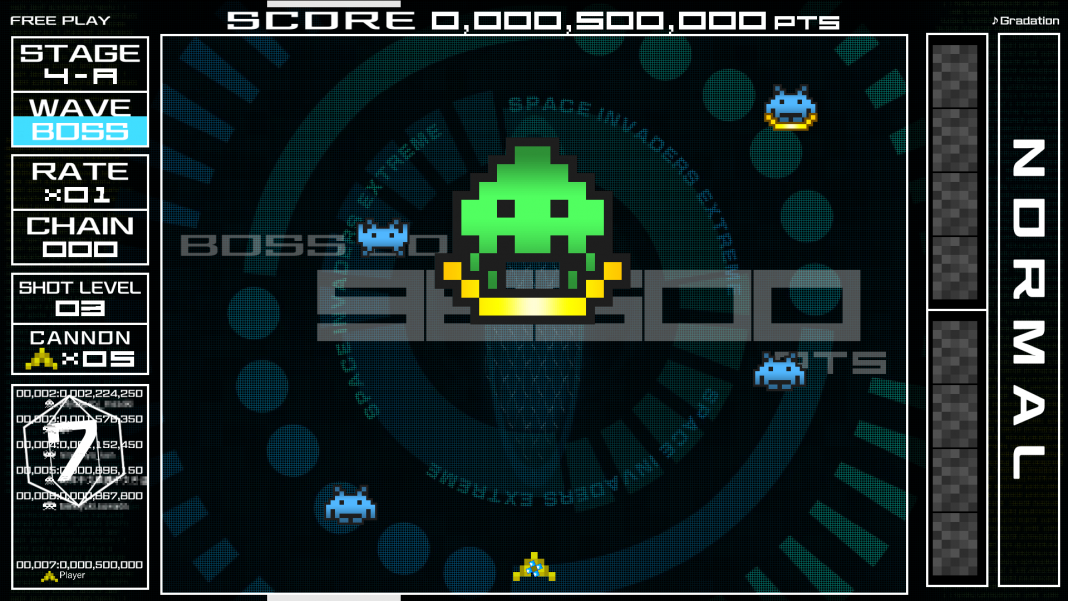 Space Invaders Extreme includes improved graphics across 16 stages and boss fights. Space Invaders Gigamax 4SE features music from ZUNTATA and lets you play with up to three other players in a 4 player co-op experience. Arkanoid vs. Space Invaders brought two Taito franchises together on iOS and Android and it is included in this collection for PS4 and Nintendo Switch.