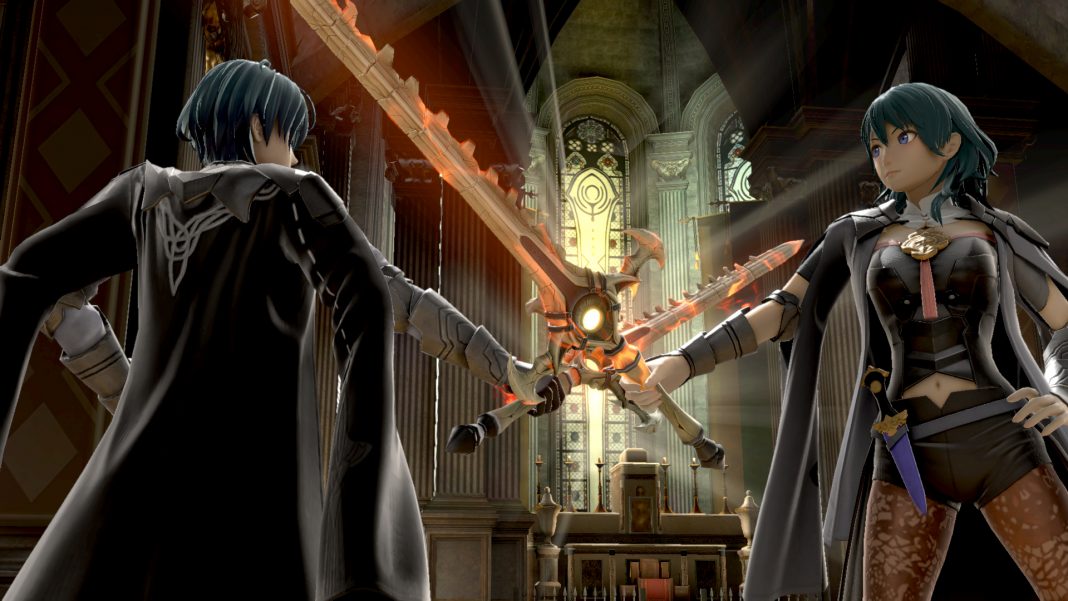 Nintendo just released Super Smash Bros. Ultimate version 7.0.0 update on Nintendo Switch that adds support for the Byleth Challenger Pack and more. The update also brings new spirits, Mii fighter DLC, and game balance changes. If you own the Fighters Pass, Challenger Pack 5 is included and you just need to update your copy of Super Smash Bros. Ultimate to play as Byleth. In addition to Byleth joining the battle, the update brings 11 songs from Fire Emblem: Three Houses to the game and a new stage.

The following spirits will appear in the Shop on the Vault menu:

The following spirits will appear in the Shop and Spirit Board:

These are spirits that appeared in a previous spirit event that was held for a limited time.

The following downloadable content will be usable after purchase:

You cannot make videos of replays that contain DLC you have not purchased (fighters, stages, music, Mii Fighter costumes, etc.).
Game-balance adjustments have been made.
Several issues have been fixed to improve gameplay experience.

NEO: The World Ends with You Soundtrack Download Available Now on iTunes and Amazon Music

Every Japanese Game Release in August 2021

Our reviews can be found on Metacritic.
Contact us: [email protected].com