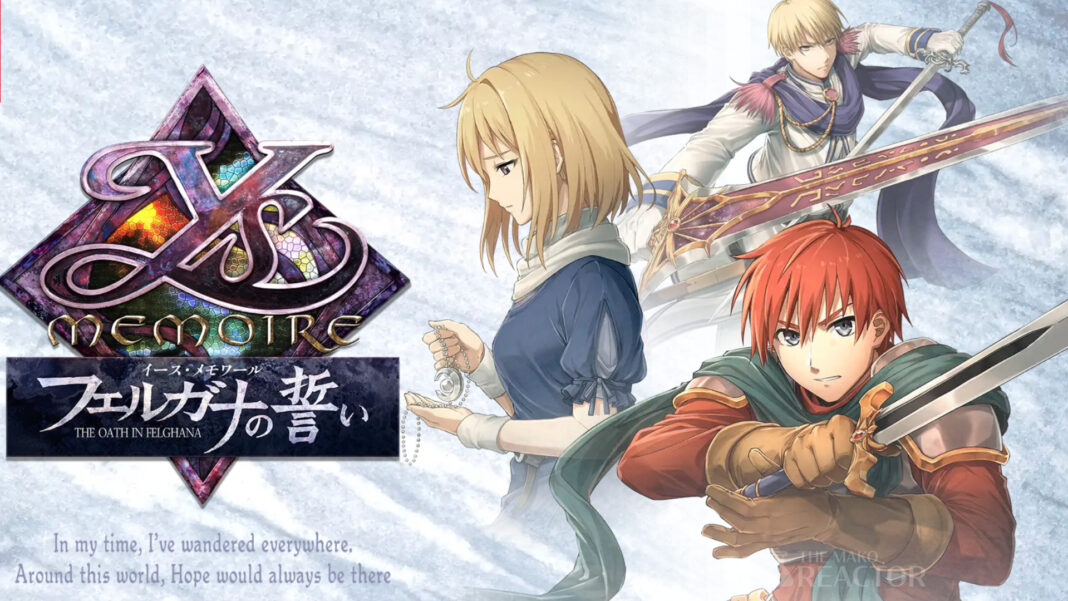 Xseed Games localized and released Ys: The Oath in Felghana on PSP and PC in the West. Hopefully the publisher handles this Switch version since the localization is ready. I’m not going to wait though. I will be buying it on the Japanese eShop the moment it goes up.

Check out the official website here for comparison screenshots, new details, and what to expect from the newest Ys remaster from Falcom in Japan. The three soundtrack options are also confirmed. Ys: The Oath in Felghana’s soundtrack is legendary so this gives me an excuse to do three playthroughs on Switch. Hopefully it gets a nice limited edition release like the original PC and PSP versions did when they launched years ago.

Ys Memoire: The Oath in Felghana Remaster releases in spring 2023 for Nintendo Switch in Japan.