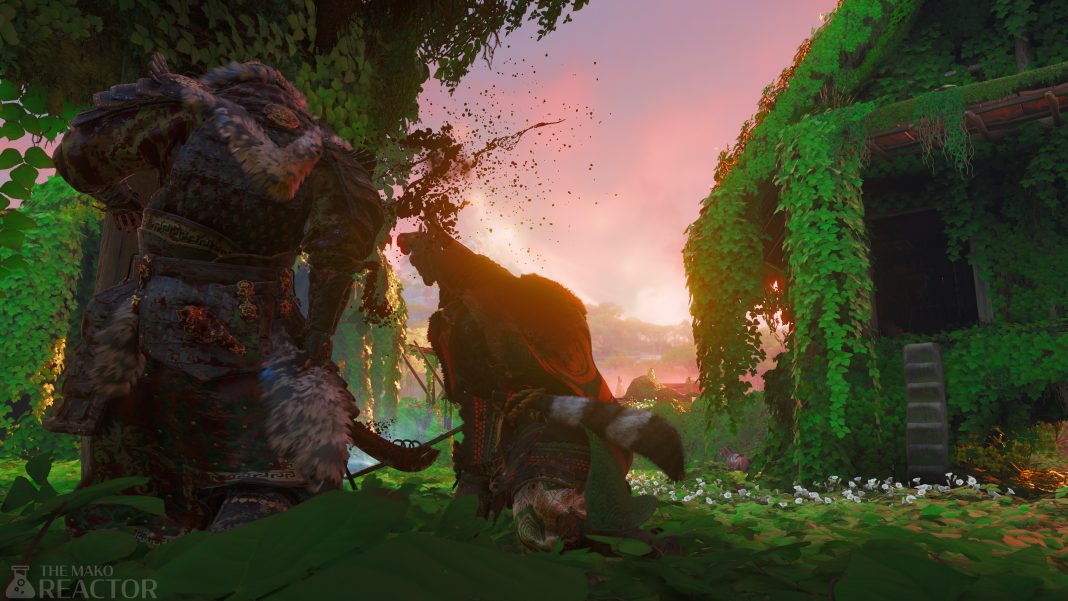 Ghost of Tsushima was a big surprise for me last year. While I didn’t review the game on PS4, I ended up spending over 100 hours on it and enjoyed just about everything it had to offer. Since then, I didn’t really play more of it until the enhanced PS5 backward compatibility update that added the option to play at 60fps. This was a great improvement over the PS4 Pro version but I really wanted new story content. Thankfully, Sony and Sucker Punch brought out Ghost of Tsushima Director’s Cut including the Iki Island expansion. Having now played through the new content, re-experienced the base game through the native PS5 version, and ended up with just over 145 hours of playtime into Ghost of Tsushima, I can safely say that this is one of my favorite games in years but there are some aspects that make it hard to recommend fully to everyone.

For the first group, Ghost of Tsushima Director’s Cut is a fantastic package. It has the base game, all updates since launch, the Legends mode, Iki Island expansion, some additional DLC, and looks and runs brilliantly on PS5 with great use of the system’s features. I already adored Ghost of Tsushima and the quality of life updates since launch bringing in features like armor loadouts, Legends mode, and all other content make this a superb package that is also on disc unlike some recent PS5 re-releases like Final Fantasy VII Remake Intergrade.

For those who already played the base game, the Iki Island expansion is the main draw of Ghost of Tsushima Director’s Cut or the upgrade to it. I had avoided looking into the details of the story content in this expansion because I wanted to experience it all on my own. Having now played through the story completely and spent nearly 20 hours in Iki Island, it is a brilliant addition that builds on the core of Ghost of Tsushima with some nice enhancements. It is more challenging but is very well-paced. You start out as Jin exploring why Mongols have taken over Iki Island before discovering how things tie into his past. The antagonist and major encounters for Iki Island’s story are very well done. I was surprised at how good this fitted in with the main Ghost of Tsushima story. If you do just go for the critical path and play on a lower difficulty, expect this new story to take not longer than four hours though.

Barring the story content in Iki Island, there are some useful upgrades and enhancements to combat and exploration. The new armor you unlock through side activities, the charging into enemies move for your horse, saddle bags to store ammo, a lock-on combat option, new control options, and new enemy types all made Iki Island feel like a perfect extension of the base game. I had already completed everything the base game had to offer and gotten the Platinum Trophy, so unlocking new gear, skills, and encountering interesting new enemy types made this expansion worth it. Having lock-on available even on PS4 through an update was a nice touch considering how much people wanted it before.

The other features in the native PS5 version include even faster load times which help with getting into the game from the dashboard and fast travel. Ghost of Tsushima already had very quick load times on PS4, but the PS5 version is even faster in every way. PS5 Activity Cards are nicely used as well. I quickly jumped into my save to finish off tasks I had to complete to unlock more gear or work towards completing everything Iki Island had to offer outside the main story.

Barring those, Ghost of Tsushima Director’s Cut on PS5 is a bit disappointing when it comes to visuals. I say that because the base game running in backward compatibility already looked gorgeous. The upgrade here isn’t as good as it should’ve been with seemingly no noticeable change to draw distance or textures. I’m also slightly disappointed with how cut-scenes are now all 30fps instead of being 60fps. I thought the native PS5 version might allow for everything in-game to be 60fps but that isn’t the case. This might be a stylistic choice, but an option would’ve been better.

With a new expansion comes new music and voice acting. Both of these aspects of Ghost of Tsushima Director’s Cut are fantastic. I love the new soundtrack and how it has different takes on existing tunes. The voice acting for all the characters is very well done. Despite having played the original game and Iki Island’s story with English voice acting, I went through all the story quests in the island and some older quests with Japanese voice acting to see how I felt about it now. I can safely say that both voice options are now as good as they can be and you can safely play Ghost of Tsushima Director’s Cut with either option and not miss out on anything.

If you already own Ghost of Tsushima, you need to consider whether PS5 Activity Cards, DualSense features, Japanese voice lip sync, and even faster loading are worth the additional cost over the Director’s Cut PS4 upgrade itself. For me, they are worth it, but I wish the upgrade path was similar to how it was handled in Final Fantasy VII Remake Intergrade where all owners of Ghost of Tsushima get the base game’s native PS5 version while the upgrade is priced the same for all owners. This upgrade path is confusing and doesn’t feel right considering that Ghost of Tsushima just released last year. Many other games that are even older are offering free native upgrades for free like Metro Exodus, Doom Eternal, and the aforementioned Final Fantasy VII Remake. If they wanted to charge for a native PS5 upgrade, Marvel’s Spider-Man did a lot more to enhance that experience than Ghost of Tsushima Director’s Cut does for those who own the base game when it comes to just visuals and features.

Despite my issues with how Sony and Sucker Punch handled the upgrade path, as a complete package, Ghost of Tsushima Director’s Cut is an essential purchase for any newcomer with the base game, Legends, and the amazing Iki Island expansion. Those who already own the game on PS4 need to decide whether the resolution boost, DualSense features, and even faster load times are worth the upgrade price over the PS4 Director’s Cut that includes the expansion. I adored Ghost of Tsushima and this upgrade is definitely worth the asking price for me with how well the PS5 features were implemented into an already great game. If you own a PS5, this is a must play game and one that I will keep coming back to. I just wish the visual improvements were more than what this includes.