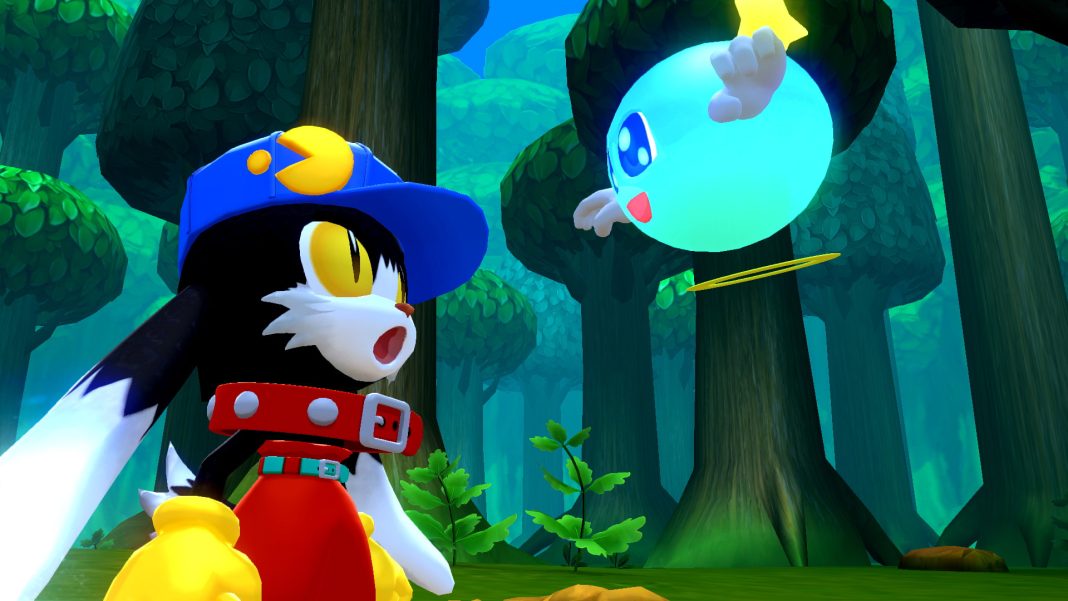 Klonoa Phantasy Reverie Series released on Steam and consoles late last week. I grabbed it on Switch and enjoyed my time with it despite the technical issues. Read my Switch review here. For my Klonoa Phantasy Reverie Series PC review, I will be covering how both Klonoa: Door to Phantomile and Klonoa 2: Lunatea’s Veil play on Steam Deck and the various options available to tweak the experience. I will also compare it to the Nintendo Switch version. If you’re curious about the DLC bundle, I covered it in my Switch review.

I expected Klonoa Phantasy Reverie Series to be a bare-bones port, but it has some important settings that I’m glad are in this port. You can adjust the window type to fullscreen, windowed, and fullscreen windowed (called Full-Screen Window in-game). You can adjust the resolution down from 720p up to 4K. The anti-aliasing option is currently broken, but it has options for none to 16 in multiples of 4. You can enable or disable v-sync (there is no in-game frame limiter), adjust texture quality (low, middle, high), and shadow quality (low, middle, high, very high). You can also toggle depth of field and bloom. The latter is a great addition as I disabled it on the PC version after playing through the Switch port.

Klonoa Phantasy Reverie Series has full controller support with it even displaying correct DualSense button prompts when I tried my controller on the Steam Deck via Bluetooth. I had to disable Steam Input for it to show me the correct PS5 button prompts because it forced Xbox prompts with it enabled so keep that in mind. It also has remappable controls and keyboard and mouse support. The DualSense haptics that are present in the PS5 version aren’t present here. I’m not sure if this is because I’m playing on Steam Deck or they are absent in general.

Klonoa Phantasy Reverie Series has frame pacing and performance issues on Nintendo Switch, but none of that on PS5 and Xbox Series X in my testing. On Steam Deck, I wanted to see how much I could push it. When I forced 1080p with everything set to maximum or highest, it dropped to between 40 and 50fps. To get a locked 60fps, I had to play at 900p downsampled to the Steam Deck’s display. If you play at 720p, the lack of anti-aliasing will be noticeable, so forcing a higher res here helps to some degree.

The load times while not as fast as the PS5 version, are faster than the Switch version on Steam Deck when playing from the internal SSD. When uncapping the frame rate, it ran between 70 and 100fps at 720p. Overall, Klonoa and Klonoa 2 both run great on Steam Deck out of the box. If you own one and were hoping to play this release on Deck, it is great.

The biggest advantage the Switch version has right now is the better screen if you have an OLED model. I played Klonoa Phantasy Reverie Series on both Steam Deck and Nintendo Switch (OLED). The Steam Deck version runs a lot better with no performance issues. I didn’t even need to change compatibility. It runs as it should out of the box barring the anti-aliasing being seemingly broken right now. Hopefully that can get fixed in an update.

Hopefully my Klonoa Phantasy Reverie Series PC review on Steam Deck helped you decide where to play Bandai Namco Entertainment’s first Klonoa release in a very long time. Hopefully this does well enough to get a new entry in the series or more remasters.