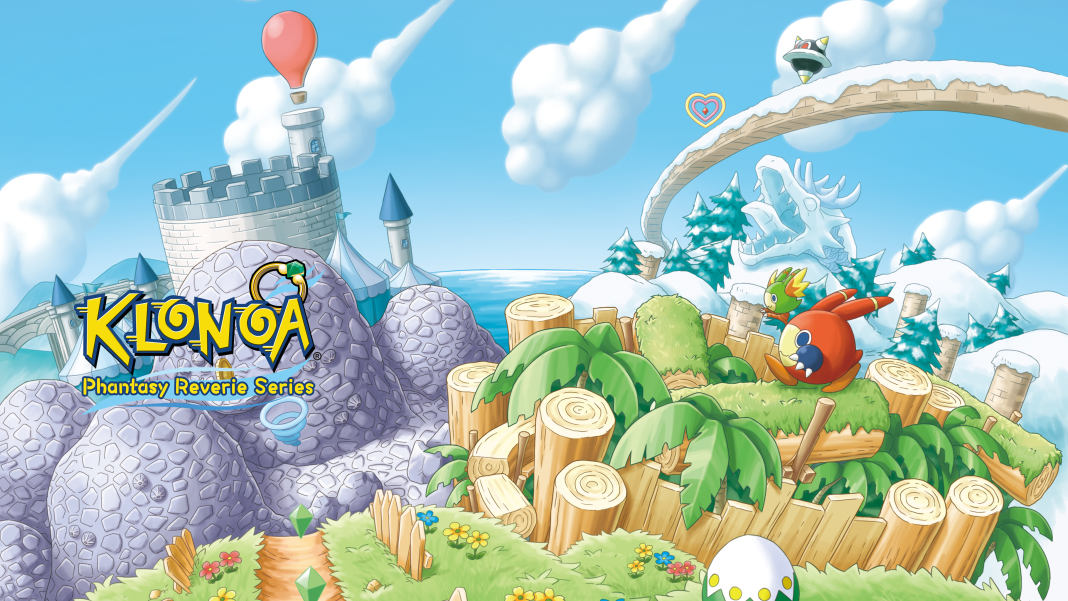 Having never played the original, I was surprised at how much I enjoyed certain aspects of both Klonoa games. They are colorful, have very good soundtracks, and interesting perspective changing portions in the levels. Both games involve you playing as Klonoa who is a cat-rabbit hybrid creature in 2.5D platforming action. In a lot of ways, Klonoa feels like a blend of certain aspects of Tomba, Kirby, and Yoshi games. I like the emphasis on using enemies as platforms and for platforming in addition to using them as projectiles for various collectibles. Both Klonoa games have more of a story emphasis as well, with the first one being well worth experiencing. Both games have some annoying sections which I expected given the gameplay and structure remains the same as the originals, but they didn’t sour the experience too much.

This release brings a few new features and quality of life improvements to Klonoa. Both games have auto save and vibration options with a toggle to disable the tutorial prompts. You can also use a pixel filter that looks like something you’d see on a gimmick photo app. It isn’t really worth using. The control options let you use two presets or customize your inputs for both players. The addition of the new easy mode will no doubt help with accessibility considering the progressive difficulty these games have. That’s about it for new features and enhancements of note barring the improved visuals. There is a Klonoa Digital Artbook and Soundtrack app included with cosmetic DLC in a special bundle that has a few collaboration costumes, but this really should’ve been included in the base game at its asking price. Capcom’s recent collections do a better job with this aspect through exhaustive gallery and music players included.

Both Klonoa games look really good on Switch despite the lower resolution compared to the PS5 version. To compare them, I’ve used the full digital game on Switch that I bought alongside the PS5 demo and the Switch demo to ensure one isn’t a build or two behind the other. The Switch version lacks good anti-aliasing, but looks good at its target resolution both docked and handheld. The PS5 version is noticeably cleaner looking as you can see in the screenshots below for character models.

Performance is the big differentiator between both versions. Klonoa and its sequel both target 60fps on Switch, but rarely hit that consistently. the frame rate seems to always hover between the 40s and 60 with bad frame pacing giving it a feeling of stutter at almost all times during gameplay. The PS5 version runs flawlessly in comparison with some camera judder in parts of Klonoa 2. Load times are much better on PS5 with near instant loading, but the Switch load times barring the initial load into Klonoa 2 aren’t too bad. If you really want to play Klonoa on handheld, I’d definitely recommend downloading the free demo on the eShop to see how you feel playing it. I already bought it for my Klonoa Phantasy Reverie Series Switch review, but it is worth trying the demo out on the platforms you have available to see where you find it plays best before buying.

Klonoa Phantasy Reverie Series Special Bundle DLC – Is it worth it?

If you’ve played both games and enjoy the soundtrack enough to want to listen to it outside the game in a separate app, this will give you that with a nice gallery of art for both games. The music is good, but at least on Switch, there’s no way to get the files off the app. I’m not sure if that is possible on other platforms since I only bought the DLC on Switch, but the Elden Ring Deluxe Edition soundtrack app on PlayStation did let me export MP3 files. The costumes can be equipped from the options menu in-game. These costumes like the Katamari one below are nice touches, but not worth buying the DLC bundle for. Only consider this if you want the soundtracks and art.

I’m glad that Klonoa Phantasy Reverie Series exists, but Bandai Namco Entertainment should’ve done a bit more for its asking price. Having never experienced these games before, I like that they are fully playable on every platform, but they should have included the artbook and soundtrack with costumes in the base asking price as a gallery and unlockable content. It also doesn’t help that the Nintendo Switch version which should’ve been the best way to play these, suffers from performance issues in both games across docked and handheld modes. Hopefully these can be addressed in potential future updates.