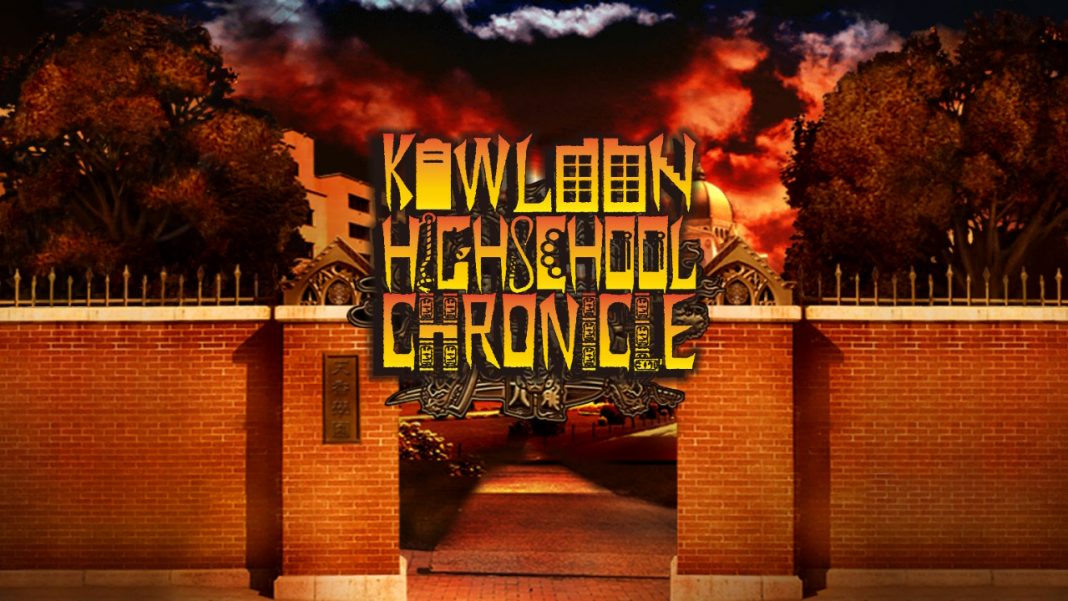 Kowloon High-School Chronicle debuted back on PlayStation 2 in Japan as Kowloon Youma Gakuen Ki and it was never brought to any other system until the Nintendo Switch remaster in Japan last year. Given the success many smaller games have been finding on Nintendo Switch and the huge install base, I’m no longer surprised to see niche game localisations get announced but Kowloon High-School Chronicle is something I never expected to see in English. Arc System Works America localised and brought it to North America early last month and having played it over the last few weeks, I can see why this game had a cult following.

Kowloon High-School Chronicle has you taking on the role of a transfer student at Kamiyoshi Academy in Tokyo. You aren’t a regular student but a treasure hunter who investigates ruins below the school during the night in traditional first person dungeon crawling segments while socialising during the day in adventure and visual novel segments. The way Kowloon High-School Chronicle blends all this together is great with an anime-styled episodic format complete with catchy music and very stylish transitions.

In terms of the story, it is pretty over the top but I definitely enjoyed the reactive and unique response system for dialogue and the varied cast. The response wheel took me a bit to get used to because the developers tried to make it look like some sort of old artifact over having the options you have easily readable. There’s a nice blend of Egyptian and Japanese aspects in Kowloon High-School Chronicle when it comes to the aesthetic.

Visually, Kowloon High-School Chronicle is a mixed bag. A lot of it has aged well and the visual upgrade is noticeable (compared to videos I’ve seen of the PS2 version) when played both docked and handheld. Expect a blend of widescreen and 4:3 visuals and a mix of older assets and new touched up ones in Kowloon High-School Chronicle on Nintendo Switch. Performance is mostly good but there are slowdowns in some encounters with a lot of effects. The character designs and portraits are excellent as well. The real visual standout is the style used in the opening and in the transitions between episodes that make Kowloon High-School Chronicle feel like an anime series.

When it comes to the audio, Kowloon High-School Chronicle features mostly only Japanese voice acting with an English voice option for navigation. The music is great across the board and easily a standout aspect of Kowloon High-School Chronicle. If you skip the game for whatever reason, do yourself a favour and at least watch the opening video that reminded me of Cowboy Bebop and listen to the music. There’s also a good use of rumble on Nintendo Switch here. I didn’t expect an older game remaster to do this well.

My biggest gripes with Kowloon High-School Chronicle are to do with the difficulty, balance, and how it doesn’t respect your time in some situations. You can’t save during the adventure portions for a long time with so much dialogue. I would’ve loved a quick save or save state option here. Making a player try or learn by experience isn’t an issue but a lot of the enemy encounters felt unfair to me even compared to the likes of Stranger of Sword City which was really difficult initially. While the story and aesthetic may draw you in, keep in mind that a lot of the dungeons will make you sweat.

Overall, I’m glad Kowloon High-School Chronicle was finally localised. While it is definitely dated in some ways, I ended up enjoying my time spent with it a lot more than expected. The way it blends multiple genres together and manages to keep your attention almost all the way is commendable given the game’s age. If you’re ok with some dated mechanics, there’s a lot to love in this treasure hunting mystery adventure RPG. Hopefully it does well enough for Arc System Works to consider doing more localisations like this in the future.