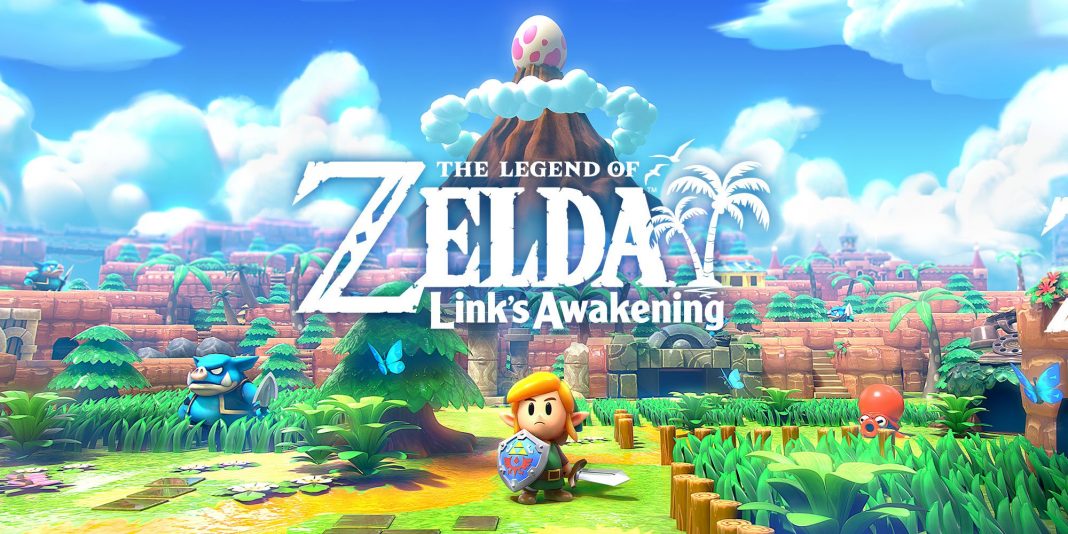 The Legend of Zelda: Link’s Awakening for the Nintendo Switch is a remake of the 1993 Game Boy classic that borrows elements from the 1998 updated re-release, Link’s Awakening DX. In an age where ‘remake’ is a misnomer, often associated with quick and dirty ports, is Nintendo’s modern re-telling of what’s been described as one of the best games of all time worth your time and money? Well, yes and no. It’s complicated. Read on to find out why.

Announced at E3 2019 after an Amazon Japan leak, Link’s Awakening for the Switch sports a cutesy, toy-like art direction with vibrant colours to match. There are some nice modern touches in terms of lighting and image blur too. On the whole, it has an endearing, dreamlike vibe to it that only enhances the experience significantly.

If you’ve not played the original, here’s what you need to know. You don the role of The Legend of Zelda series protagonist Link who finds himself on the mysterious Koholint Island after a shipwreck. The only way for him to get back home, to Hyrule and Princess Zelda is to awaken the Wind Fish who is asleep on the island. To do this you need to gather eight instruments to wake it up. They’re hidden amidst dungeons that litter the landscape all while solving puzzles and defeating bosses aplenty.

While that may sound like a rather simple premise, Link’s Awakening goes a step with peculiar characters and a superlative narrative twist that surpasses more complex story-driven titles. Nintendo hasn’t altered the plot in anyway and the fact that it holds up well bears testament to how good it was to begin with.

This applies to Link’s Awakening’s core design and gameplay too. Blocking Moblin spears and slaying Octoroks feels good even if your movement is limited to eight directions like past versions and you can’t navigate the game world using the d-pad. These minor quibbles in terms of moment to moment gameplay notwithstanding, inventory management is a tad simpler and you can pin points of interest on the map, making them easier to find. Much like its story, the core gameplay of Link’s Awakening is intact with some minor quality of life improvements like auto-save.

The end result is a tight, focussed adventure that stands out from the seemingly infinite open-world titles bloated with busywork. It feels like an anomaly in an age when big game developers and publishers are too insecure to let us trust them without throwing a dozen pointless side-quests and live services in an attempt to capture our attention lest we move on to something else.

And move to something else you shall, Link’s Awakening is on the shorter side, clocking in around 10 hours if you rush through the main story. There are other features such as being able to create your own dungeon but they feel extraneous and out of place with the rest of what’s on offer.

With so much going for it, you’re probably wondering where Link’s Awakening falls short. The answer is in its performance. Nothing punctuates this more than exiting Marin’s hut at the very beginning of the game to explore its overworld. You’re greeting with a loading screen that stretches to an almost self-indulgent 15 seconds.

Thankfully it doesn’t get as bad through the rest of the game, but as you progress through its many dungeons you’ll encounter erratic, inexplicable dips in frame rate that, depending on your sensitivity to such scenarios, may hamper your experience enough to turn off the game altogether. Tragic when you consider that this is far from the most demanding game on the Nintendo Switch. Even the likes of Warframe, God Eater 3, and Xenoblade Chronicles 2 don’t get as choppy as often.

Overall, Link’s Awakening for the Switch is great albeit imperfect take on a classic. Its timeless design and story make its technical failings all the more glaring. However, persist and you’re treated to a modern looking re-telling of one of the best Zelda games ever.