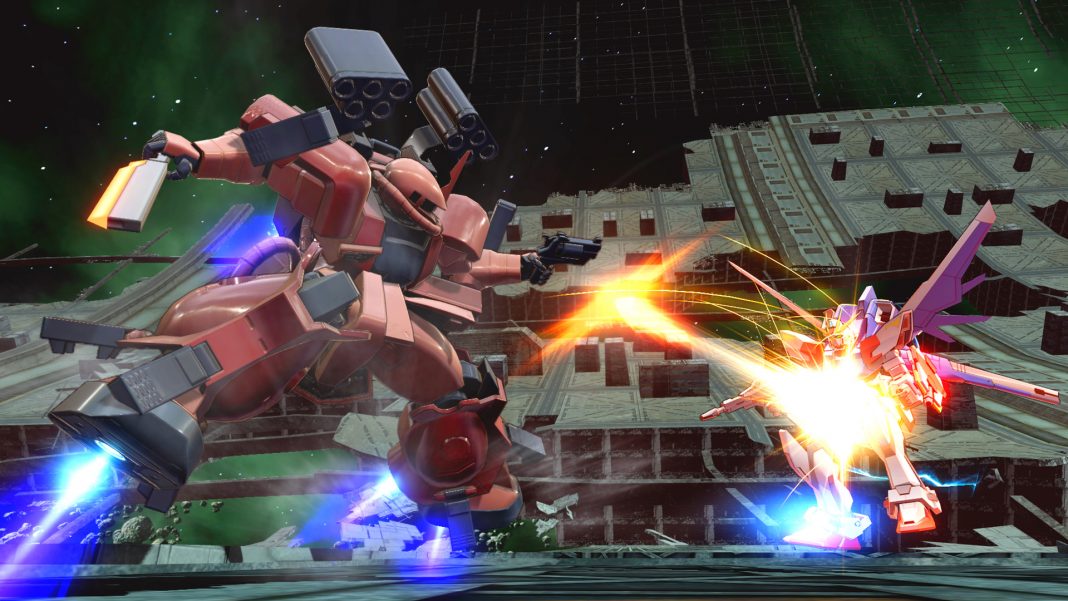 Gundam games outside Japan and Asia have had a very weird history over the last decade. While many gamers in the West discovered these games through the Dynasty Warriors Gundam releases on PS3 and Xbox 360, those weren’t what many Gundam fans wanted. Mobile Suit Gundam Extreme Vs debuted in arcades in 2010 before seeing a PS3 version in Japan a year later. This 2-vs-2 arena fighter has constantly evolved with new releases in arcades and home consoles but never really saw a release in the West barring a decent PS Vita release that lacked some important features at the time.

For a lot of fans of Gundam games including those who have been importing the releases on PS4 and Nintendo Switch over the last few years, a home console version of Mobile Suit Gundam Extreme Vs Maxi Boost ON seemed like a dream even for Japan. To have Bandai Namco Entertainment manage a worldwide localised release (including India) without any cut content feels like something no one ever expected but here we are.

Battles take place on various stages that have semi-destructible environments. You control a mobile suit and your aim is to attack enemies until they are destroyed to reduce their team gauge. You also need to move a lot to avoid the plethora of attacks from enemies. To do this you spend a lot of time boosting and evading. Boosting is a huge part of the movement in Mobile Suit Gundam Extreme Vs Maxi Boost ON. A lot of the basic controls are explained in the mission mode and in the menus as opposed to interactive tutorials that walk you through the basics. On-boarding is one key area where Mobile Suit Gundam Extreme Vs Maxi Boost ON falters. I was already familiar with the controls from Gundam Versus and from spending time learning during the open access periods pre-release but this game deserves a better and more newcomer-friendly tutorial. Not everyone will put in the effort of watching tutorial videos on YouTube.

If you’ve played the Virtual ON games, this has a similar movement and lock on system where you are always targeting an enemy. You can quickly switch enemy targets with the search button which is mapped to O on the controller by default. You have a boost gauge that you need to keep track of alongside the various mobile suit-specific weapons. While there are a ton of playable mobile suits, the core attacks involve melee and shooting with different combinations.

Gundam Versus on PS4’s main criticism barring core gameplay issues was the lack of single player content and an erratic online experience. I also didn’t like how so many mobile suits were locked behind paid DLC making the game seem like it had content cut to be sold piecemeal. The problems I had with Gundam Versus are not present in Mobile Suit Gundam Extreme Vs Maxi Boost ON and this game gets almost everything right.

For solo and offline play, you have the option to partake in free battles where you can set custom conditions and two mission or arcade-styled modes. The first is the Branch Battle mode. This can be played solo, in offline co-op with a friend, and in online co-op with a friend over the internet. This is basically the equivalent to an arcade mode from other fighting games. It is a lot of fun with varying difficulty depending on what path you take after each battle. The online co-op is especially a nice addition. There is even a LAN mode. I couldn’t test that but the offline split screen mode worked well.

Maxi Boost Mission mode has you using preset mobile suits initially as you learn how to play the game before you progress across a grid completing various missions with preset requirements to earn currency. This mode has you experiencing almost the complete roster and has multiple difficulty challenges.

When it comes to the online experience, I’ve had only a handful of disconnects or instances of lag while playing since launch. This includes trying the game with players across Australia, Germany, the USA, and Singapore from India. It is way more stable than Gundam Versus. You can either join or create a room through Player Match, play ranked matches, or play a casual match. In my testing, the Player Match room option is the most reliable to quickly get into games.

Visually, Mobile Suit Gundam Extreme Vs Maxi Boost ON looks excellent when it comes to details and mobile suit designs. They have transitioned to 3D very well. The area where the visuals are lacking is environments. This is an arcade game from 2016 after all but some of the environments could’ve been improved for the home console release. Animations are slick and the various attacks are accompanied by great visuals. I love the small touches of the character cut-ins when you activate burst mode or some of the short cut-scene intros for certain characters. I had no frame drops either with the game running at 60fps on PS4 Pro during gameplay without issues.

When it comes to the music, Mobile Suit Gundam Extreme Vs Maxi Boost ON has a good selection of new and old tunes from the anime. While only Asia and Japan had the more expensive premium sound edition, the game supports custom music importing through USB drives if you have any music you’d like to use in free battles or online battles. The game includes Japanese voice acting and has a decent amount of voice lines from all characters including multiple navigator options.

Speaking of navigator options, you have loads to choose from initially and can unlock more through in-game currency. There’s also the ability to customise the interface skin with tons of options. You unlock these through progression or through in-game currency earned. Gundam Versus had a ton of paid DLC for suits but Mobile Suit Gundam Extreme Vs Maxi Boost ON includes everything from the get go in the base game with no paid DLC.

The lack of a proper tutorial like other fighters is easily the biggest flaw in Mobile Suit Gundam Extreme Vs Maxi Boost ON. While fans of the series will no doubt watch videos and learn by practicing, this is definitely a barrier of entry for newcomers and more casual players. Hopefully this can be addressed in a future game or in updates for this.

Overall, Mobile Suit Gundam Extreme Vs Maxi Boost ON exceeded my expectations in almost every way. I’ve been playing it everyday since launch and don’t see myself getting tired of it anytime soon. The sheer amount of variety and content available is staggering. While I hope the developers can improve the tutorial for newcomers, Mobile Suit Gundam Extreme Vs Maxi Boost ON is easily the best Gundam game and one of my favourite games of the year. With a bit of improved on-boarding for newcomers, this has the potential to be a staple for all Gundam fans and newcomers to arena fighters. I can’t wait to see how it evolves with updates.