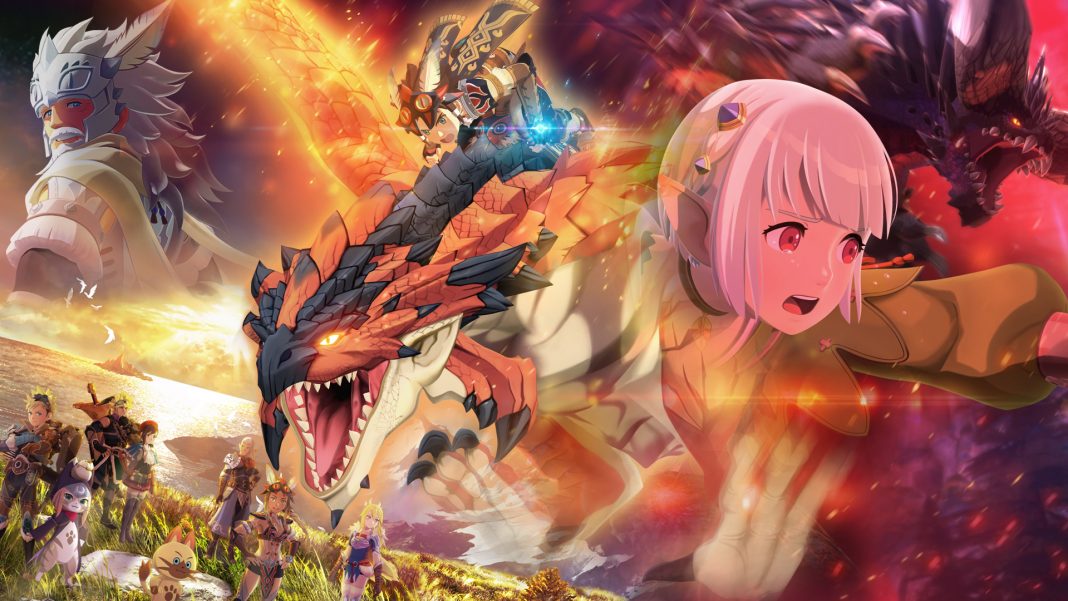 Unlike the original that didn’t quite manage to get the audience it was looking for, Monster Hunter Stories 2 does a fantastic job of being a game that both fans of modern Monster Hunter games and JRPG enthusiasts in general will enjoy. It has a combination of gorgeous environments, tons of monsters, an addictive turn-based combat system, lots of customization options, and production values that go well above what I expected for a spin-off.

Without getting into any spoilers, Monster Hunter Stories 2 has a very interesting story that deals with friendship, betrayal, loss, and more. You play as the grandchild of Red, whose Monstie was Guardian Ratha. Guardian Ratha used to protect the island but something is up and it is your duty with new and old companions to get to the bottom of things. There are a lot of amazing set pieces in the story as well. Monster Hunter Stories 2 begins with a cut-scene that showcases the village festival and it is evident right from that moment, that Monster Hunter Stories 2 will be a memorable experience. The cut-scenes across the story are magnificent and well above anything I expected to see when it comes to production values. In Monster Hunter Stories 2, Ena, Navirou, Kayna, and more join you for one heck of an adventure through varied locations that each manage to impress more than the last one through new monsters, characters, and big boss battles.

When it comes to the core gameplay loop, Monster Hunter Stories 2 has you exploring, engaging in combat, entering dens, finding eggs, crafting better gear, and progressing the story to the next area. There are a lot of side quests available and also a lot of customization options through your gear, weapons, and party of partner monsters (monsties). On paper, this gameplay loop seems repetitive, but Capcom has done a brilliant job of keeping things fresh through the new locales, tons of monsters, and side quests available that all are complemented by a combat system that never got old.

Combat in Monster Hunter Stories 2 blends turn-based battles with Monster Hunter weapons and mechanics and a rock paper scissors system. Knowing your enemy will let you counter the attacks and gain a big advantage in combat as you choose to go with a power, speed, or technical attack with your equipped weapon. You can also change weapons on the fly and will need to in specific battles and learn the various types so you are ready for the multi-phase encounters. I love how the Monster Hunter weapon types have been brought over with their mechanics translated into the turn-based combat and in how they interact with the kinship gauge and their own unique gauges like charge level for Great Sword. There are also double attacks for when you win a head to head through the rock paper scissors system and have chosen to do the same attack type as your monstie.

The combat also brings over breaking parts to get an added benefit in combat and special rewards. Despite the combat system initially feeling a bit simple, there’s a lot of depth here as the game progresses and I never got tired of encounters thanks to the speed-up option. As you and your monsties level up, more skills are unlocked through the monstie’s genes. During the review period, I couldn’t test the online multiplayer component of Monster Hunter Stories 2 but will be covering it in a separate feature later on.

Monster Hunter Stories 2 is as much about the monsters and monsties as it is about the characters and story and there are tons of them from across the series including some of my favourites from Monster Hunter Generations Ultimate and Monster Hunter World: Iceborne. This definitely feels like an all-star roster that every Monster Hunter fan will adore and Capcom is even going to add more monsters through future updates. A lot of the aspects of Monster Hunter Stories 2 just feel like a labor of love with how much care and attention has gone into bringing over new and old monsters into this gorgeous aesthetic and in how they all interact with each other.

As you enter and clear Monster Dens (these have their own rarity type based on appearance of the entrance), you can find eggs that hatch into a new Monstie for your party. These help you with exploration and in dungeons because some have treasure chests located beyond the reach of normal Monsties. These range from Monsties that let you climb vines, swim, jump, and more. Each of these Monsties has their own genes and you can even transfer genes to other monsties including skills which adds even more customization options.

Performance is where my main issues lie in Monster Hunter Stories 2. The frame rate is uncapped and it varies quite a bit both docked and handheld. Cut-scenes especially should’ve been smoother than they are and some of the combat animations also need better optimization on Nintendo Switch. Comparatively, the PC version is a joy in this regard. It has the same foliage issues but the performance is a world of a difference even on an older laptop compared to Nintendo Switch. The other area where Monster Hunter Stories 2 suffers on Nintendo Switch is load times. Even the loading into and outside combat is longer than it should be. Hopefully this is addressed in future updates because it is still a problem even with the 1.03 update.

While some were disappointed by the removal of Monster Hunter language as a voice option, there is dual audio support here and the voice acting is good almost throughout. There are a few instances of stiff delivery in the English voices but they are few and far inbetween. Overall, the voice acting is great and it is complemented by the excellent soundtrack. If you played the demo, you already know what to expect but it keeps getting better as the game progresses.

Barring the performance issues and load times, the only problem you might have with Monster Hunter Stories 2 is the structure that might feel repetitive if you don’t enjoy the combat as much. The dungeon design is also a bit simple compared to modern JRPGs. This might’ve been done to keep it accessible and simple but some more interesting layouts would’ve been welcome here. Hopefully patches can address the performance issues on Nintendo Switch because this is easily a must-have Nintendo Switch game that should’ve been better technically.

Monster Hunter Stories 2: Wings of Ruin is not only a fantastic JRPG for any Monster Hunter fan, but also one that will bring in more players to the world of Monster Hunter with its gorgeous visuals, addictive combat, excellent music, and great story. In a lot of ways, it reminds of Immortals Fenyx Rising in how it feels like a big budget take on a game we’d not usually see today. Fans of JRPGs on PS2 and 3DS will likely find a lot to love in Monster Hunter Stories 2. While many may have skipped the original on Nintendo 3DS and mobile, Monster Hunter Stories 2 is absolutely worth your time and a joy to play through its main story and more. I can’t wait to keep playing it and for the upcoming free title updates bringing in more monsters and co-op battles.