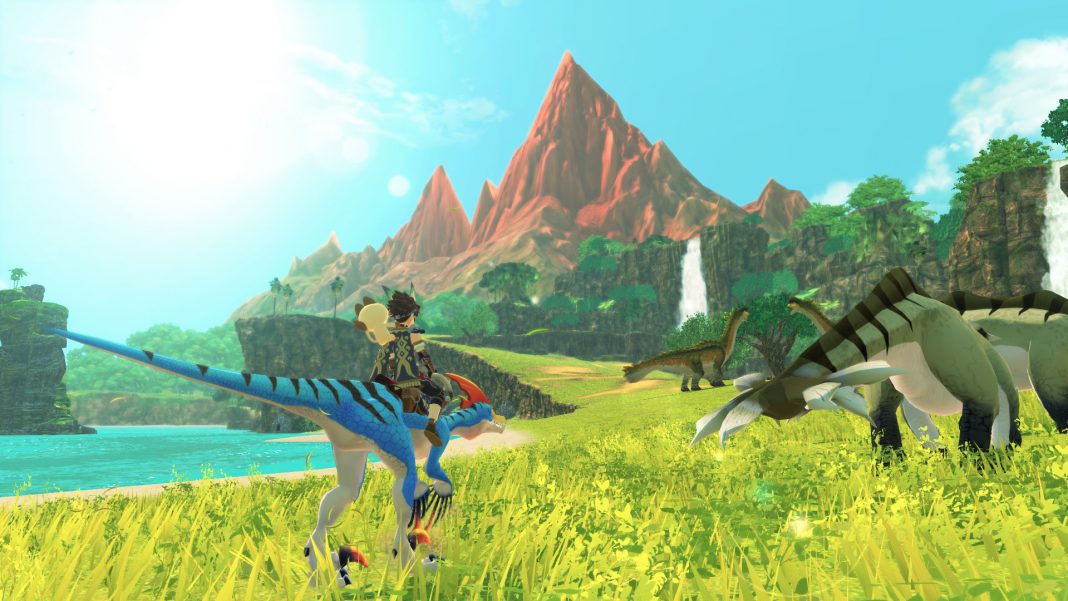 Monster Hunter Stories 2 is a gorgeous game across the board. Right from the first time I booted it up on Nintendo Switch, I knew this was going to be special and it is easily one of the best looking games on Nintendo Switch. This is true for both docked and handheld modes but the latter is the real surprise. I expected a big downgrade when playing on the go given the visuals in trailers, but it looks phenomenal when played handheld, especially on Nintendo Switch Lite. The only downside when it comes to visuals on Nintendo Switch, is the draw distance and pop-in. Barring that, I have no complaints about the visuals.

On PC, you can scale well above the Nintendo Switch version when it comes to visuals not only in resolution but also in post-processing despite the limited graphics options. The colorful aesthetic of Monster Hunter Stories 2 scales up brilliantly and looks superb on PC. On a laptop with an AMD Ryzen 5-3550H processor (2.1GHz Base speed up to 3.7GHz), 16GB DDR4 RAM, and an Nvidia GeForce GTX 1650 4GB GPU, I had no trouble running the game well above 1080p and well above 60 fps (around 100fps) with everything turned to the highest option or enabled.

The only downside so far in Monster Hunter Stories 2 on PC is the pop-in for foliage. It loads up very close to you and there is no way (right now) to change this. While it makes sense on Switch, it feels like a missed opportunity to address on PC. Overall, while PC is the way to go for the best visuals, the Nintendo Switch version holds its own and remains one of the best looking games built for the platform.

On the performance side of things, Monster Hunter Stories 2 is a bit disappointing on Nintendo Switch with its uncapped frame rate. It fluctuates a bit too much for my liking and I would’ve preferred a 30fps cap. Hopefully Capcom considers adding one as an option so the frame rate is less variable. The cut-scene frame rate definitely needs to be addressed though as it is noticeably low for the in-engine cut-scenes.

On PC, Monster Hunter Stories 2’s frame rate goes up to 144hz. You can play well above 60fps even on relatively older hardware. With everything turned to max or on at 1080p, I could run the game at between 90 and 120fps in the village and between 70 and 90fps in the open areas. With a bit of tweaking, it was easy to get play at above 100fps constantly in Monster Hunter Stories 2 on this laptop. You should have no trouble running this on recent hardware given how light it is with its performance requirements.

Load times are also much better on PC. The big differentiator here is how quickly battles load in and out on PC versus Nintendo Switch. The latter really struggles loading out of battles. I tested it both on an older Nintendo Switch and a Nintendo Switch Lite. The PC version can also take a bit too long for my liking loading out of battles. Hopefully this can be addressed in future updates. If you have a PC with a good SSD, you will see noticeably better load times as expected.

On PC, you have a lot of control options and support for both Xbox and PlayStation button prompts. Monster Hunter Stories 2 also supports keyboard and mouse controls on PC. You can switch between both on the fly and remap whatever you want.

On Nintendo Switch, the only options available above PC are amiibo scanning and the exclusive amiibo outfits. On PC, instead of scanning amiibo, you get to enter the daily fortune reading. On Nintendo Switch, this is limited to scanning each amiibo once per day. This lets you get multiple rewards depending on how many amiibo you have. On PC, you can only enter this once a day. I’ll have a detailed look at the complete differences in Monster Hunter Stories 2 amiibo content, fortune reading, and bonus items closer to release.

Monster Hunter Stories 2 Switch vs PC – What to Buy?

Overall, Monster Hunter Stories 2 is a gorgeous game on Nintendo Switch that is perfect for the platform. It is sadly let down by the variable frame rate and load times. If you have relatively recent hardware, you should easily be able to play at a much higher resolution and frame rate with the PC version. Since both platforms are launching together, it is pretty disappointing that Capcom didn’t implement cross save and cross play. If those two features were here, I’d be recommending both platforms because I’ve enjoyed playing games like Hades and Immortals: Fenyx Rising across PC at home and on portable mode on Nintendo Switch.

Monster Hunter Stories 2 is out on July 9 for Nintendo Switch and PC via Steam worldwide.