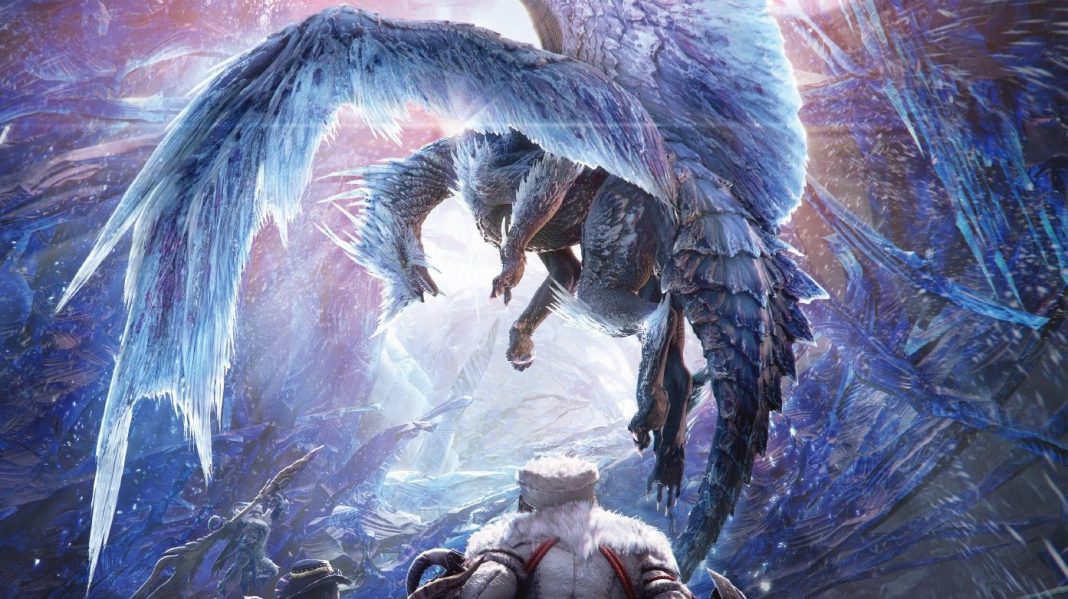 Monster Hunter World brought in millions of new people to one of Capcom’s best franchises and it has been great seeing how the game has slowly evolved over time. I’ve had loads of fun switching between weapons by going and hunting some of the late game monsters in Monster Hunter World and getting destroyed before finally learning to be better and spend time in the training area. Capcom nailed almost everything with the base game and added a lot more in terms of free content after launch so my expectations were pretty high for Monster Hunter World: Iceborne.

Having adored Monster Hunter 4 Ultimate and already knowing what G rank meant thanks to replaying portions of both 3 Ultimate and 4 Ultimate, I knew Monster Hunter World: Iceborne was not going to be a walk in the park. If you’ve never played a Monster Hunter game in its Ultimate incarnation before, G Rank is basically the top tier rank above High Rank which is already harder than Low Rank where everyone begins their hunting journey. Capcom had the difficult task of staying true to what G rank is for fans of older games and to make sure many newer players aren’t completely turned off with the new content in Iceborne. The first story quest you get here is a proper wake up call. Unlike the base game’s story that had a relatively smooth difficulty curve barring a few walls like the Anjanath fight early on, that players encountered, things are not so simple here. You can’t take things for granted and it definitely lives up the Master Rank level or G Rank.

In terms of requirements, you can access the story content and Master Rank content in Iceborne once you finish the main story of Monster Hunter World and are at Hunter Rank 16. While those are the main requirements on paper, you will not find things even remotely easy until you actually understand how to fight difficult monsters which is why I’d recommend spending a good amount of time in High Rank quests fighting tempered monsters or even tempered Elder Dragons to properly prepare for Iceborne’s content.

In terms of story, Monster Hunter 4 Ultimate is still my favourite for the series and I’m glad that Iceborne finally completes the story in Monster Hunter World and brings it nearly to the same level. I know many people don’t care about the story in games like this but it is always good to see developers actually put an effort into characters and make you care about them in a game where you’re essentially in a loop of getting better by taking down monsters to craft better gear to take down more powerful monsters.This loop remains the same even in Iceborne but the delivery is what makes it special. One aspect I’m very happy with in Iceborne is that the story doesn’t throw its pacing out of the window like it does towards the end in the base game. The conclusion is very nice because while it feels like a true end to what began with Monster Hunter World, there is still a lot of potential in the future to build on this in future games. Iceborne brings so much to Monster Hunter World that it often feels like a true sequel that just ends up being an expansion because it happens to involve a lot of earlier areas.

The Hoarfrost Reach is gorgeous and has a lot of points of interest and even secrets you may not find until later hunts. It is a massive area and one that is daunting when you begin your first Master Rank quest. While you’re already used to fighting against weather conditions in some earlier areas, you now fight against the cold in addition to the elements from Monsters and various status ailments. I was a bit concerned about the subspecies additions being too similar to the normal monsters but I’m glad to be proven wrong. The Viper Tobi-Kadachi fight you have in the beginning of Iceborne alongside the Coral Pukei-Pukei are a great appetizer for what you can expect before the real challenges follow. Capcom has definitely put in a lot more effort with the cutscenes in Iceborne not only for story moments but also for monster introductions.

When it comes to core gameplay changes, I already got a taste of the clutch claw and slinger additions during the beta but what I didn’t really understand at the time is how much I’d get used to both additions. The slinger moves being a part of combos for Great Sword completely changed how I play and I almost reflexively clutch onto any monster with a Mantle equipped now to soften a body part and deal more damage. Clutching onto a monster isn’t just an alternative to mounting a monster but something that can save your teammates’ skin when you manage distracting the monster to run into a wall or something. Each weapon has also undergone various changes and while the slinger’s addition is more than enough, I’d recommend spending a bit of time in the training area to check out some of the new combos and weapon changes. Speaking of the training area, it has been overhauled as well giving you another option with training setup where you can actually practice using the clutch claw well.

Barring additions to the training area, the Gathering Hub in Seliana which is your new base for Iceborne, is actually excellent, not just when it comes to aesthetics but also functionality. I know many straight up avoided the Gathering Hub in the base game because it lacked various facilities and we all hate going out to do something for a minute and then return to spend a few minutes in loading screens. Seliana’s Gathering Hub is where you should actually spend your time while playing with friends. There are loads of things to do and you have access to just about everything you would need before and after hunts when playing with friends.

Master Rank isn’t just about new content though. Master Rank has changed all the older monsters and going on a Master Rank expedition is vastly different compared to the low or higher rank one in the same area even when you fight the same monster. Master Rank Azure Rathalos and Master Rank Legiana with Shrieking Legiana will exhaust you mentally and physically if you use a more slow and melee focussed weapon like Great Sword and hunt solo. Seeing the Tzitzi-Ya-Ku turn while doing the flash move is one of my favourite early Iceborne moments as well. Some of the new elder dragons like Namielle or variants in Iceborne are brilliantly designed when it comes to how they have changed compared to the High Rank ones and also how they now just show up on expeditions while you are trying to hunt another monster. Unlike Low Rank and High Rank that both raise your Hunter Rank, Master Rank is its own rank that increases when you do Master Rank quests.

Monster Hunter World has a fantastic soundtrack with great orchestration. Everything from the small monster battle themes in different locations to the more memorable songs like Bazelgeuse’s theme are excellent. Iceborne has managed to top the base game soundtrack with all the new music including new takes on older melodies. There is a lot of new music and I’m not surprised that the official soundtrack for Monster Hunter World: Iceborne is three discs just like the base game. Seliana’s music is a huge upgrade over Astera’s theme and that is just the tip of the iceberg. Even the Hoarfrost Reach monster battle theme feels like a JRPG’s final boss theme when you hear it so often. The combination of hearing older monster roars with the upgraded visuals World brings is pure bliss.

In terms of visuals and performance, the Hoarfrost Reach is beautiful. Some of the areas you slowly unlock as you progress the story are gorgeous. Without spoiling anything when it comes to the story, I think one of the places you fight Velkhana is one of my favourite areas in the game. In terms of performance, don’t expect massive improvements in the “Prioritize Framerate” mode but I did notice camera panning was smoother than in the base game without the Iceborne patch. One visual addition I love is the new View Mode. While this isn’t a perfect photo mode that pauses the action which I had hoped it was, it is a great addition. You can even map it to the radial menu. Speaking of the radial menu, you can now have a new radial menu for use in Seliana or any of the hubs for communication and other non combat functions.

My only real complaint in Iceborne is in how you still are forced to watch cutscenes on your own before you can join a friend or have a friend join you for a hunt. There are ways to speed up this process but it remains the only real blemish on one of my favourite games of the generation right now. Capcom fixed and enhanced Monster Hunter World so much that it is disappointing to see this aspect not addressed at all.