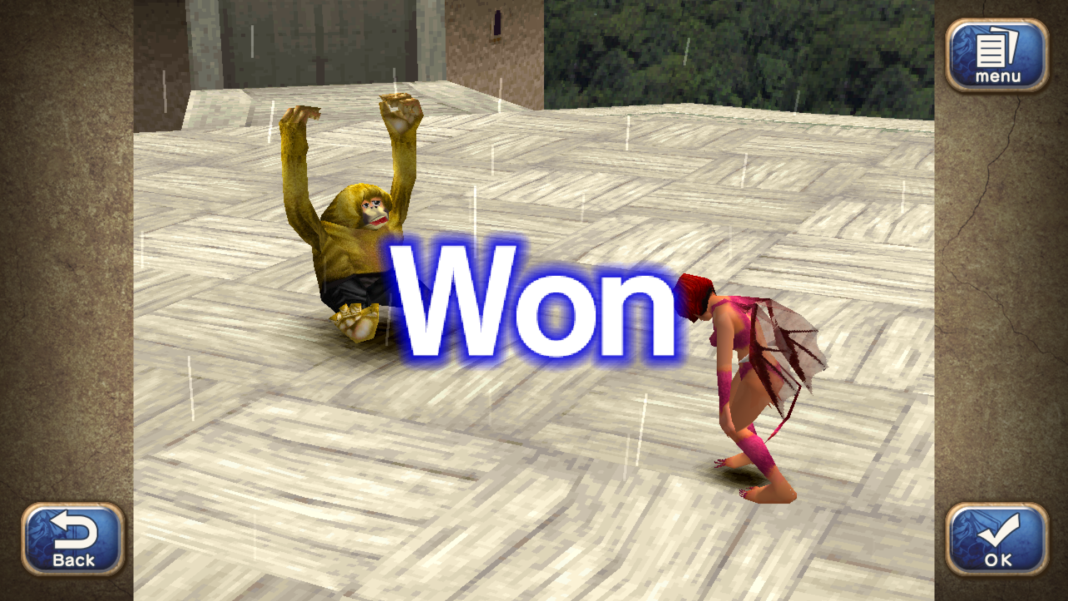 Over the years, Koei Tecmo has brought a lot of classic titles to the PC platform through Steam. These range from older games previously only available on console getting a PC port in the West for the first time like Dynasty Warriors 7 or retro titles that are available on Steam now without English support. When Koei Tecmo announced the new Monster Rancher releases, I didn’t expect it to see a release outside Asia, but the publisher surprised everyone. Monster Rancher 1 & 2 DX is a bundle of Monster Rancher and Monster Rancher 2 for iOS, Nintendo Switch, and Steam available worldwide. Over the last week, I’ve been playing the collection on all three platforms as my first foray into the world of Monster Rancher and here’s what you need to know about the PC release.

Monster Rancher 1 & 2 DX feels like it was built for iOS and Android first and then ported to other systems. You should have no trouble running this on even a laptop with an older card given the resolution options and the requirements below.

Monster Rancher 1 & 2 DX is a very bare-bones conversion. Not only is the release itself basically a port with some quality of life improvements, but the PC version has just two display options. You can choose the display mode and resolution. The latter goes up to 900p on the laptop I played Monster Rancher 1 & 2 DX on. You can also adjust the keyboard controls. There are no options beyond that barring the in-game options for fast forward and other settings.

Before getting to the actual performance and visuals in Monster Rancher 1 & 2 DX, the PC port handles the games a bit differently. On Nintendo Switch, the game boots up into a launcher letting you select either game and then proceeds to launch the game you select. On PC, the launcher opens up in windowed mode and I couldn’t get it to go fullscreen at all even after the most recent patch. Once you select a game, the launcher closes and then your game launches in fullscreen (if you enabled it in the settings).

Monster Rancher 1 & 2 DX runs fine on PC. It has a 60fps cap with some animations being done at a lower frame rate. On a laptop with an AMD Ryzen 5-3550H processor (2.1GHz Base speed up to 3.7GHz), 16GB DDR4 RAM, and an Nvidia GeForce GTX 1650 4GB GPU, I had no performance issues at all. The games scale well visually as well. The issues with Monster Rancher 1 & 2 DX are more to do with the features and age of the game than any performance or visual issues for the ports.

Another annoyance is the fact that the in-game manual just launches your browser with the official game manual website, rather than open it in-game. This means controller players will have to manually shut the browser window to resume playing.

Monster Rancher 1 & 2 DX was clearly based on the enhanced port done for mobile given the PC menus still say ask you to tap or touch rather than the interface saying click as it should for a PC game. Knowing that, it is possible to play the whole game using just the mouse. I wasn’t surprised by this considering you can play the iOS version with just touch controls, but it is still interesting to see.

The biggest annoyance while playing on PC is not being able to type using the keyboard as you normally would for naming. You still need to navigate the onscreen keyboard to enter text. This is pretty disappointing and I hope it gets addressed in a patch. You can however type at the shrine when trying to generate a monster using keywords from song titles or band names. This release needs some work so it doesn’t feel so inconsistent.

If you’re wondering about the differences between platforms, the biggest one is the local match option only available on Nintendo Switch. Barring that, the three platforms are at content parity. On the controls side, you can use controller, keyboard, and mouse on PC while the iOS version lets you use both touch and a controller. On Nintendo Switch, there is no touchscreen support which is disappointing but I know this will not be a big deal for most people. The PC version with a few visual tweaks through potential to make some of the huge buttons designed for a touchscreen smaller would help a lot.

If you prefer playing games on PC, the Steam version is a fine way to experience Monster Rancher 1 & 2 DX. The release itself has some issues that I hope get addressed including those that are PC-specific, but it is a good way to see what you missed if you had no idea about the Monster Rancher series until Koei Tecmo’s newer ports.

If you did enjoy playing the originals, this modern release does enough to warrant a purchase to own a modern platform. The modern method to generate monsters without using a physical CD is also well implemented. I imagine many people will spend a lot of time testing out different song titles for generating monsters.

It is a bit disappointing that you can’t buy them separately like you can on iOS, but Monster Rancher 1 & 2 DX is well worth looking into as a curiosity once it drops in price a bit. It is also another game with good regional pricing in some regions. If you are interested in it and don’t mind a slightly enhanced port of two older games, you will find a lot of depth in Monster Rancher 1 & 2 DX. Just don’t think of it as something that will rival newer monster collecting games given its age.

Hopefully this release does well to get a few more older ports from Koei Tecmo in the future.