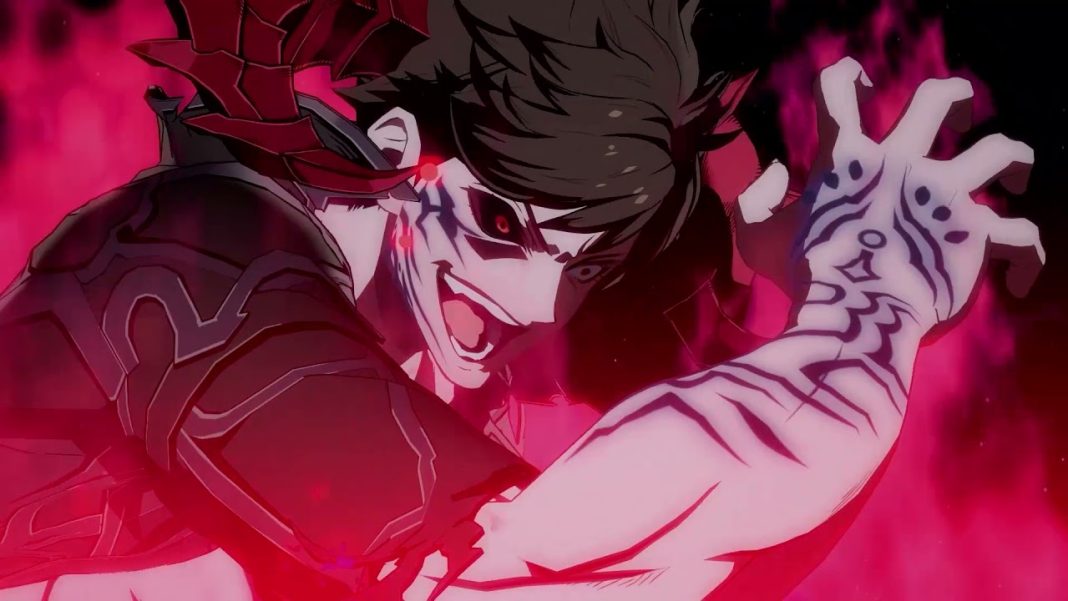 Updated on December 14 at 9 AM – Added English patch notes and character balance adjustments.

Vira and Avatar Belial have been added as playable characters and a new random select feature is now available. Additional weapons have been added to RPG Mode. Updates have also been applied to various modes and bug fixes have been implemented.

Vira and Avatar Belial have been added as playable characters.

The Lord Commander of Albion Citadel and a blademaster on par with Katalina, Vira excels at assault from mid-range.

She has various attacks ranging from the long-range Summon Luminiera to the rushdown Scarlet Oath, which can be used to close in on foes. Once in close range, Vira can apply pressure with a multi-hit stab attack, Darkane, or break foes’ defenses with her command grab, Blade of Light. The invincible Red Beryl Sword rounds out a balanced arsenal of skills that can be used for offense or defense.

Vira transforms into her ultimate form upon a successful Blade of Light or activation of the Luminiera Merge skybound art. Transformation will power up each of her (M) and (+) skills, and her Unique Action, Blade of Light, will become Graceview. Her overall combat abilities will be significantly enhanced with abilities such as an air dash.

Belial’s descent into madness is reflected in his appearance and his aggressive fighting style.

His attacks retain the intense pressure that he possesses as a boss character. These include Rejected Truth, a ground-traveling attack; Destructive Delusions, Goetia projectiles launched over a wide range; Habbakkuk, a high-speed beam projectile; and Blind Devotion, a close-range reversal option.

Finally, Avatar Belial’s biggest feature is that even though his (+) skills deplete his health, the cooldowns are significantly shortened. He also has access to Pacts, follow-up actions after various skills. These will also deplete his health but will change some of his skills.

*Lyst is Vira’s default weapon skin. The other weapon skins can be obtained through RPG Mode.

*Avatar Belial shares weapon skins with Belial, so the unlock requirements are the same. All of Belial’s available weapon skins prior to installing the update will be unlocked for Avatar Belial with installation.

The following new music tracks have been added.
– Another Sky (VS Vira)
– Morning Light Hymnus (VS Avatar Belial)

*These tracks are only selectable if Vira and Avatar Belial are available as playable characters.

Vira Lillie
Location: Albion Citadel
Unlock Requirement: Clear “Lord of Albion”
*Vira must be available as a playable character to start the quest.

The following characters can now be selected as the Quest Character and the Partner.
– Vira
– Avatar Belial

*Vira and Avatar Belial must be available as playable characters in order to be selected.

The following new treasure has been added.
– Vira’s Medal

*This item can be obtained through specific quest episodes on HARD difficulty.

Color variants for Vira have been added to Siero’s Shop.

The new random character select feature “Lunalu” will change the player character for each match. Results of these matches will be indicated as “Lunalu” and reflected in the rankings.

*When Arcade Mode is cleared with this setting, Lunalu’s ending illustration will be displayed.
*The player character will change even when rematch is selected at the result screen for Versus Mode, Player Match, and Online Lobby.

Vira, Avatar Belial, and Lunalu may now appear as foes.

Missions related to Vira and Avatar Belial have been added.

*Vira and Avatar Belial must be available as playable characters in order to be selected.

The following new track has been added to the Battle Music section.
– Another Sky (VS Vira)

The following lobby avatar has been added.
・Vira

*Vira’s avatar will only be available if she’s playable.

* For each owned lobby avatar, colors 9-18 can be purchased with Renown Pendants.

Color 19 can be selected if the Lv. 10 Character Color “Gran” from “Premium Battle Pass Round 4” was obtained.

Granblue Fantasy: Versus version 2.70 balance adjustments for characters are here.

Granblue Fantasy: Versus 2022 roadmap for updates and DLC